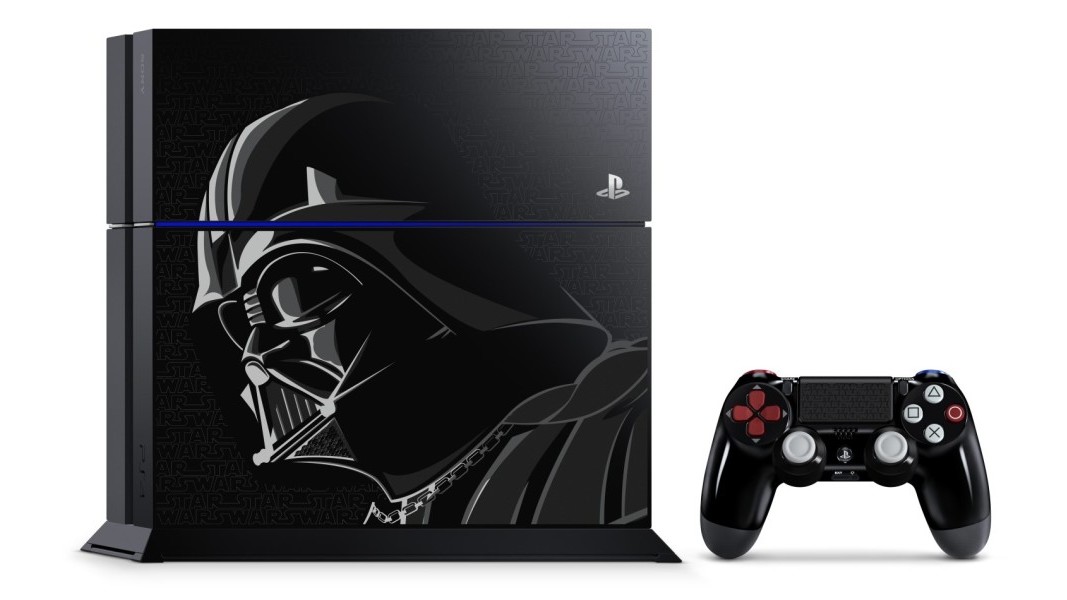 Sony has announced a limited edition PlayStation 4 console with Darth Vader artwork, which will be available as part of two ‘Star Wars’ bundles this November.

Both bundles include a custom 500GB PS4 as well as a DualShock 4 wireless controller in a color palette inspired by Darth Vader’s chest panel.

There’s also a Disney Infinity 3.0 bundle. It’ll be available exclusively at Walmart and include everything in the package above along with a copy of Disney Infinity and a set of Infinity figures featuring Luke Skywalker, Leia Organa and Boba Fett.

The bundles will be available on November 17. Sony says it will begin taking pre-orders soon.

Read next: This awesome Star Wars infographic shows off the series’ influence on future franchises