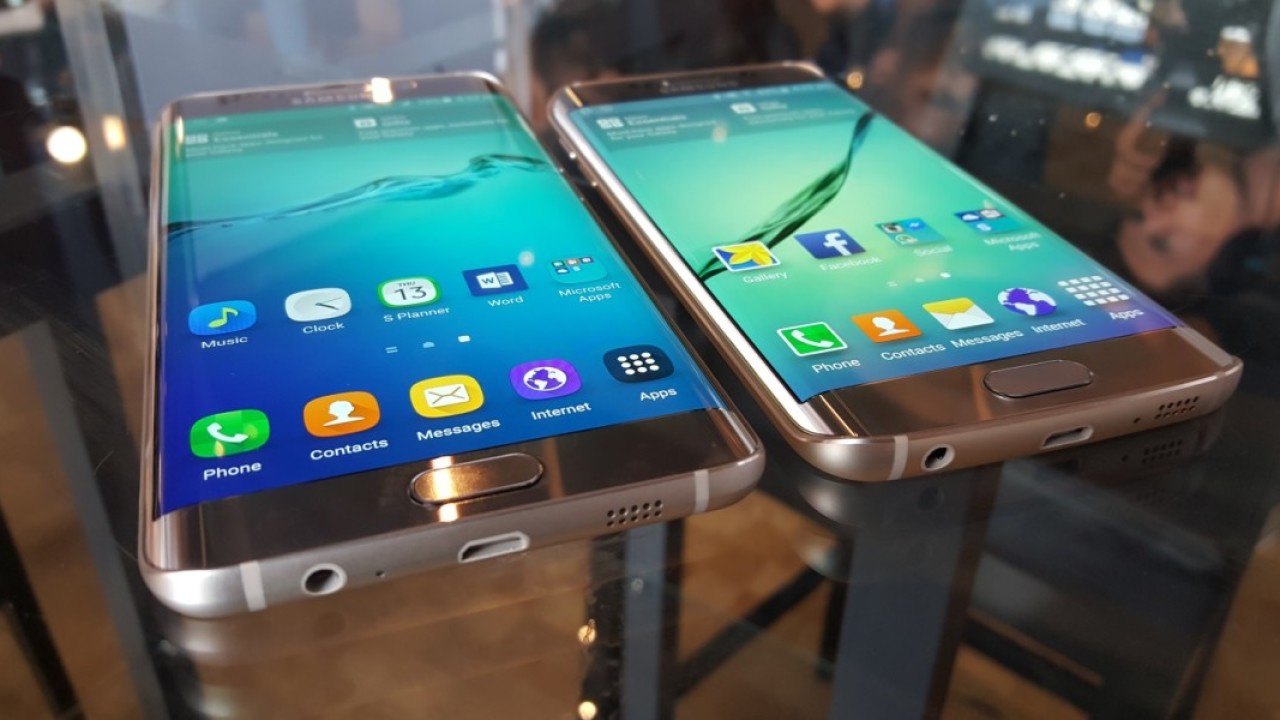 Samsung has launched the Galaxy S6 Edge+, a follow up to the first S6 Edge model, except this time it has a larger (5.7-inch) display.

There are few differences between the original model and the new S6 Edge+. If you loved the look of the Edge but found a 5.1-inch screen a bit too small, then you’re going to love the Edge+.

If you didn’t, you aren’t going to find anything new to like here.

The new model keeps the same curved edge on the display, but tries to make it a bit more useful this time around by letting you add your own apps to the quick launcher, rather than just allowing a few key contacts. It might not be a ‘killer’ feature, but at least it makes use of the device’s unusually shaped display, rather than it being purely for looks.

It does still look beautiful too though.

While in ‘edge view’, swiping left or right moves you between your list of app and contact shortcuts. The tab that you use to access the shortcuts is also now adjustable, allowing you to place it wherever you like on the side of the screen.

Under the bonnet, it offers an octa-core processor and 4GB of RAM to keep things ticking over, but in our short hands-on, there wasn’t a chance to really put the device through its paces.

On the rear, it offers the same 16-megapixel camera as the Edge, and on the front there’s the same 5-megapixel selfie snapper.

One of the new camera features for the Edge+ is the ability to combine four separate videos into one split-screen style. One of the four clips always has to play at regular speed, but you can adjust the others with effects and slo-mo as much as you like.

The S6 Edge+ also has a live-streaming mode, but the demo handsets locked down in ‘retail mode’ at the launch wouldn’t allow the app to be downloaded. It can also capture video at a 4K resolution, which is handy if you also have a 4K TV.

In its favor, for buyers that are interested in a large-screened phone, the 5.7-inch display on the S6 Edge+ is ultimately easier to hold and more comfortable as a result of its curved screen.

However, as much as people like big displays, they also like microSD expansion options and a removable battery, which are two things that the S6 Edge+ can’t offer.

The question, however, is whether the world needs or wants the S6 Edge+? Samsung is scrambling to turn round falling profits, so using the same internal specs for its flagship handsets (the Note 5 shares the same internal spec list) obviously provides some economies of scale that make churning out yet another device potentially worthwhile. Samsung’s home page currently offers 39 smartphones (in the UK, at least), so the potential for market confusion is real.

The handset will go on sale in the US and Canada on August 21 and at the start of September in the UK. Pricing hasn’t yet been announced, but judging from the price of the original Edge it’s will likely be at the high end of the scale.