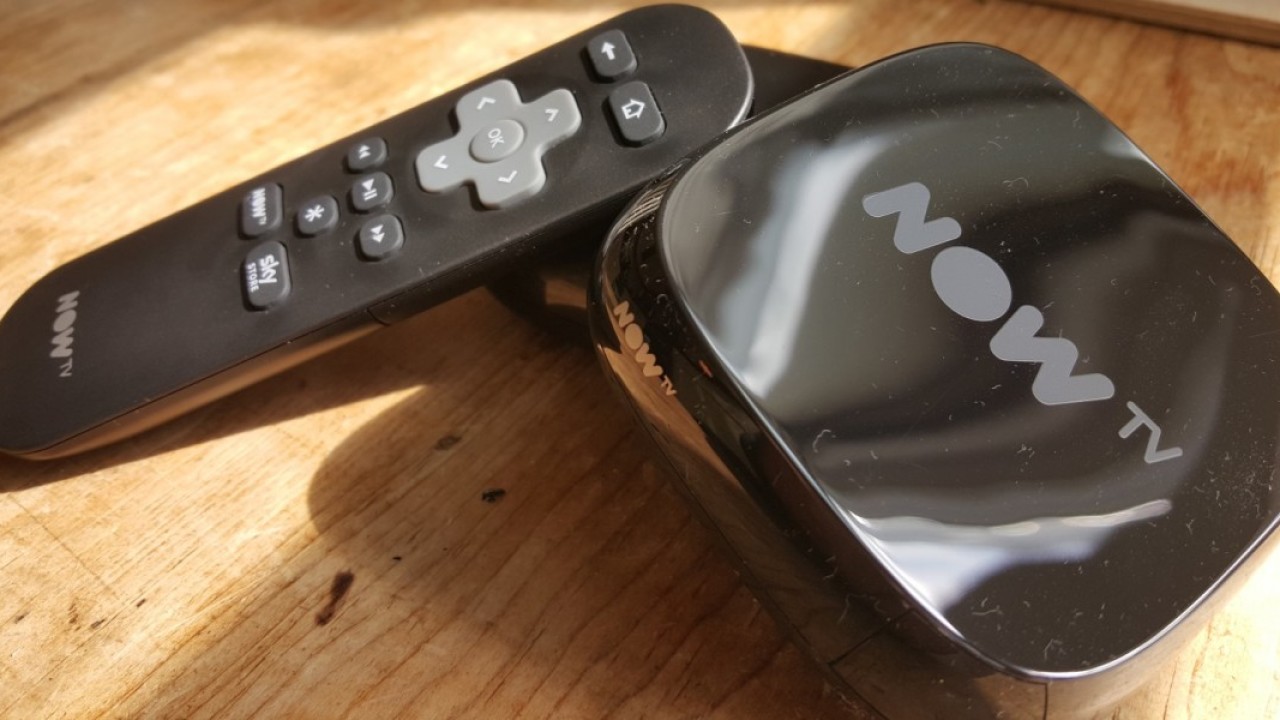 At the start of the year, Sky said it would launch a gutsier version of its first Now TV box, introduced back in 2013.

Back then, it cost £10. This time around, it costs £15. For the increase, you get a zippier processor and an ethernet port for hardwiring the unit to your network, which is useful if your Wi-Fi connection is a bit unreliable.

It looks largely the same as the first version, except this time around the unit I saw was black instead of white, which I prefer.

And as with first time around again, the box is based on existing Roku hardware.

Get on with it

There’s really not much to setting these units up, just plug in the power cable and then connect it to your TV via HDMI.

Then all you need to do is follow the on-screen setup instructions, beginning with connecting to your local Wi-Fi network. After that, it’ll update to the latest version of the firmware.

After all this, which doesn’t take very long but feels fairly interminable due to having to enter multiple passwords via the controller, you’re allowed to watch some TV.

It’s all about choice

One of the strengths of the Now TV box is that it taps into Sky’s selection of TV channels and movies, provided you’re happy to pay a monthly subscription for the Now TV service.

To me, someone totally disinterested in watching sport, that sounds like quite a lot of money, but if you’re an avid sports viewer the monthly option is clearly the way to go. Similarly, if you have a particular sport you’re interested in, having the option to opt-in for just one day won’t break the bank every now and again.

Movies are available either to rent or to buy. If you opt for the latter, a physical copy of the film will turn up at your door too.

Rentals for new titles cost around £4.50, while the purchasing options come in closer to £14.

For comparison, Netflix will cost you from £6.99 per month for access to HD movies. The selection is probably larger at any one time, but they also tend to be a lot older too, whereas Sky offers access to much new releases.

Alongside Sky’s own services, the Now TV box lets you install a whole range of third-party ‘channels’ too – from BBC iPlayer and All4 through to Facebook and Spotify. There’s a whole range of smaller channels and services to browse your way through too.

However, the elephant in the room is the lack of Netflix and Amazon Prime Video streaming options. It’s obvious why Sky wouldn’t want these rivals offering subscription services alongside Now TV and Sky Movies on its own hardware, but it’s a business decision that hurts the user.

On the hardware side of things, the box is certainly responsive enough and doesn’t leave you sat around waiting for things to load.

Unfortunately, while the hardware can support streaming in 1080p, Sky’s version of the Now box currently only offers up to 720p. While not much comfort, it should at least be reassuring to know that 1080p would be possible through a software upgrade, if Sky deemed fit.

You’re not going to buy this box because you love how it looks, and you’re likely to be buying it to subscribe to all three packages – else why not just get a full Sky package?

The reason you might well buy it, however, is because you want to access on-demand programming from some of the UK’s largest broadcasters on your aging non-smart TV, but you don’t want to pay very much money to do so.

It’ll appeal to anyone who wants to watch the odd movie now and then, or the occasional sporting event, but not anyone who’s a fan of Netflix or Amazon Prime Streaming and is used to watching as much as they want for a set-price.

Choosing a Now TV box over a Roku 3 or an Amazon Streaming Stick is like choosing to go ala carte instead of chowing down at the all you can eat buffet.

At £15, the box is easily the cheapest way to get your hands on what is essentially Roku hardware, but given the cost of content on the device, you’ll probably end up paying a whole lot more.