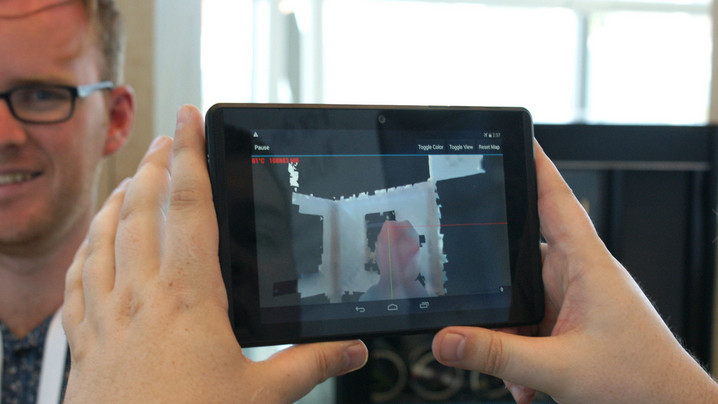 Google’s Project Tango is going international.  The company today began selling a developer edition of its 3D-mapping tablet in Canada and South Korea, marking the first time it’s been officially available outside of the United States.

The tablet features some solid specs, including an Nvidia Tegra K1 processor, 4GB of RAM, 128GB of storage and both Wi-Fi and LTE connectivity.

There’s a 7 inch 1920 x 1200 display and a 4960 mAh battery as well. Of course, the main highlight is the 4 megapixel shooter affixed to the back of the device, which is able to track motion in three dimensions and capture environmental features.

Project Tango first become available to buy in the US in May. Anyone can buy one, but Google emphasizes the device is designed for developers.

Google says it will be coming to more regions on August 26th, including Denmark, Finland, France, Germany, Ireland, Italy, Norway, Sweden, Switzerland, and the United Kingdom. To buy one, head on over to the Google Store.