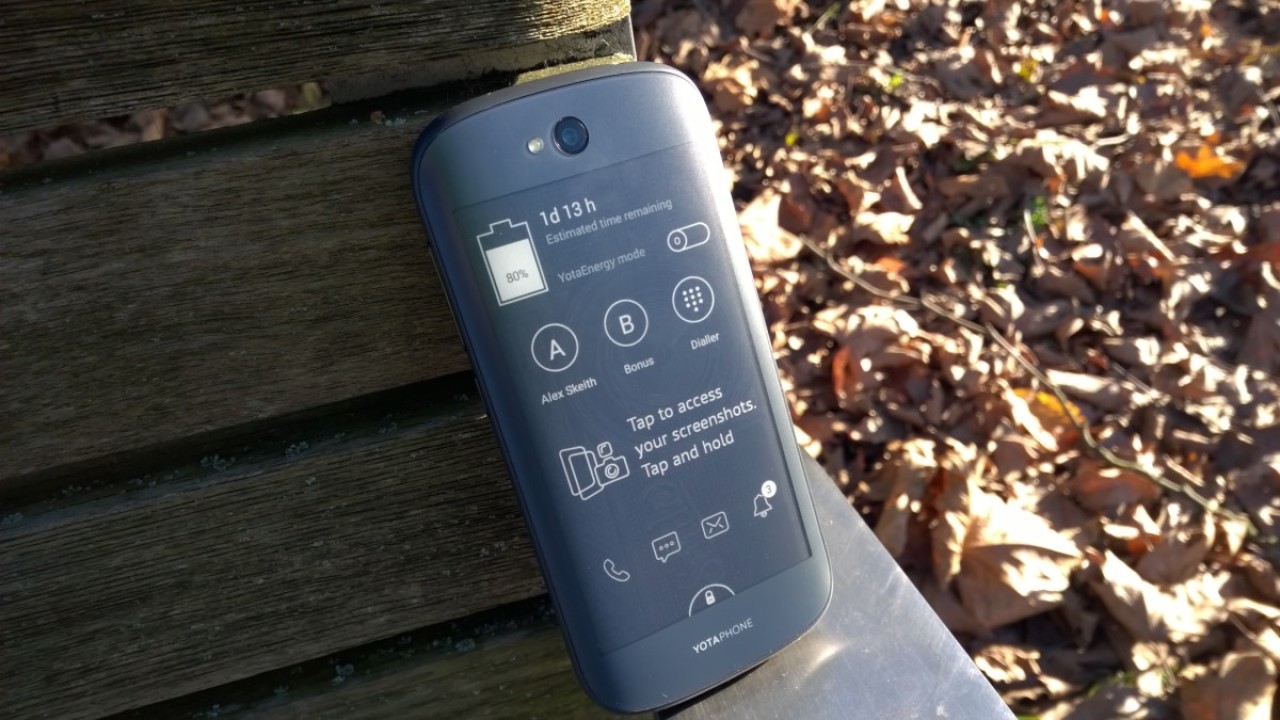 It looks like the YotaPhone 2 – the device that made the internet rounds due to its second e-ink display – will no longer be comer to the US. A shame, because we quite liked it.

According to The Verge, Yota Devices says it had to cancel the launch due to unforeseen delays in producing and delivering the North American variant of the device. “The logistics were insurmountable and the device would simply arrive too late.”

An Indiegogo campaign for the phone raised nearly $300,000, with backers who paid up $525 or more set to receive a phone of their own. The US retail price of the phone would have been $600.

That doesn’t mean it’ll be completely impossible for American Indiegogo backers to get their hands on a phone. Backers can opt for the international version, but LTE won’t work in the US, instead limiting them to HSPA+ with T-Mobile or AT&T.

If the lack of LTE is too much for you, however, you can can opt for a refund.

It’s another example of the struggles of crowdfunding, but YotaPhone says its recent growth has allowed it to partner with a new manufacturer – one that can support the scalability necessary to distribute the phone in North America – for its next generation of devices.

➤ YotaPhone 2 won’t be coming to the US [The Verge]