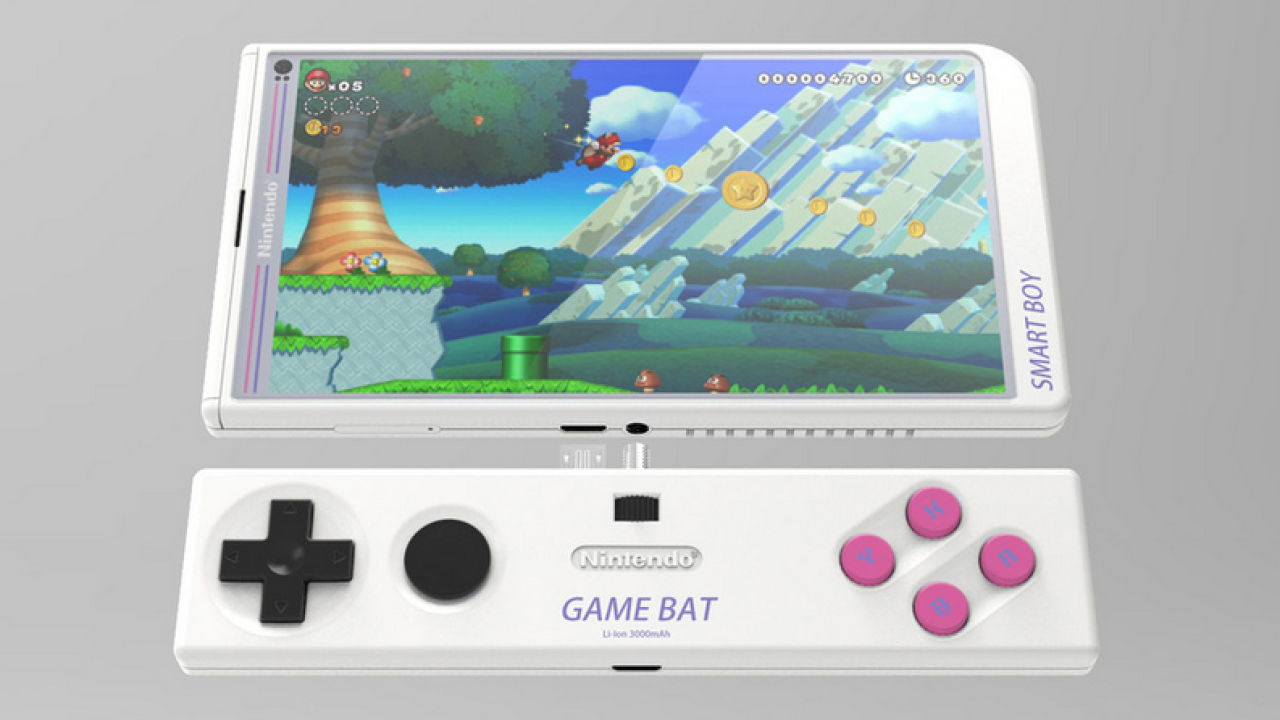 I’ve been thinking about Nintendo a lot since the terrible sadness of Mr Iwata’s untimely death.

He brought the company back to life by shepherding the Wii and Nintendo DS and focusing on wonderfully fun games. That’s why I think he would have loved this concept.

Thailand-based French designer Pierre Cerveau came up with the Smart Boy concept, which melds a modern Android smartphone with the aesthetic of the classic Game Boy.

The really smart bit is that he’s taken a leaf out of Google’s Project Ara playbook (or Fairphone’s current approach) and incorporated modular elements into the design.

That means a physical controller that can be added or removed at will, the possibility of additional memory and battery packs, and even the option of an interchangeable camera module.

The best feature of all? The 8-bit power-saving mode. The most touching? The “In loving memory” dedication to Mr Iwata.

While the Smart Boy itself is never likely to make the leap from beautiful renders to a buyable product, it’s worth noting that Nintendo has patented ideas around interchangeable controls for a handheld device.

I would love to see this kind of vision in Nintendo’s next assault on the mobile world. It’s already experimenting, so why not? As for Cerveau, he’s got form for creating great concepts – check out his Macintosh Phone too.

Read next: ‘I’m sorry, Mario, but our prince is in another castle.’ A tribute to Satoru Iwata.