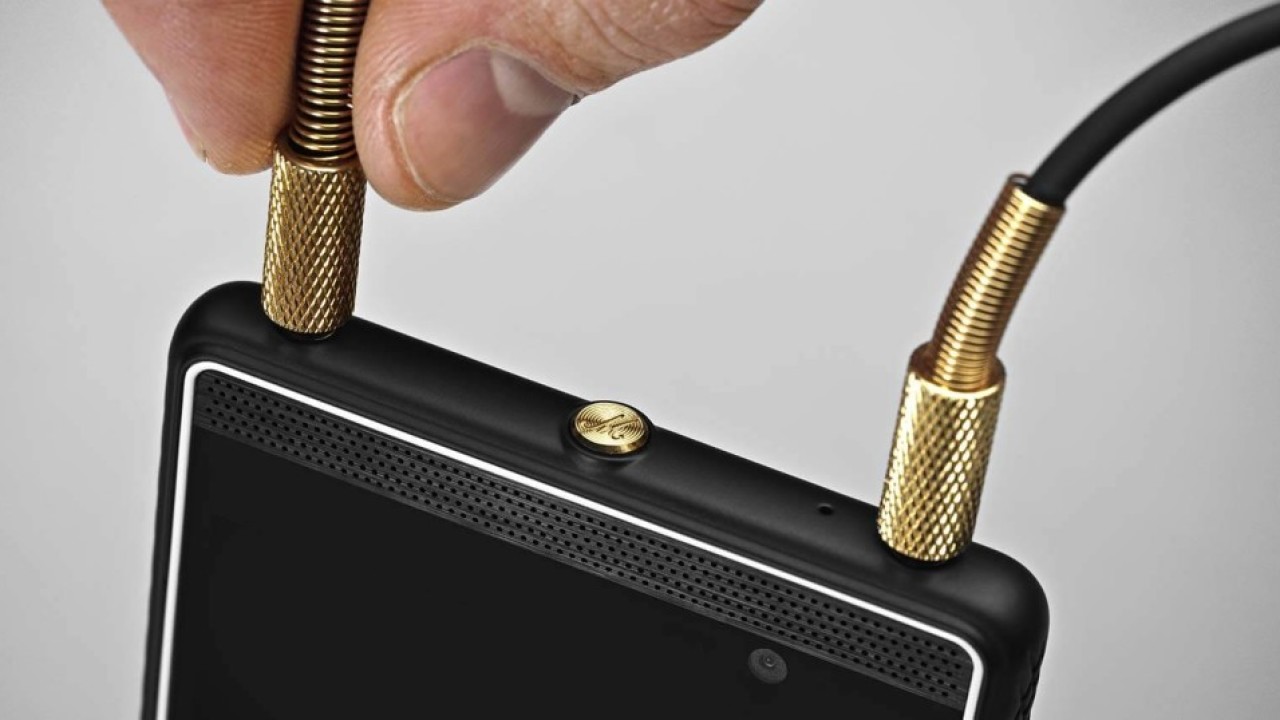 For reasons we can’t explain, Marshall Headphones has released an Android phone.

Simply called the London, the phone is pretty standard on the inside with 4G LTE, 720p display, 2GB of RAM, 16GB of storage and an 8-megapixel camera. The difference, according to Marshall, is that this has been designed for music.

The site says the London “might just be the loudest phone on Earth” with two-front facing speakers. It also sports dual headphone jacks so you and a friend can watch movies or listen to music together, without the need for a dongle.

Marshall also touts a special Wolfson WM8281 Audio Hub which is dedicated to audio playback at a “higher resolution” — a claim we’re dubious about, though. An “M” button on the top opens your favorite music app instantly.

The device features Marshall’s classic gold detailing on the buttons and volume rocker, and comes only in matte-black. It looks damn good.

On the software side it runs Android 5.0.2, and comes pre-loaded with a special global audio equalizer along with a special DJ app to get your mixing on.

If you’ve always been dying for a music-first phone, this could be the device for you. It’s likely that Marshall isn’t creating this phone itself, instead working with a manufacturer to build the device on its behalf.

➤ Marshall London [via The Verge]