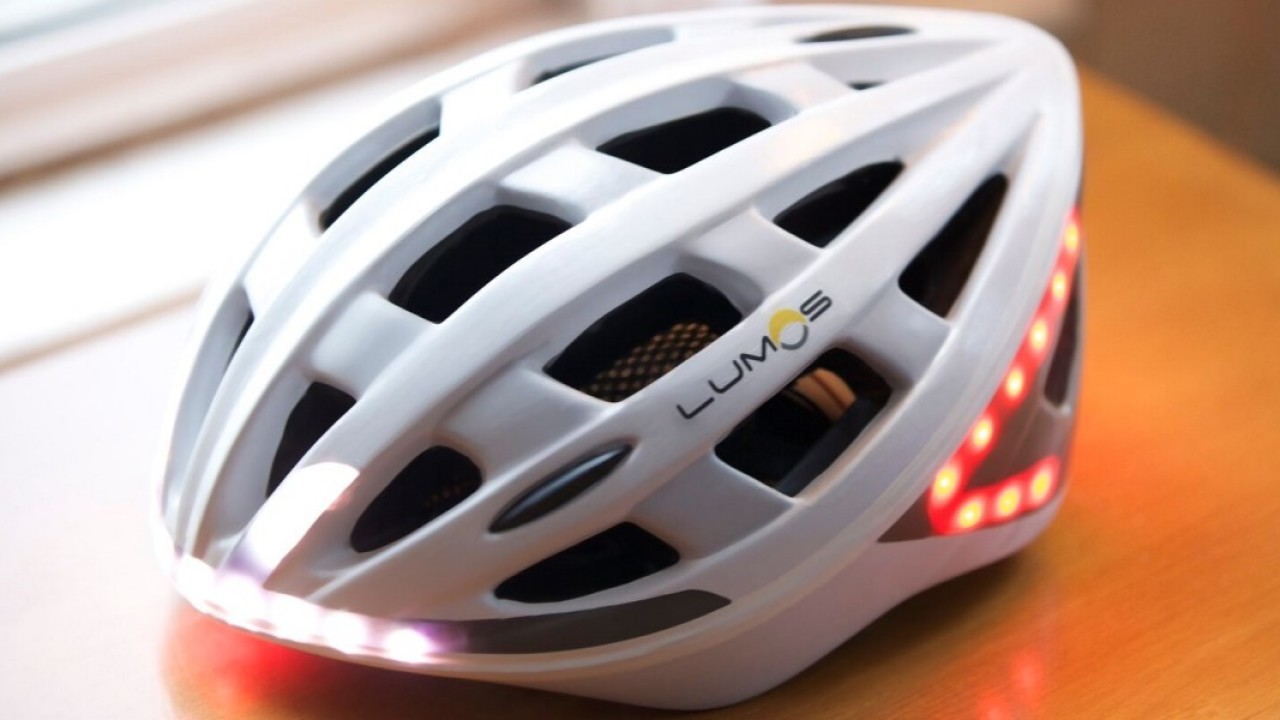 If you’re a city cyclist, or indeed an rural road warrior, you’ll already know that taking to your bike is a perilous pursuit – even if all you’re trying to do is get to work.

In an effort to redress the safety balance somewhat, Lumos is launching a Kickstarter campaign looking to raise $125,000 for its helmet with integrated lights and flashing indicators.

You control the indicators via a small wireless remote that can be attached to your handlebars. Brake lights automatically activate when the accelerometer in the helmet detects that you are slowing down.

Battery life is stated at around one week, based on an average of using the helmet for about 30 minutes each day, and it’s water-resistant and has a micro-USB for charging.

Most importantly though, it’s still designed to be a regular ol’ protective helmet too, conforming to US and European safety ratings.

‘Super Early bird’ backers can reserve one of the first batch of Lumos helmets for $85, with the price rising to $99 and then $119 as each tier sells out. The first batch is due to ship in April, with subsequent orders to follow along in June 2016.