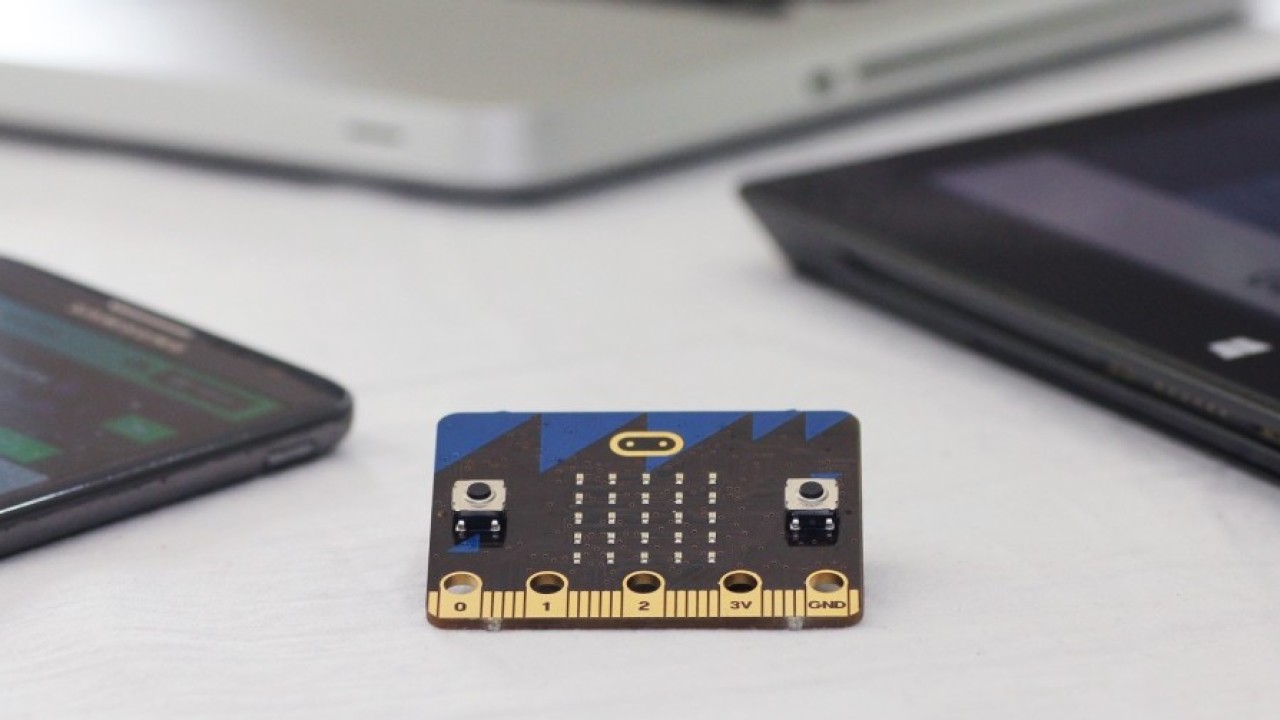 The BBC announced the BBC Micro:bit, a new pocket-sized computer inspired by the classic BBC Micro, back in March. Now it (along with a roll call of significant partners) has unveiled the final design and spilled some more details.

The project is a collaboration between the broadcaster and partners including ARM, Barclays, element14, Freescale, Lancaster University, Microsoft, Nordic Semiconductor, Samsung and the Wellcome Trust.

Every year 7 (6th grade) child in the UK will receive a BBC Micro:bit for free. That means up to 1 million devices will be distributed in the first batch.

The device has 25 red LEDs which can light up to flash messages or be used to create games, two programmable buttons, an accelerometer, a built-in compass, Bluetooth and five I/O rings to hook it up to other kits and sensors.

While it could look like the Beeb and its many partners are about to dominate the maker space in the UK (and potentially beyond), its quick to stress that the Micro:bit is designed to play well with Raspberry Pi, Arduino, Galileo, Kano, littleBits and others.

In the 80s, the BBC Micro was a really influential project for a lot of kids that went on to become coders or otherwise work in technology. The new Make it Digital initiative, which includes the BBC Micro:bit, is a welcome move to encourage young people to get involved.

The BBC micro:bit will start arriving in schools in late October. It’ll be supported by a dedicated responsive website at microbit.co.uk.

Read next: Shaping the future: BBC is giving over 1 million kids the key to becoming digital innovators