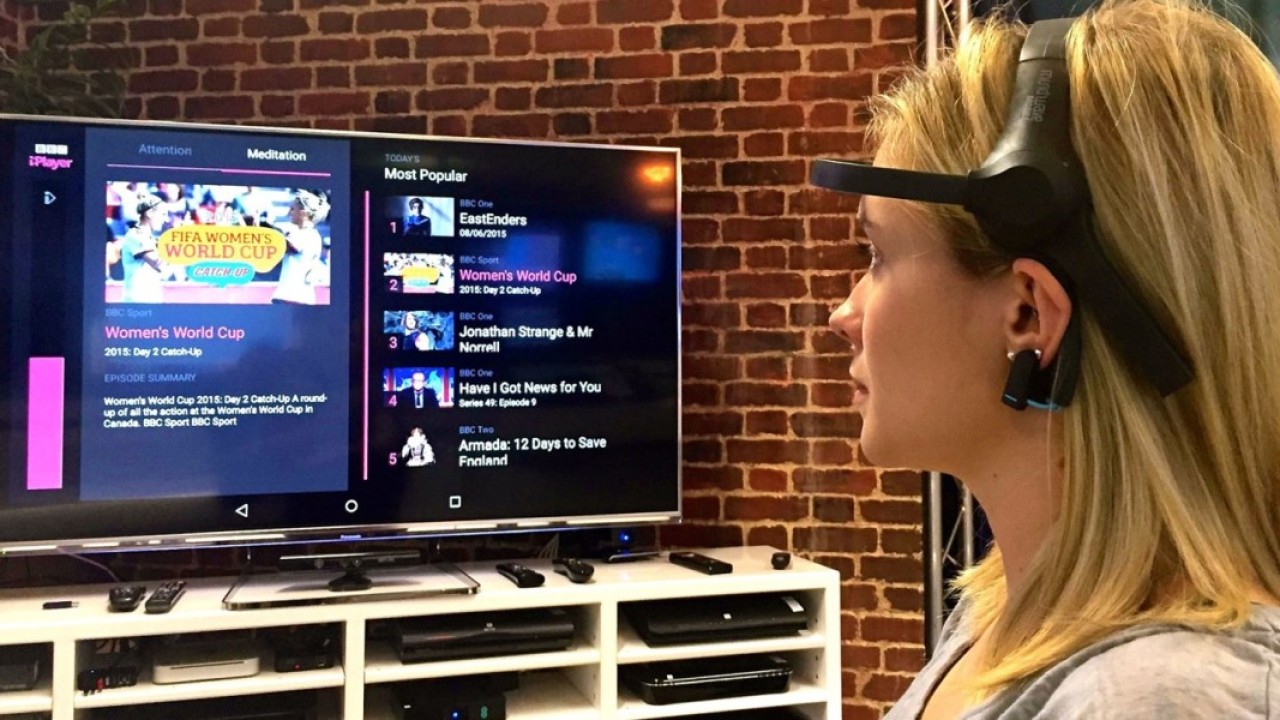 BBC is trialing new technology that lets you control your TV using your brain.

Developed by BBC’s digital division and user experience studio, This Place, the Mind Control TV project uses a cheap headset that reads brainwaves to let users select a program to watch by mentally focusing on it.

The EEG headset has two sensors to measure electrical signals from the user’s brain, while the interface of an experimental version of the network’s iPlayer app allows them to choose between concentration or meditation mechanisms to control the app.

To select an on-screen option — such as ‘launch BBC iPlayer’ — the user must ‘concentrate’ on it. Next, you’re presented with five of BBC’s popular programs to choose from, for a few seconds each. You’ll need to concentrate on the one you want to watch, in order to play it.

A meter shows you how much brain activity you’re generating. Once you cross a certain threshold, the app will perform the necessary action.

The BBC notes that this is a very early experiment to explore the possibilities of this technology. However, it might one day be used to help people with physically limiting disabilities like motor-neurone disease or locked-in syndrome to access online content more easily.