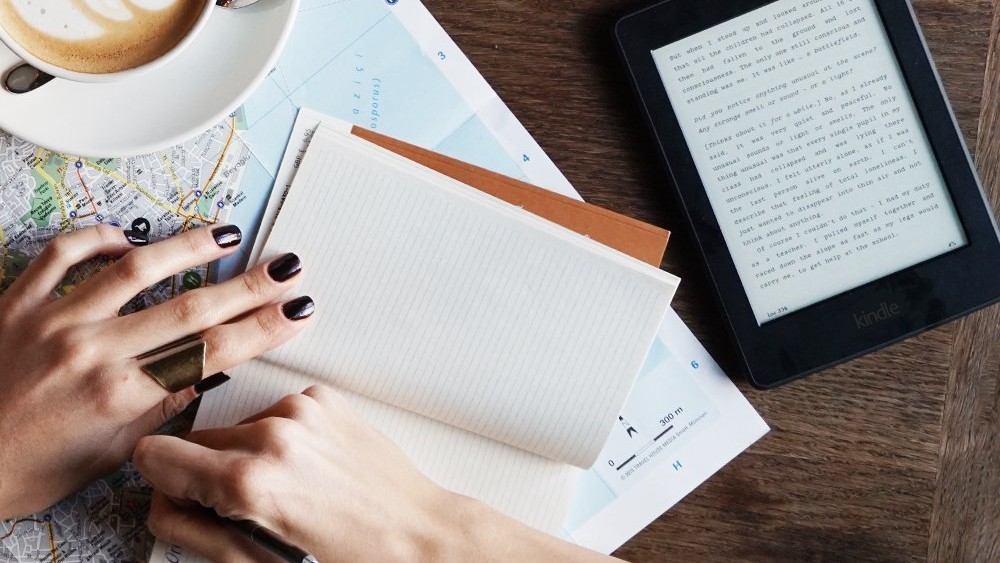 The Kindle Paperwhite is about to get a lot easier to read. Amazon today announced the successor to its best-selling Kindle, with an improved high-resolution display, Amazon’s new font and an advanced typesetting engine.

The new model takes a page out of the Voyage’s book with a 300 DPI e-ink panel, or twice the resolution of the previous panel. That should make text look a lot clearer, with the pixel density we now typically expect of smartphones.

It also includes a new font specifically designed for reading on digital screens, called Bookerly. Amazon says it’s great for reading at any size, and takes advantage of the improved screen so that you can read with less eye strain. Bookerly was first introduced in May, and is already available on mobile.

Amazon also created a new typesetting engine that helps keep the reading experience more akin to a physical book. It’s now able to hyphenate to keep layout edges sharper, for instance, while new kerning automatically adjusts character spacing to remove distracting whitespace. The company says its new engine also improves the overall page layout, with better support for dropcaps and images while still allowing you to change your font size and line spacing. Your layout, indents, and and margins will dynamically change as you edit either of those parameters.

The font and layout improvements will be available on “over half a million books,” and Amazon will be converting more every week. The features will arrive through an over-the-air update, and older Kindle models will be upgraded to the Bookerly font as well.

Thankfully, Amazon was able to introduce the new features without changing the price; it still costs $119, with pre-orders starting today and the first units shipping June 30.