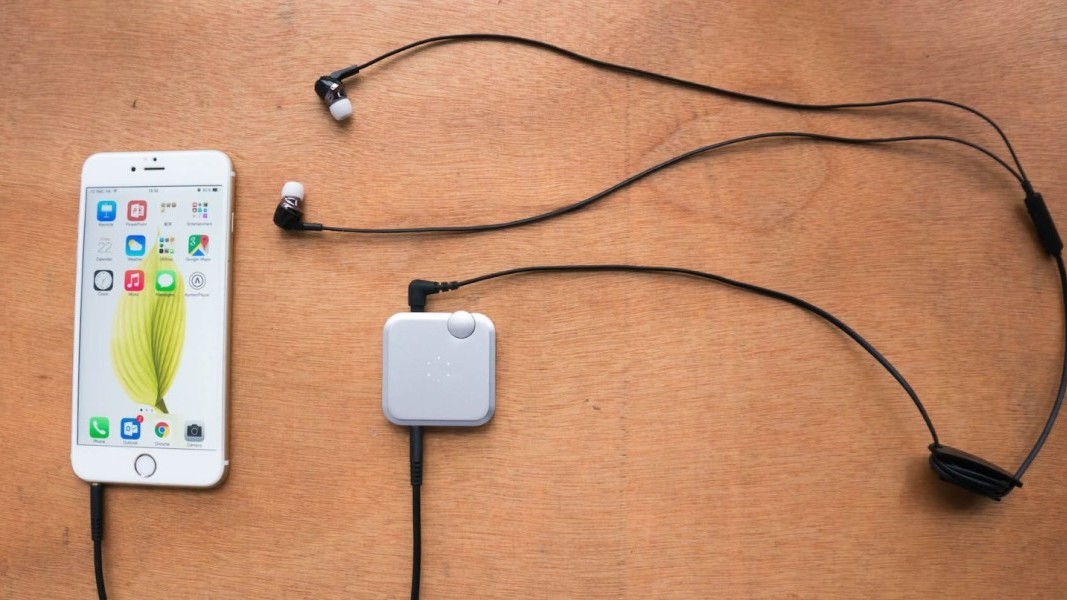 The merit of high bit rate music services like Tidal or devices like Pono are up for debate when the average person’s hearing may or may not be good enough to actually tell the difference between high or low-quality audio.

Aumeo wants to change that with its gadget that tailors everything you listen to – music, TV, movies, gaming – to your own personal sound profile.

The company is launching the project on Indiegogo today looking to raise $40,000 in pursuit of better audio. At the time of writing, it had already raised more than $15,000 within 30 minutes of the public unveiling.

In essence, it’s a little box that sits between your headphones and whatever else you’re plugged into for listening – provided you’re connecting via a jack, and not wirelessly using Bluetooth – that tunes the output to your ears precisely.

To go alongside the device, there’s a companion app for iOS and Android devices. The app is available to download from today, but only accessible to people who get a code by backing the Indiegogo campaign.

Right now, all the app does is give a general idea of the sort of listening improvement you can expect via the device once it launches.

After running through a multi-step setup process to attenuate the output to your ears, you get to listen to a demo off Bach’s Air on a G String with the Aumeo’s processing switched on or off.

Switching between the two settings – despite it being an early demo version – reveals a clear difference between the unfettered and filtered audio, with the latter seeming clearer and louder.

Of course, as it’s a crowdfunding project, there are no guarantees that the company will make its goal or deliver to backers on time – currently scheduled for November this year.

That said, a spokesperson for the company told TNW that there is already a working prototype and manufacturing plans are in place. If it doesn’t reach the full goal, Aumeo will be seeking external funding elsewhere to deliver the project on time, the spokesperson added.

To date, Aumeo has received an undisclosed seed investment from Brinc, an Internet of Things (IoT) accelerator and investment fund based in Hong Kong.