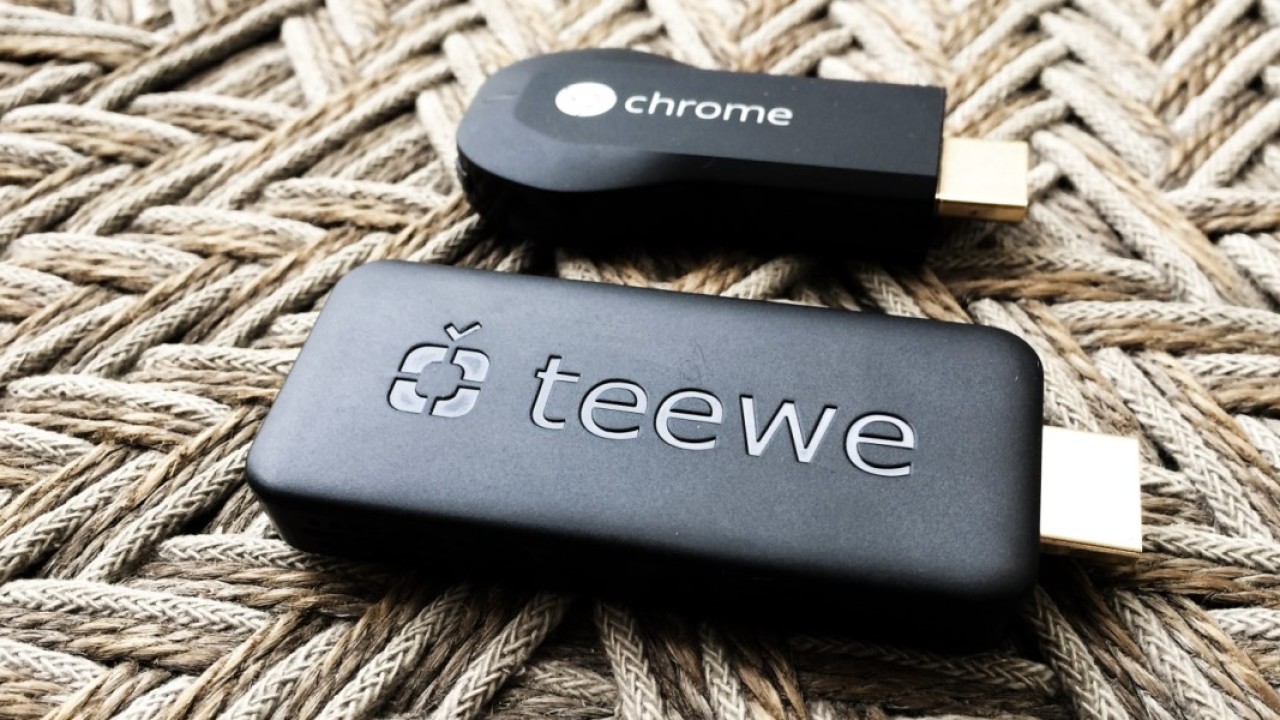 Google sure took its own sweet time launching its Chromecast TV dongle in India, so it’s no surprise that the device has some competition in the market.

The most notable contender in the streaming HDMI dongle war? The Teewe 2. It’s got a lot of great features that put it ahead of the Chromecast, performs well and is cheaper than Google’s offering.

The streaming stick has been designed by Bangalore-based startup Mango Man. As the device’s name implies, this is the second iteration of the Teewe dongle, which first launched in 2014.

If you’ve just bought a new TV or are tired of your cable service, you’ll definitely want to get a cheap dongle to enhance your experience. Here’s what the Teewe 2 is all about.

While the outer shell is made from plastic, the Teewe 2 is fairly well built and nicely finished. However, it’s a bit chunky, especially when compared to the Chromecast. That could be an issue when you’re trying to plug into the cramped rear panel of your TV, but I managed to hook it up just fine.

The Teewe 2 comes with an HDMI extension cable and a power adaptor with a detachable USB cable, so you’ll able to connect it to your TV one way or another.

Under the hood, the Teewe 2 packs a dual-core 1.6 GHz ARM Cortex A9 processor, along with 1GB DDR3 RAM and a quad-core GPU to handle HD video.

For those who’ve spent time with the original Teewe: version 2 is smaller, features an improved Wi-Fi chip and power adaptor for fewer connection issues.

Configuring the Teewe for the first time is as simple as with the Chromecast and only takes a couple of minutes with the mobile app. I did encounter an error message while getting started, but rebooting the app fixed that, and I was on my way to enjoying some quality streaming entertainment.

The Teewe 2 has apps for Android, iPhone, and Windows Phone, as well as a Chrome extension and a desktop app for Windows, Mac and Linux — so you shouldn’t have any trouble using it.

Teewe’s Android app lets you configure the device, search and play videos from YouTube and also stream music, photos and videos stored on your device.

I also tried the iOS app, which is limited to streaming only Web video and your local photos.

All these features work as advertised. I was able to control video playback on the Teewe 2 without a hitch — Chromecast is often iffy and the seek bar rarely updates on my devices.

You can also add videos to your playback queue from various sources and have them stream without skipping a beat.

Teewe’s desktop app is more like a streaming server, with a library for all your local content that can be accessed via your other connected devices. Point it to your video folders and in a couple of minutes, you’ll have a neatly organized catalog of movies and TV shows to enjoy, all wrapped up in a clean and simple interface.

Unfortunately, its ability to parse metadata isn’t exactly on point — it missed a couple of movies in my folder. And for some reason, it wouldn’t let me remove any items from my library.

Once you’ve got it all loaded up, you can launch content on your TV straight from your desktop. Plus, you can control playback and even look up your desktop library for more stuff to watch with your phone or tablet.

If you’d like to stream videos from your browser, the Chrome extension’s got you covered: Launch any page with a video and click the extension button to beam the video to your TV.

If you’re watching a video on a YouTube playlist page, Teewe’s extension will let you add all or as many of the videos from that list to your queue. It’s a nice little detail that wins Teewe a few brownie points over the Chromecast, which isn’t as friendly when it comes to Web video.

For users in India, Teewe offers 60GB of Airtel broadband credits worth Rs. 1,500 (roughly $24) and a two-month subscription to Eros’ Now TV, music and movie streaming service, but it’s still in the works and I didn’t get to try it out.

Once I had everything set up and my popcorn ready to go, I fired up the Teewe and…

The device takes about half a minute to boot. It may not seem like a big deal, but that’s what you’ll have to deal with every time you turn on your TV. If it’s supposed to replace my cable service, it’s got to be as convenient to use, if not more so — and this boot sequence does mar the experience a bit.

Teewe’s onboard software is a tad ugly. It’s a shame that it doesn’t feature a nice splash screen and decent typography.

Playing local videos from my phone and desktop was a snap, as was loading up content from YouTube and from other sites using Chrome. You can also mirror your Chrome tabs to your TV, but but the quality is low and isn’t responsive as the Chromecast.

Teewe generally maintained a stable connection, but occasionally required an app reboot to recognize the device. Also, tapping the Now Playing bar while searching for content in the app sometimes didn’t pull up the right screen, or restarted my video.

Small niggles aside, the Teewe 2 does what it says on the box and makes it easy to enjoy local and Web content from your desktop and mobile devices.

While the Chromecast relies on third-party apps to play locally stored content, Teewe offers a capable media server for the task. Meanwhile, Teewe only works with its own bundled software for content streaming.

So which one should you buy? If you have a large video library stored on your desktop, the Teewe 2 is a good choice for hassle-free playback. You’ll also save a few bucks when choosing this over a Chromecast.

Mango Man says it’s also working on bringing more content providers on board, so users in India should be able to get a lot out of this device in the coming months. Until then, it’s a solid choice for streaming local and Web content without a fuss.