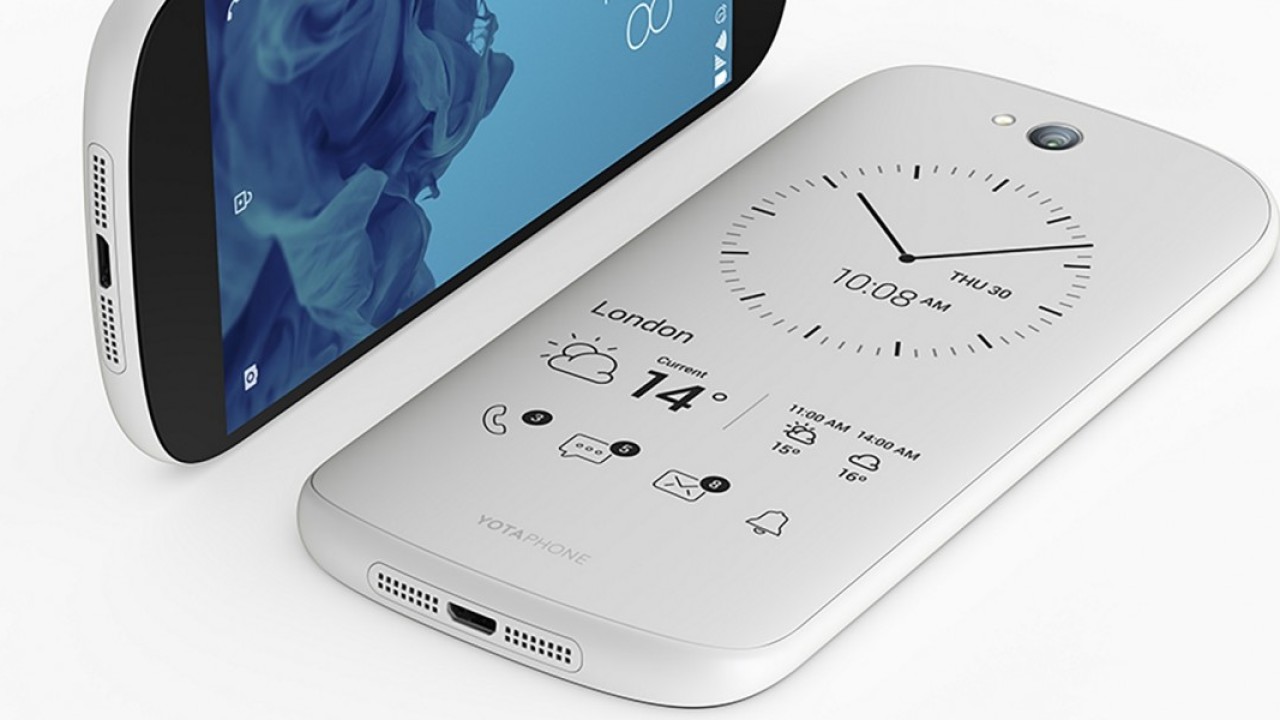 Yota Devices, the Russian manufacturer of the YotaPhone and YotaPhone 2 has today announced a revamped version of its second-generation handset that promises improved performance, significant software tweaks and a new black on white design.

The ‘limited edition’ white handset, more excitingly than the new color shell or inverted colors on the 4.7-inch e-ink display, introduces the second-generation of the company’s custom YETI UI for the ‘Always On’ rear display.

It’s now a lot easier to customize the rear covers and apps displayed on the e-ink screen. One of the most used features – using it to display different images as covers – can now be achieved in just a couple of taps, instead of the six-step process it was previously.

There are also all-new widgets to make better use of the full-size EPD (Electronic Paper Display). For example, there’s one for email to keep you in touch with your Gmail inbox, YotaSports (powered by EuroSport), YotaNotes for impromptu tasks or lists, and YotaEnergy to let you know how much battery life you’ve got left.

For social fiends, you can also now have full screen Twitter, Facebook and Instagram widgets on the rear display. There’s also a Musixmatch music recognition widget for the ‘Always On’ display too and a YotaFitness app for tracking your movement.

The updates aren’t being reserved for the white YotaPhone 2, however, and will roll out to existing black YotaPhone 2 devices.

The point of focusing the updates on the rear display is not only that it’s the device’s main differentiator from the rest of the market, but that it’s also the main selling point of the phone itself.

Beyond providing ‘always on’ functionality, the more the e-ink display allows you to do without switching on the main screen, the longer the battery will last – and people love a long battery life.

A spokesperson told TNW the white YotaPhone 2 running the new OS should last a heavy user at least two full days and can outlast any other flagship smartphone on the market by around three times. These are claims we’ll have to wait to test for ourselves.

When you do flip the phone over to use the front screen, you’ll find Android 5.0 (Lollipop) and the standard array of Google features and services.

Better than any of the feature updates or color changes, however, is the new price of £440 (around $680); the YotaPhone 2 originally went on sale at £555. The phone is available from today via the YotaPhone website.