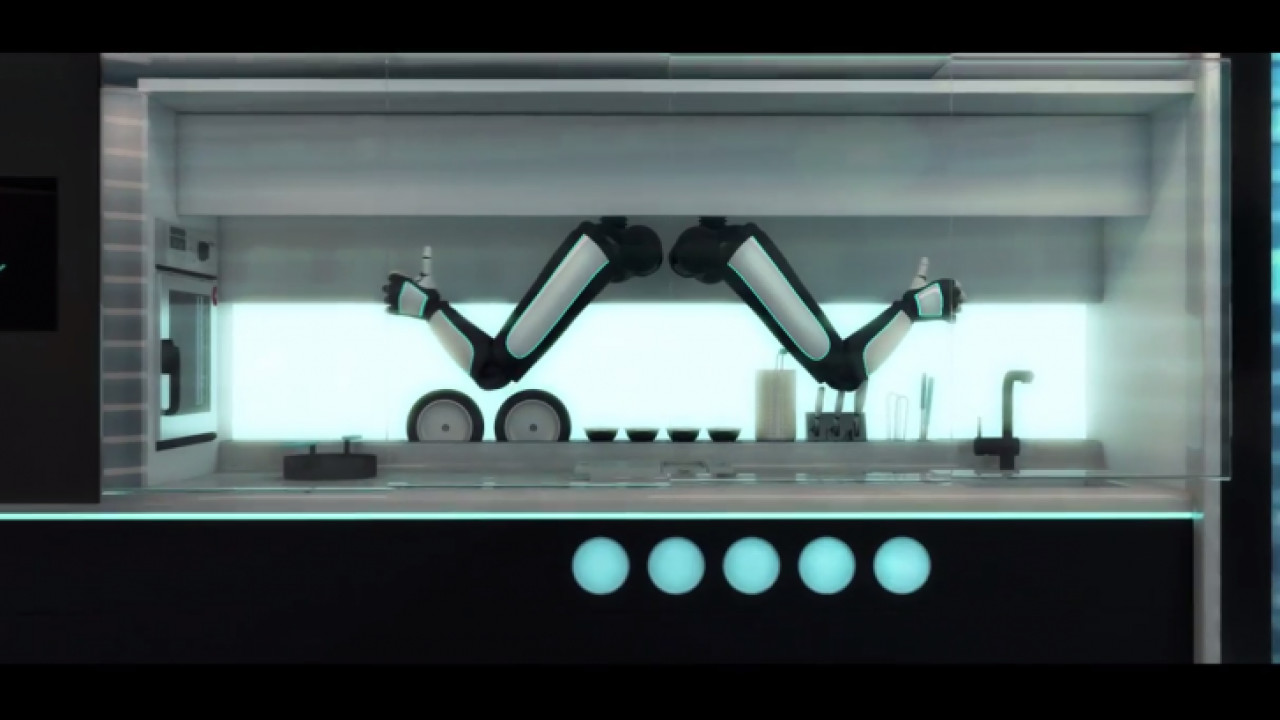 Taking on-demand services and laziness to a whole new level, a London based robotics company has created a robot for your kitchen that will cook you dinner from scratch.

The robotic chef is the brainchild of Moley Robotics and will be ready for market in 2017 after it finishes training under MasterChef champion Tim Anderson. The robotic sous-chef will have 2,000 recipes programmed by then and you will be able to select what you’d like through an accompanying app.

You can select and tailor your recipes to suit your needs by adjusting the time you have, listing your allergens, how many calories you want to consume, the type of food, and even what equipment you’d like to use.

Anderson told BBC: “It’s the ultimate sous-chef. You tell it to do something – whether it’s a bit of prep or completing a whole dish from start to finish – and it will do it.”

The prototype impressed onlookers at Hannover Messe industrial fair in Germany this week when it whipped up a crab bisque in front of the crowd.

And while there are other advanced kitchen appliances on the market like the Thermomix by Vorwerk, the robo-chef differentiates itself by being more than a souped up food-processor. It works the same way our hands do in the kitchen with the ability to use multiple utensils, so it can potentially cook just about anything.

The hands themselves, manufactured by Shadow Robot, are ‘human-sized’ and incorporate 129 sensors, 24 joints and 20 motors. They learn by watching a human cook and turn the tasks into commands to drive the hands.

Rich Walker, of Shadow Robot, spoke to the BBC about the complexities of putting your full trust in the knowledge of a robot in your kitchen. How would it know when the eggs are done? How would it cope with something that could curdle? Walker says:

“Something would change; we would see it in the sensor data. Maybe something gets stiffer or softer. We should be able to sense that and use it as the point to transition to the next stage of the cooking process.”

As it stands, the current version requires ingredients to be placed and prepped in advance – some of you will be glad to hear the robot has not been trusted with knives yet – so there is still quite a lot of work to do before we can start hanging up the aprons.

That being said, robotics are slowly becoming less taboo, and although the use of them in our homes is still in the early stages, this robo-chef could be the product that changes that – the microwave of the 2000s, just a tad more expensive at $15,000.

The company has said that the aim is to offer the product at a consumer-friendly price, and incorporate a refrigerator and dishwasher so it would presumably replace most of our common kitchen appliances.

So, if you’re one of those people who sees cooking as a chore, now might be a good time to start saving for your own robotic chef.