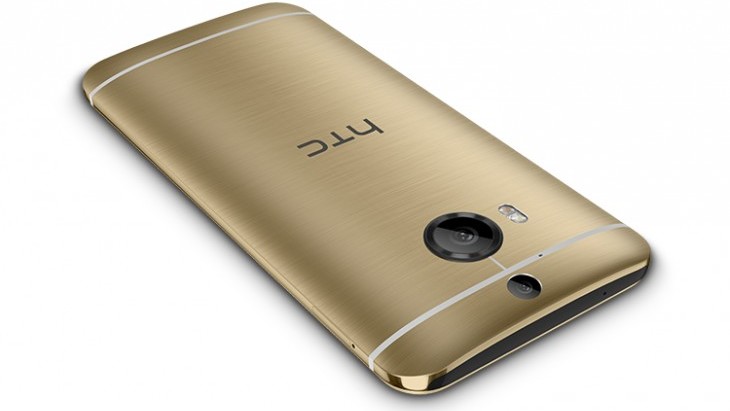 Weeks after announcing the HTC One M9, the company has revealed the HTC One M9+ – a larger version of its counterpart with the addition of a fingerprint scanner and Duo Camera.

The device was unveiled in Beijing and is only available in China at the moment. HTC hasn’t yet announced sales in other regions, a release date or even pricing for the device.

The HTC One M9+ has a slightly larger 5.2-inch Quad HD display than the original One M9, as well as 3GB of RAM and an octa-core MediaTek MT6795T chip. It has the same 20-megapixel camera with the addition of the Duo Camera function which allows for extra bokeh and 3D after-effects on your images. It has the same UltraPixel front-facing snapper too.

A fingerprint scanner is built in the home button and will work with AliPay Wallet, the popular mobile payment solution designed specifically for China.

It will be available to buy in three colors: a combination of silver and gold, all-gold, and gunmetal grey.