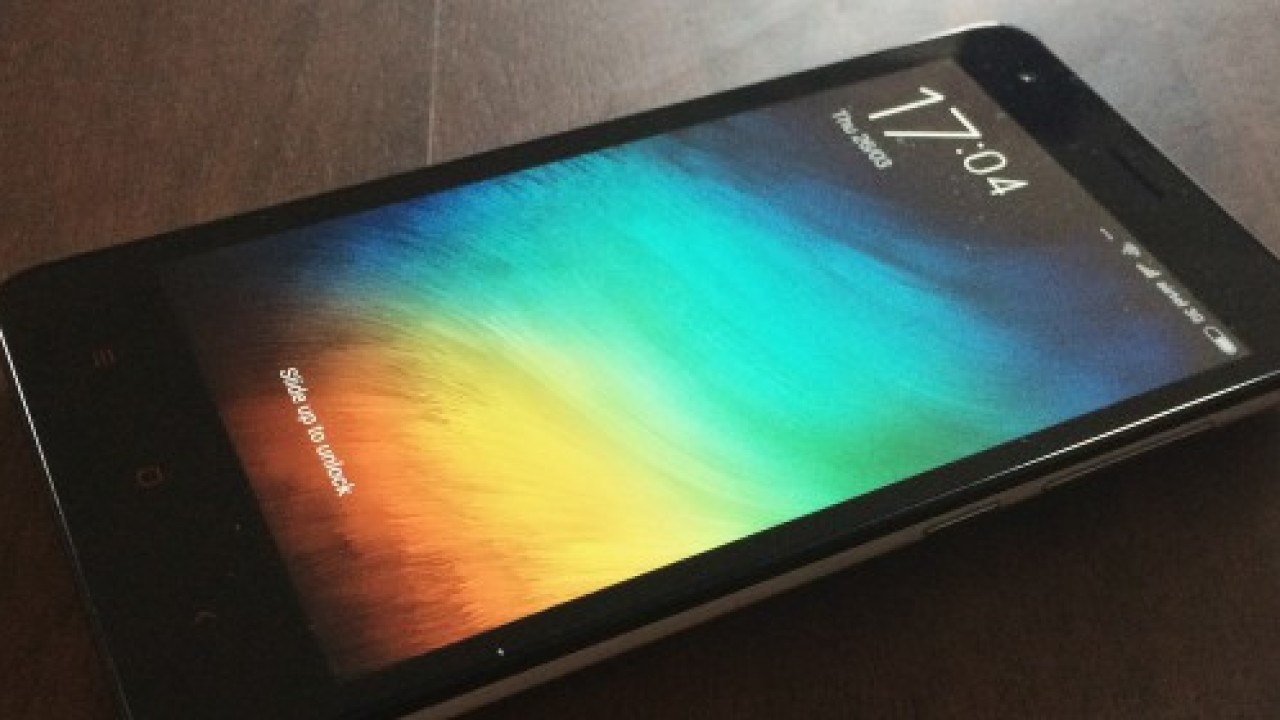 Chinese smartphone maker Xiaomi’s Redmi 1S did extremely well because of its low price point and powerful specs. Clearly, the company knows how to make a good, cheap phone.

It’s looking to replicate its success with the revamped Redmi 2, announced in January. I put the Rs. 7,000 ($112) device through its paces to see if Xiaomi can walk the walk in 2015, and here’s what I found.

Even though my daily driver is a 5.5-inch OnePlus One, I’ve always been partial to smaller devices like the iPhone 5s. The Redmi 2 is a bit larger than the iPhone 5s but feels just as pocketable and easy to handle because of its size and the soft-touch matte back. It’s about the same size as the Redmi 1S but is thinner by a hair at 9.4mm and lighter by 25g at 133g.

Xiaomi claims that the phone’s back cover is fingerprint and grease-resistant. At TNW, we’re all about the details, so I took it upon myself to test this claim by handling the phone after going through a bag of potato chips. I’m happy to report that the back indeed doesn’t get too messy, though you really should wash your hands after you eat.

The volume rocker and power button are lined up on the right side of the phone. I’m not really a fan of this and instead prefer OnePlus’ button placement: rocker on the left, power on the right — it’s a lot easier to differentiate between buttons.

The Redmi 2 is protected by scratch- and shatter-resistant AGC Dragontrail glass in front, and feels solid all over. That’s more than you generally get at this price point, and if you’re not too clumsy, you could use this without a case for the most part.

The 4.7-inch  720p IPS display is really nice for such a low priced device. At 312 PPI, text, icons and photos are crisp and look great with the brightness turned up. Plus, the IPS screen makes for excellent color reproduction at just about any angle.

The phone’s speaker is unfortunately positioned on the back, near the camera. I’m not sure why Xiaomi chose to repeat this mistake with its second iteration — rear-mounted speakers always sound muffled when placed on a table or any other surface, and the Redmi 2 suffers from the same problem.

That being said, you won’t really miss out on much. You can hear game audio and speech in videos and podcasts just fine, but for the sake of others around you, don’t bother playing music on it.

The Redmi 2 is a 4G Dual SIM affair with a few neat features up its sleeve. It supports Quick Charge 1.0, which lets you juice up the 2,200mAh battery to 30 percent in about half an hour.

Speaking of the battery, I comfortably got through an entire day of normal use, including calls, messaging, a bit of gaming and taking pictures, without worrying about running of power. It’s nice to know that the feature-packed MIUI ROM doesn’t force you to compromise on battery life.

The phone also supports USB OTG so you can plug in flash drives to expand memory, and gamepads too. It also handles both SIM cards smartly. You can name each card whatever you like, and the dialer will remember which one you used to call or text a contact for later.

We’ve talked at length about Xiaomi’s brilliant MIUI 6 OS before. While it was nice to see it on a higher-end device like the Mi 4, it’s a real treat to see all these features on a cheaper phone.

MIUI 6 has a very capable email client, a useful security suite to manage your phone’s files, memory usage and app permissions, Mi Cloud for backing up your contacts and photos, and a neat camera app to boot.

Plus, it’s gorgeous. Launch any of the usual smartphone tools like Clock, Calendar, Calculator or Compass and you’ll find beautifully designed apps that you’ll actually want to use and not replace.

There are also several neat little touches — like the ability to move and delete multiple apps at once from the home screen — that make MIUI a real improvement over stock Android.

You can also choose from a wide range of themes that customize your wallpaper, icons and lock screen. Xiaomi has a team of dedicated designers in India who create content specifically for users in the country, based on topics like cricket and local festivals.

Even with all its bells and whistles, MIUI doesn’t slow the down the Redmi 2. You can comfortably switch between email, browsing, music, and YouTube without encountering any lag or reduced responsiveness.

If I had to choose between stock Android, MIUI and Honor’s Emotion UI, I’d happily go with MIUI any day. My only gripe is the launcher’s lack of an app drawer, but you can always replace it with something more flexible like Nova Launcher.

The Redmi 2 has an 8-megapixel f/2.2 28mm wide angle camera on the rear. It supports software features like face recognition, HDR, panorama, burst mode for up to 10 shots a second, exposure control, real-time filters, and 1080p video recording.

While it’s not a bad camera by any means, I wasn’t happy with the large depth of field (which means that most objects, including those in the foreground, middle ground and background are sharp) and the overcompensating white balance.

Most of my pictures turned out far more yellow than I’d have liked, and adjusting the white balance setting made them look too cold.

The 2-megapixel front camera is capable of snapping decent selfies in well-lit environments. It also does 720p recording for video chats. As with other phones that offer a similar feature, don’t go overboard with the beautification tool as it’ll blur out details.

The Redmi 2 is powered by a Qualcomm Snapdragon 410 1.2-GHz CPU and 1GB RAM, with an Adreno 306 GPU to tackle graphics duties. There’s 8GB of onboard storage, and a MicroSD slot to add 32GB more space.

Surprisingly, this phone makes light work of running multiple apps and maintaining playable frame rates on demanding games — even if it doesn’t render graphics at high resolutions with smooth anti-aliasing. It’s certainly not as as snappy as more expensive devices, but you won’t see it stutter much at all.

Xiaomi’s knocked it out of the park again with a winner of a phone. At $112, this is a great device that offers a premium Android experience without breaking the bank. Plus, it’s a lovely size and the matte back feels great in your palm.

I’d go with the Redmi 2 over the new Moto E because of the OS, better cameras, higher resolution display and cleaner styling. The only point it loses out on is that it’s running an older version of Android.

The company says its low-end devices will get Android Lollipop updates later this year, and hopefully that includes the Redmi 2. Even with Android 4.4.2 , it’s a joy to use. If you’re in the market for a budget phone, this is a great choice.

Read next: Honor 4X: a fast, capable, budget Android phablet that can go all day long