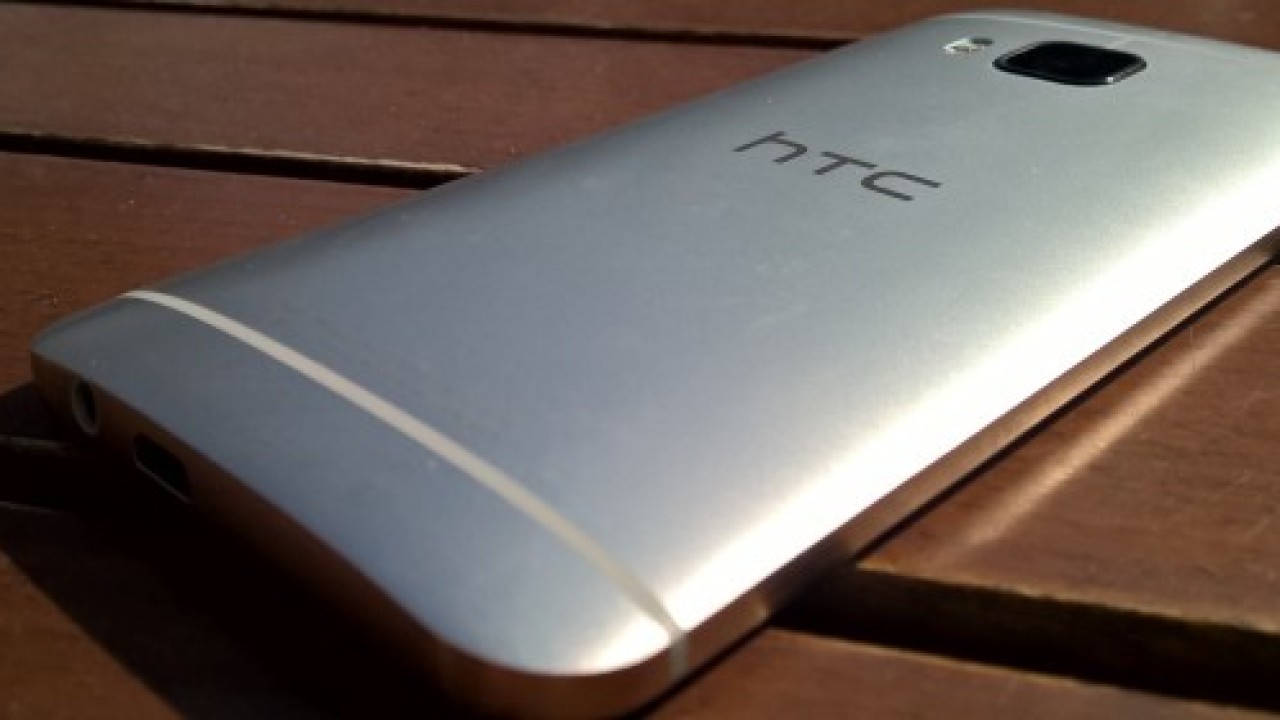 HTC seems to have a bizarre phenomenon on its hands. It keeps designing flagship handsets that win design awards and the heart of many a tech reviewer, but fail to actually propel the company to the sort of performance of some of its rivals. Or even its early success with the Desire range at the beginning of the smartphone boom.

The HTC One M9 probably won’t worry the competition too much, but that’s by no means to say it’s a bad handset, or that it shouldn’t be on your shortlist.

It’s more that, if you already like the design and performance of the One M8 or M7, you might well look at the M9 for your next upgrade, but if your last phone was waterproof, or used any sort of biometric security, the M9’s core spec list isn’t going to inspire much excitement.

Nonetheless, HTC has focused on refining the camera and audio experience, and delivered a new version of its custom Sense UI to keep things feeling a bit fresh.

I spent a few days with the handset to see if it could live up to its range’s pedigree, or more than that, take the fight to its rivals.

As with other handset makers’ hero devices, HTC has stuck firmly to its tried and tested formula with the One range – that is, you’ll find a sleek unibody metal chassis. The rear of the phone now has a scratch-resistant coating and slightly different curvature from the previous models to make it easier to hold. I don’t recall the M8 being particularly drop-prone, but it’s still nice to know someone is thinking about these things.

From memory, I’d have sworn that this year’s One handset was actually a little fatter than last year’s, and I’d have been right. In reality, it’s 9.61mm thick versus 9.4mm though, so there’s virtually nothing in it – and the One M9 is actually a little lighter than the M8 at 157 grams versus 160 grams.

About half way up the right-hand side of the phone, there’s the power button – which I found to be a little awkwardly placed at first – and just above that are volume controls. Above that once again, there’s room for a microSD card.

On the opposite side of the handset, there’s another pop-out drawer for your Nano SIM.

Aside from these minor changes, there’s only one tangible difference in the look of the handset – there’s now an contrast-color band running around the edge of the handset. The color of this accenting (gold, here) depends on the base color of the handset, but it’s certainly pretty subtle.

On the front, there’s a 5-inch 1080p display that delivers 441 pixels per inch (PPI); the same display found in last year’s handset – and this isn’t really a bad thing. As you can see from the shot above, it’s a bit of a fingerprint magnet. It’s perfectly bright enough to be visible in sunny conditions outside though.

On the rear, where there was once an UltraPixel camera and additional depth-sensor for gimmicky effects, there’s now a more run-of-the-mill 20-megapixel snapper, which is very much welcomed given the UltraPixel cameras were always far too variable in their performance for my liking. More on the camera later.

Under the bonnet, there’s 32GB of storage on board (and support for microSD cards up to 128GB). Keeping it all ticking over is a Qualcomm Snapdragon 810 Octa-Core CPU (a pairing of 4 x 2GHz + 4 x 1.5Ghz chips) and during the few days I got to play with it, there were no problems in this regard at all. I didn’t have any lag or jitteriness when gaming, and there was no problem when quickly switching between a long list of running apps. That’s to be expected though in a flagship, really, and a longer test would be required to see how well it deals with the accumulated build up of files over time.

The battery is listed as 2840mAh and HTC says it will last for up to 400 hours on standby, and more than 20 hours of talk time (while connected to a 3G network). In my testing, it seemed to fare better than average – with moderate calling, texting, internet use and listening to podcasts through Bluetooth connected headphones for a day, it still hadn’t depleted. It might not quite get you through two whole days if you use your phone a lot, but if you’re a more moderate user it probably will.

Perhaps the biggest changes to the One flagship come in the software. With Sense 7 HTC is aiming at automating certain contextual functions. For example, this automation might come in the form of letting you tweak the colors of the theme applied throughout your OS by using a specific image as your reference color and background.

As well as changing the color scheme based on the background image (as you can see with the different pictures above), once you’re happy with the basics, you can then tweak individual settings (icons, sounds, font, etc.) to your specific liking.

This personalization also comes in the form of a contextual home screen widget that shows you different apps based on where you are, the time of day and other relevant information to try and only keep the services and features you need at your fingertips. This widget itself is customizable too.

Ultimately, if you’re the sort of person who makes your own folders, this could potentially be a bit annoying, but you always have the option of removing the widget, or populating the area around it with apps that you know you’ll always want to access wherever you are. As well as automatically allowing it to select which profile to use, you can use the drop down arrow to select between the options.

HTC has also given BlinkFeed a bit of a minor overhaul too, so now this will offer up contextual information based on your location, which gives you tailored news results, recommended places and other information. It’s not a feature that will convert BlinkFeed haters, but there’s always the option of just turning BlinkFeed off altogether, which is more than some other hardware makers might offer.

Aside from HTC’s tweaks to the OS, you get Android Lollipop as the base OS and access to the usual array of Google Apps and services.

HTC has ignored the temptations of going beyond its essential feature set with the One M9. It’s not waterproof. It’s not dustproof. You can’t log in with your fingerprint or with an iris scan. What it does strive for, however, is a best in class audio and video experience, and a camera you can just about rely on.

On the audio side of things, ever since the introduction of the dual front-facing BoomSound speakers on the One M7, HTC has been known for good-sounding phones. It’s also part of the reason that the company doesn’t strive too much to create the absolute slimmest handset money can buy – it makes a device light on the pocket, but a small chassis also delivers tinnier sound.

This time around – following the end of its partnership with Beats after Apple bought the company – the One M9 comes with Dolby Audio, whether you’re listening through the built-in speakers or with headphones.

It makes a difference too – I compared the output side-by-side with an iPhone 6, and while comparable in volume, the iPhone lacked the depth and richness the One M9 delivered.  It’s still a phone though, so it’s not going to be a long-term replacement for your stereo.

It’s a similar deal with the main 20-megapixel rear camera too – it’s not going to replace any better-than-average dedicated shooter, but it does just fine for everyday snapping.

On the plus side, it takes a shot pretty quickly and and provided you ensure you’re properly in focus and in reasonably good light, you’ll get a bright and sharp image. As with many, it performs best outdoors or in otherwise bright conditions.

As you can see in the test shots below, in the images with shadowy areas, the camera does a decent job of keeping enough contrast to retain some detail, but in others it fails to keep enough balance to stop the sky looking completely blown out. 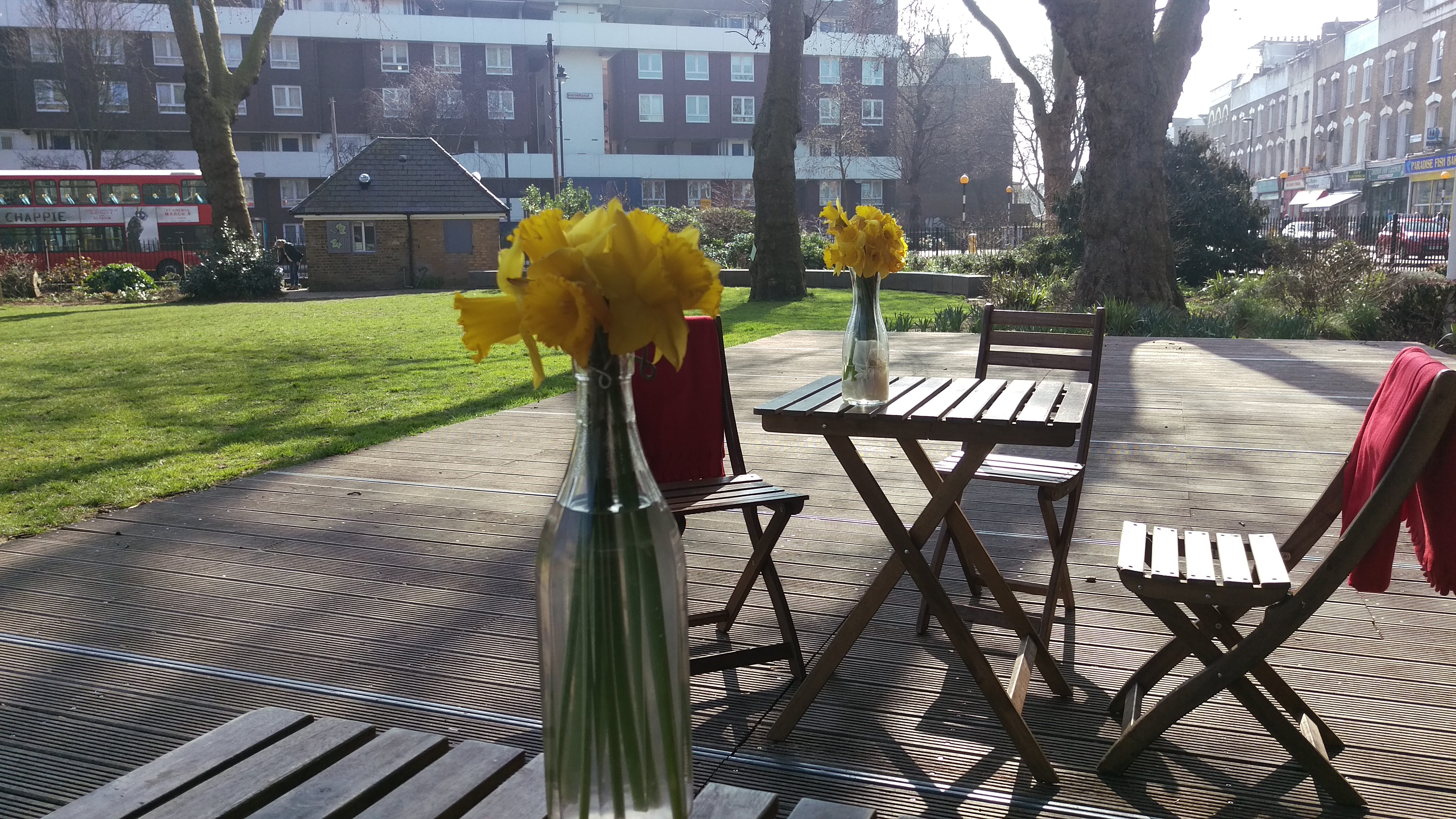 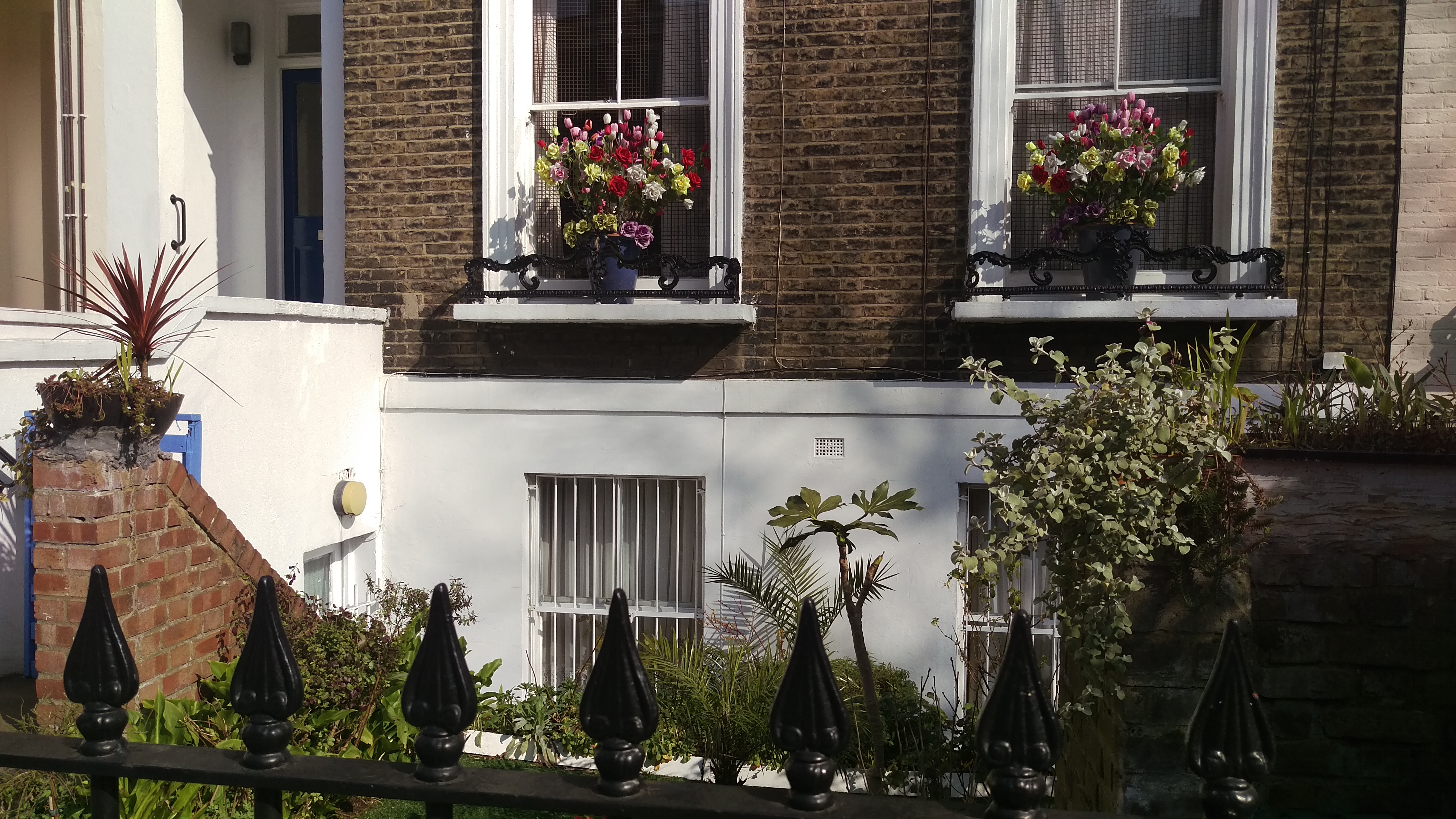 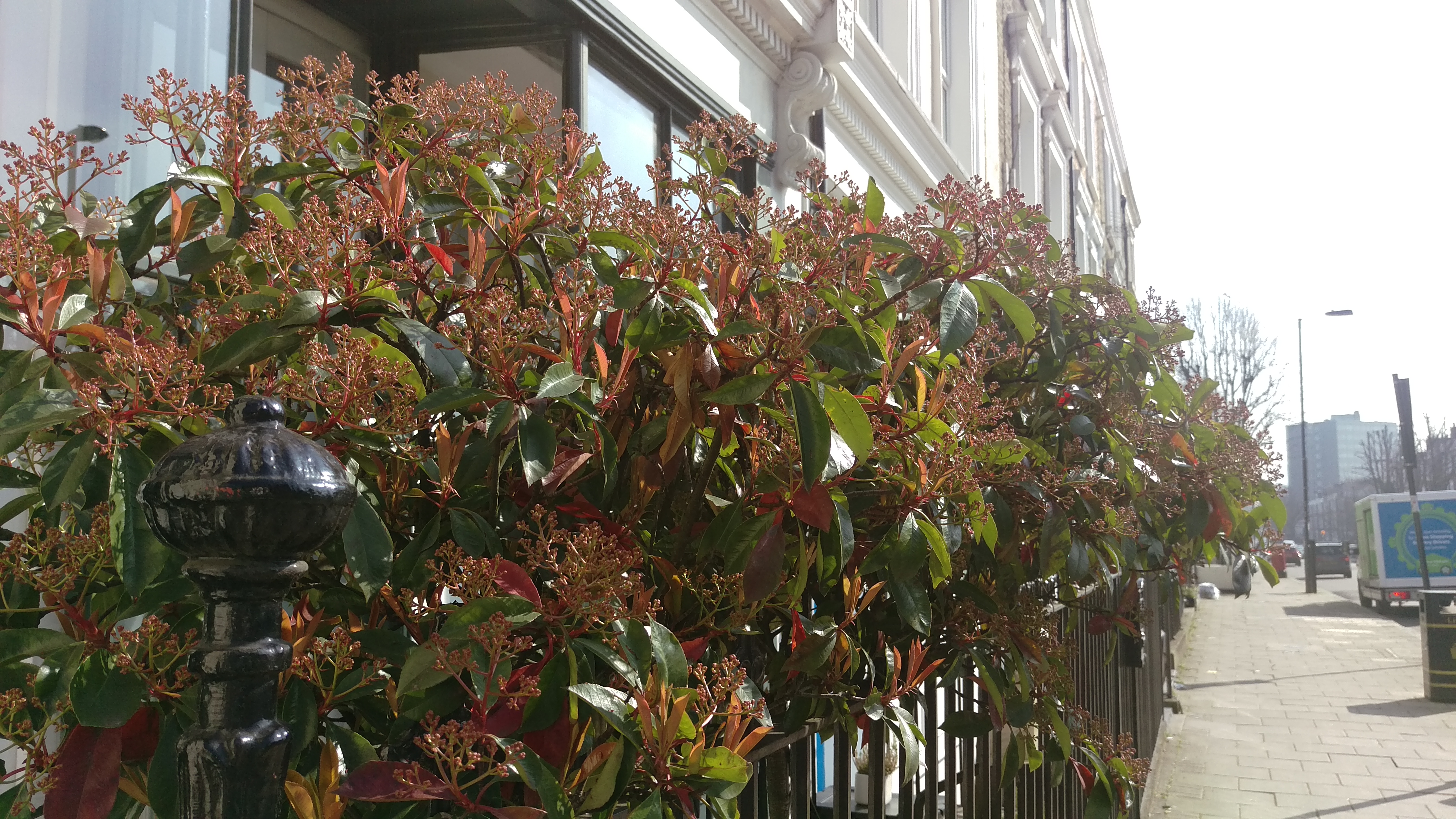 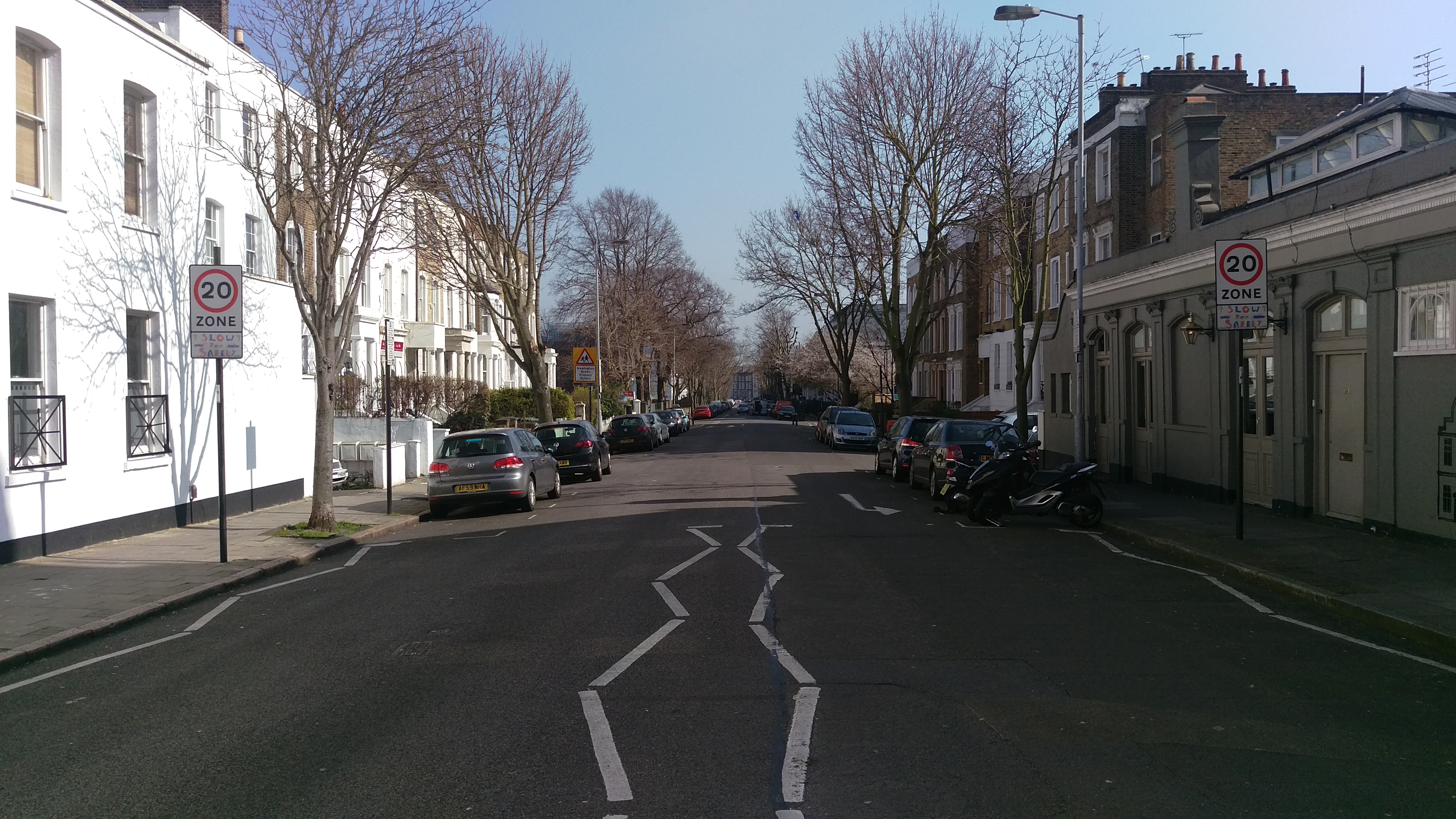 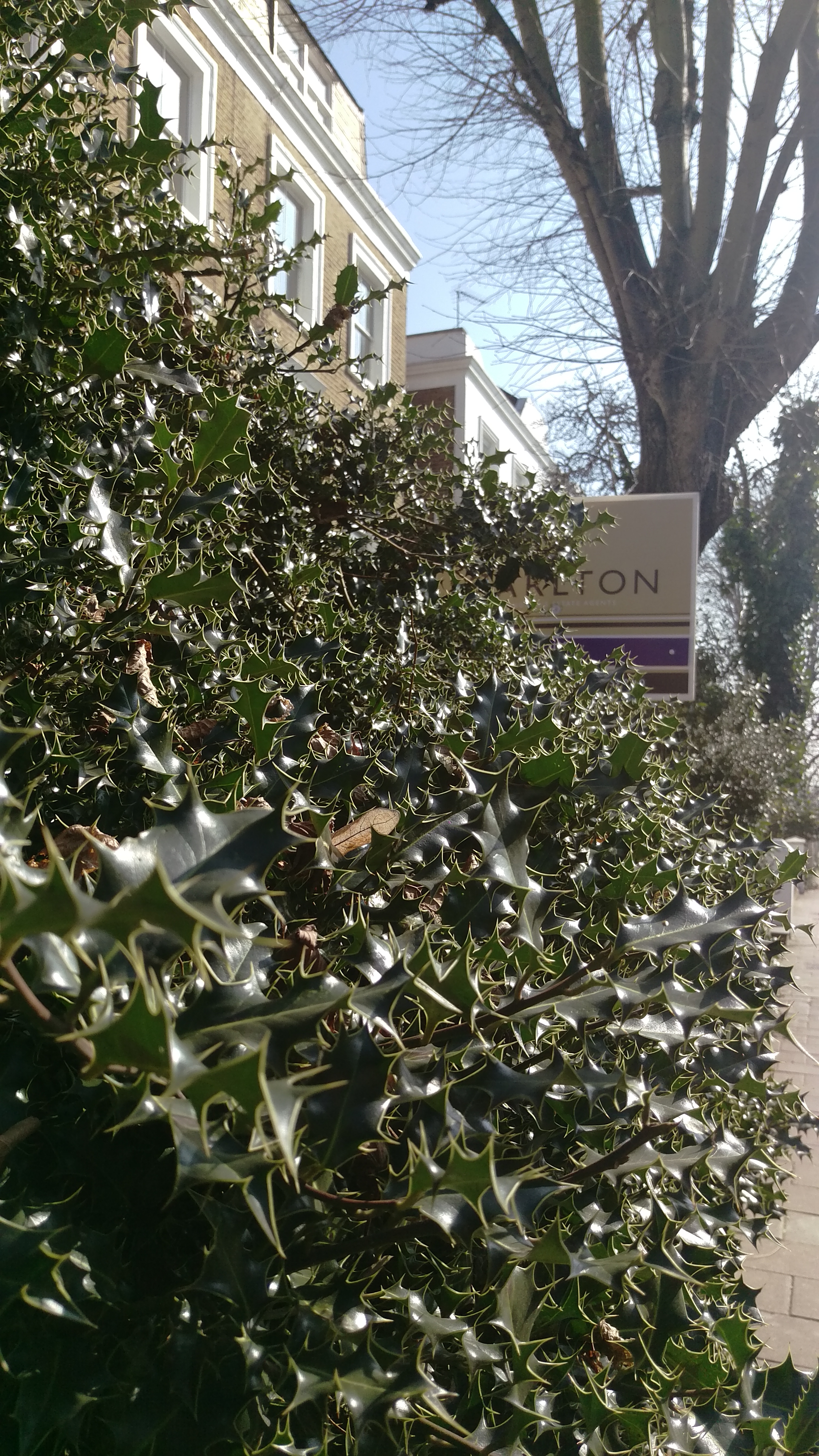 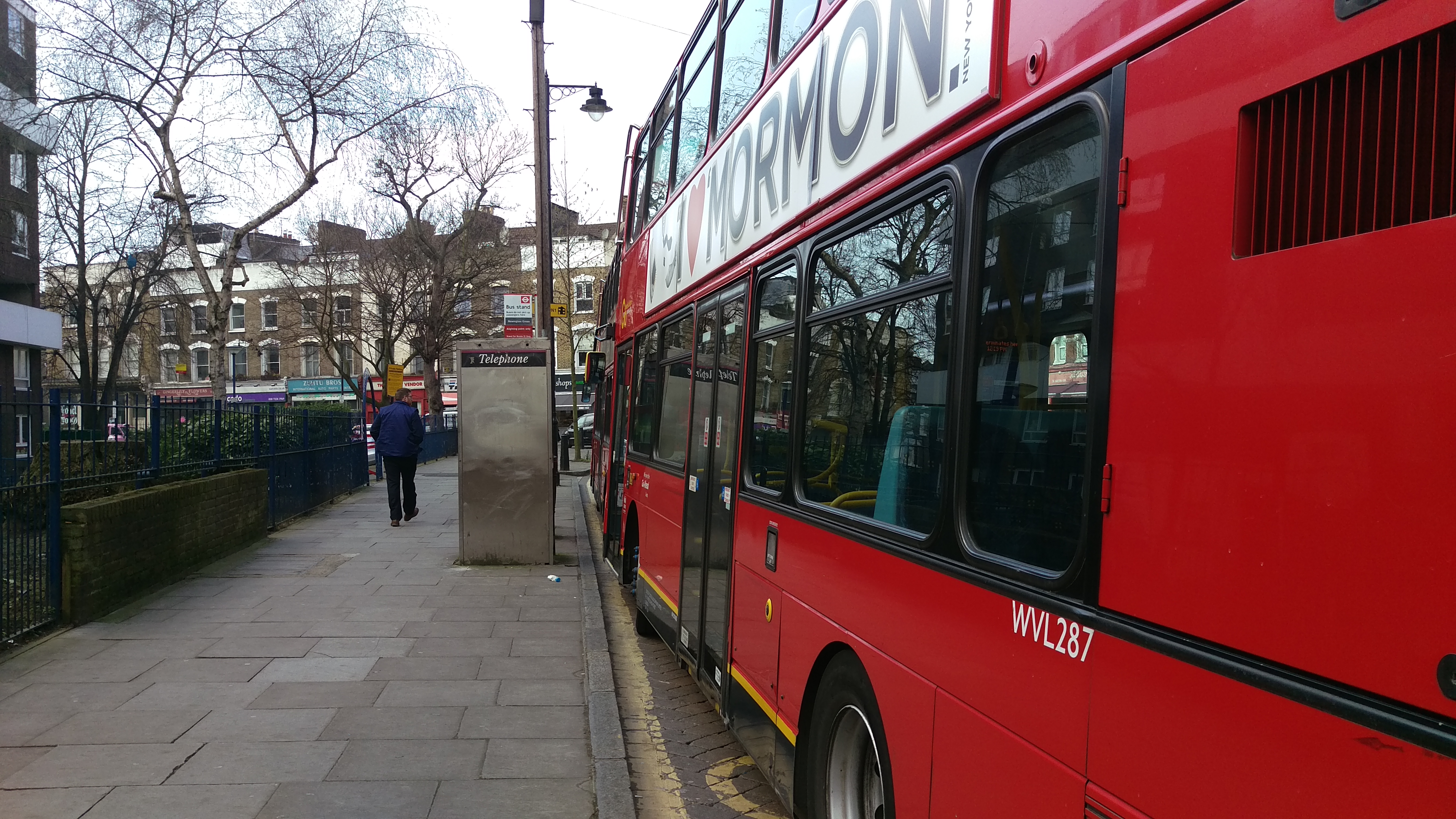 I wasn’t a fan of the UltraPixel setup on previous devices, so it’s an improvement overall – just not leaps and bounds, and still not up to scratch with something like the Lumia 930’s 20-megapixel camera. But then that’s not the average smartphone camera. As long as pixel perfect pictures aren’t your defining criteria for your next choice of phone, it probably won’t be a deal-breaker.

It hasn’t lost the UltraPixel altogether though, it’s now just on the front for selfies instead. For that purpose – close-up shots – it makes sense to have the UltraPixel arrangement and its slightly improved low-light performance.

It’s worth noting that HTC said we were testing the non-final software, so we’ll report back if there are significant differences in performance or photo quality.

Will you buy one?

The HTC One M9 is a great handset in a tough marketplace. It has a perfectly acceptable camera, great sounding speakers and a full HD screen to be proud of, even if it isn’t the highest resolution on the market.

Even the tweaks to the Android Lollipop OS and Sense 7 have been done in a considered way that allows the user to keep control, which isn’t always the case with a manufacturer-optimized OS.

On the downside, it’s the fact that the company has focused so closely on keeping costs down and stayed so close to the previous models in the range that work against the One M9. There’s not a whole world of difference to set it apart from the M8, and I’d expect the prices of that model to start falling as soon as the M9 actually goes on sale. Either one would be a sale for HTC though, I suppose.

However, while HTC has focused on its core abilities – sound, camera, usability – rivals have been persistently introducing more ‘headline worthy’ features, like waterproofing and biometric security. It’s the same complaint I levelled at the One M8 a year ago. The major difference now though is that what used to be ‘high-end’ features like these are now found on considerably more moderately priced mid-range handsets.

Just like the M8, the M9 is easily one of the best Android smartphones out there, and just like the M8, it’s still not one of the most exciting – it is totally competent, however, which should be the more important consideration for people who aren’t interested in the frills offered elsewhere.

The HTC One M9 is available to pre-order now in the UK for around £580 (around $865) SIM-free and is set to go on sale on March 31. With the Samsung Galaxy S6 and S6 Edge also already up for pre-order – and arrival scheduled for less than two weeks later – the HTC One M9 is going to be a tough sell despite its many positives.