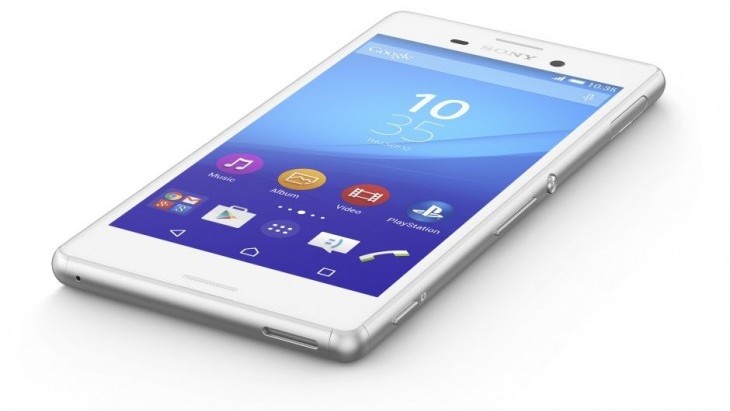 Sony announced the Xperia M4 Aqua at Mobile World Congress this week alongside the new Z4 tablet. It isn’t quite the flagship that seemed due, but it is certainly at the higher end of the mid-range scale. I got to spend some time trying it out to see how it performed.

Looking at the M4 Aqua first, you could easily mistake it for the more high-end Xperia Z3. It is only when you hold the phone and get a closer look that you start to notice the differences. Instead of Sony’s trademark industrial style and metal frame, the M4 has a plastic body and back.

While this may turn some people off, it does mean that the phone feels surprisingly light in comparison to the Z3 and it is very svelte. The charging port on this phone is left open with no cover. 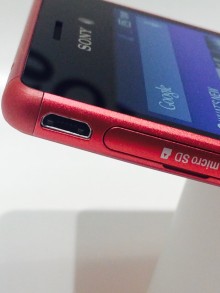 It features a five-inch display with a 720 x 1280-pixel display, and while this might look disheartening on paper, I was impressed by the screen’s quality and color reproduction.

I would go as far as to say that if I hadn’t known the specs, I probably would have thought it was higher resolution.

The M4 Aqua is a powerful phone with a 64-bit octa-core Qualcomm Snapdragon 615 processor and 2GB of RAM. Coupled with the responsive touch, I found it to be snappy and smooth.

However, that level of power could also be detrimental as the battery seems to be where the compromise lies – 2,400mAh. Sony quotes the battery life as two days, but I’m skeptical. This is something I would have to test when I do an in-depth review of the phone.

There is a 13-megapixel camera on the M4 Aqua, a testament to the fact that on mid-range phones, the cameras are often the deciding factor for customers. And while megapixels aren’t the only required feature of a snapper, it is sporting a wide-aperture, f/2 lens as well.

As the name suggests, the phone is waterproof and can be fully submerged in water (something I wasn’t brave enough to test out).

The M4 Aqua is LTE ready and comes with 16GB storage which can be expanded with a microSD of up to 32GB. It comes preloaded with Android 5.0 Lollipop and Sony has introduced a new interface. It was disappointing to see that Sony didn’t pull back on the pre-loaded apps and widgets – the home screen was almost full with promotional apps for the manufacturers own movies, music and games.

Overall, the Xperia M4 Aqua is an undeniably compelling mid-range device. While the low battery spec and cheap feel of the plastic body could be a let down, the impressive camera features and display will make up for that. With the relatively competitive price of €299 ($329), this is a mid-ranger I would place above the rest.