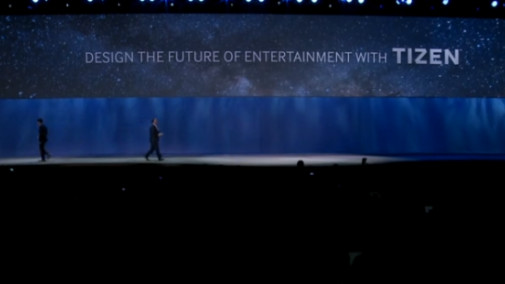 After an underwhelming and much-delayed debut on mobile devices, Samsung’s own Tizen OS is now available on a slew of new TVs launched in South Korea, reports AP.

The launch of this new lineup follows Samsung’s announcement at this year’s CES to feature Tizen on all its 2015 smart TVs. The OS will allow users to view on-screen info on shows and sports events on air and stream content from their TVs to their Samsung Galaxy mobile devices with a single tap.

Samsung also said that Tizen will power the company’s upcoming refrigerators, washing machines, air conditioners and robotic vacuum cleaners this year. However, the company hasn’t yet announced plans of launching its Tizen-based TV overseas, so it might be a bit of a wait till they show up in a store near you.