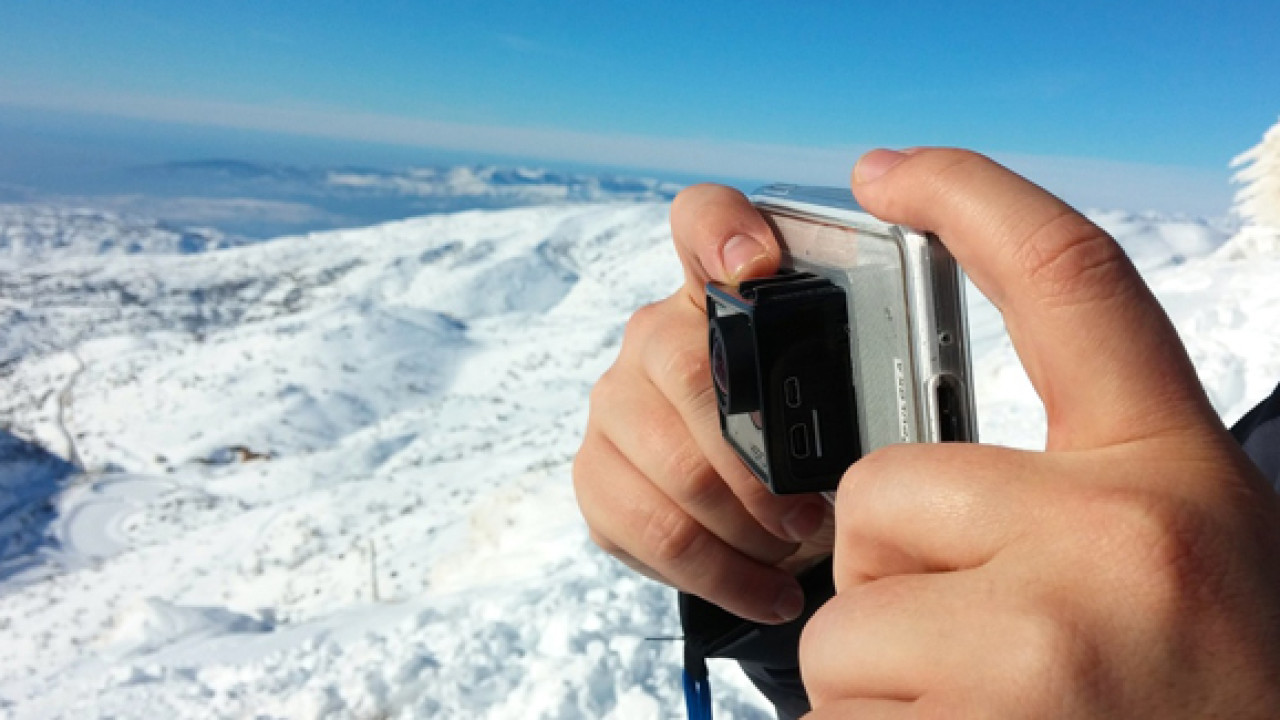 Let’s say you’re not an extreme sports nut, but you envision a wider potential for using the handy GoPro sports action videocam than recording yourself skydiving or skiing down a treacherous slope.

A new product in the making called CAMpanion, which launched today on Kickstarter for a 60-day campaign to raise $28,000, is a smartphone hardware add-on that lets you use your GoPro for an array of commonplace activities and everyday shooting situations — just like you’d use a point and shoot camera or your smartphone.

CAMpanion, which is designed to work with GoPro 3, 3+ and 4, attaches to your smartphone or tablet. From there you can view a scene through the lens and shoot using both front and rear cameras.

According to the FAQ, “We hope to become a standard accessory of the GoPro user. We could definitely spend hours surfing the GoPro channel on YouTube enjoying the crazy and intense footage people are making with their GoPros, but we know that this camera has a lot to offer in everyday settings too, and we hope to help people take advantage of that potential.”

The device fastens to your camera using VHB adhesive and includes a mounting plate and two GoPro mounts to accommodate the different camera models. The exposed GoPro CAMpanion is used with a GoPro outside of its protective case. It wraps around the videocam and slides onto the CAMpanion mounting plate.

The housing CAMpanion is designed for cameras inside the protective enclosure. It has a plate that connects to the back of the protective case using the double-sided adhesive. This plate slides and locks onto the mounting plate. Both CAMpanions are included in the kit, which also includes a rubber lens cap with a drawing of what looks like a Husky dog to use on your GoPro.

When you have the unit mounted to your smartphone, the whole thing is small enough to fit in your pocket.

You can use your smartphone flashlight to light up the shot, or attach additional lighting (or other accessories) to your CAMpanion’s cold shoe mount.

It should take about 15 to 45 days from the end of the Kickstarter campaign until backers have their CAMpanions in hand. You can also purchase a special 3D printable file (STL) of the CAMpanion for $5. This basic file is designed for GoPro enthusiasts who have 3D printers and can’t wait for the CAMpanion delivery.