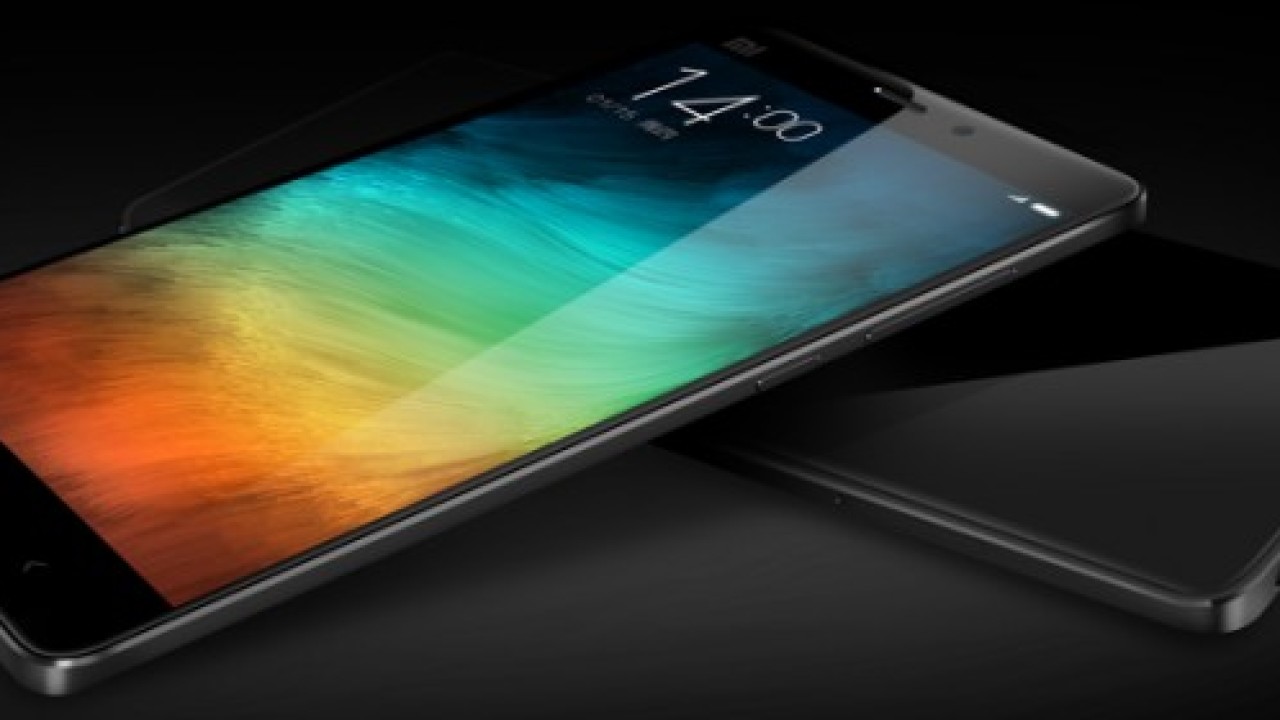 The company’s latest dual-SIM 4G device is encased in curved Gorilla Glass 3 at the front and rear with a metal frame, and sports a 5.7-inch 1080p display with a 4-megapixel front camera in the front. On the back is a Sony 13-megapixel f/2.0 rear camera with optical image stabilization.

The Mi Note is powered by a Snapdragon 801 2.5GHz quad-core processor along with an Adreno 330 GPU and 3GB RAM. It also allows for high definition 24-bit/192KHz lossless audio playback, and supports APE, FLAC, DSD and WAV lossless formats.

The Mi Note will be available in Q2.

A more powerful version, dubbed the Mi Note Pro, is also coming soon. Its Snapdragon 810 64 bit 8-core processor and Adreno 430 GPU make for snappier performance and better graphics capabilities than the original. The Mi Note Pro also has more internal storage and support for the fastest CAT 9 LTE download speeds, up to 450Mbps.

And finally, there’s the Mi Box Mini, a small TV set-top box that’s about the size of a power adapter. It runs on Android to stream content and packs a Cortex-A7 quad-core 1.3GHz processor, 1GB RAM, 4GB Flash memory and dual-band Wi-Fi, and outputs a 1080p signal along with support for Dolby DTS audio via HDMI.

The Mi Box Mini comes with a Bluetooth remote and will be available at roughly $30 (199 Yuan).