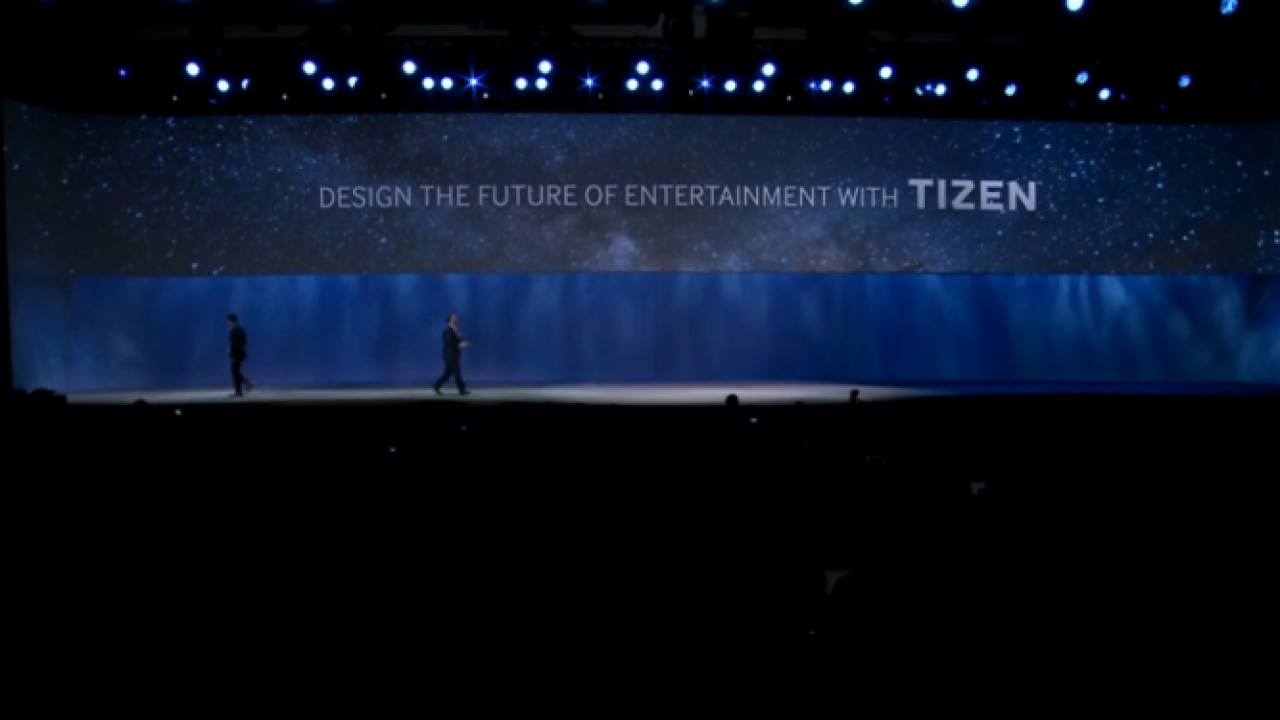 The company touts Tizen as bringing a “bevy of new features” to the Smart TV, but also offering “intuitive access.” I’m not so sure that’s true; it seems to be more about having full control over the software experience.

Tizen lets the company do things like allow you to push a single button on Samsung Android devices to carry on watching on your mobile instead. It’s also able to show panes with more information overlaid on sports games or TV shows.

Perhaps the most interesting feature is that Tizen features PlayStation Now integration, so you can stream PlayStation games to your TV without requiring a console.

There isn’t much information yet from Samsung on how Tizen will work or what new features it brings, but one thing’s for sure: it’s going to be on every Smart TV the company makes going forward.

The company has ambitions to have Tizen everywhere, but it’s starting with TVs because that’s easier to target than mobile.