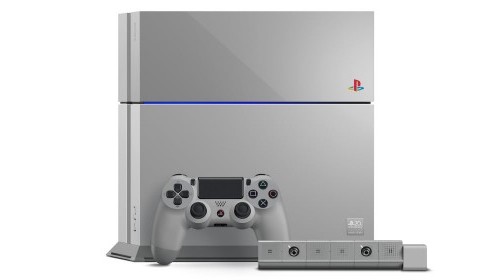 The iconic Sony PlayStation turns 20 today, and the company is celebrating with the launch of a 20th Anniversary Edition PS4 specially detailed as an homage to the console’s first version.

The main console, controller and PlayStation Camera are all decked in “Original Grey”, mimicking the body of the 1994 PlayStation. The lower console body panel, as well as the touchpad on the controller are etched with a pattern featuring the controller button symbols as well as a ‘2’ to signify the console’s 20th anniversary. There’s even a vertical stand for the console to prop it upright just like the original.