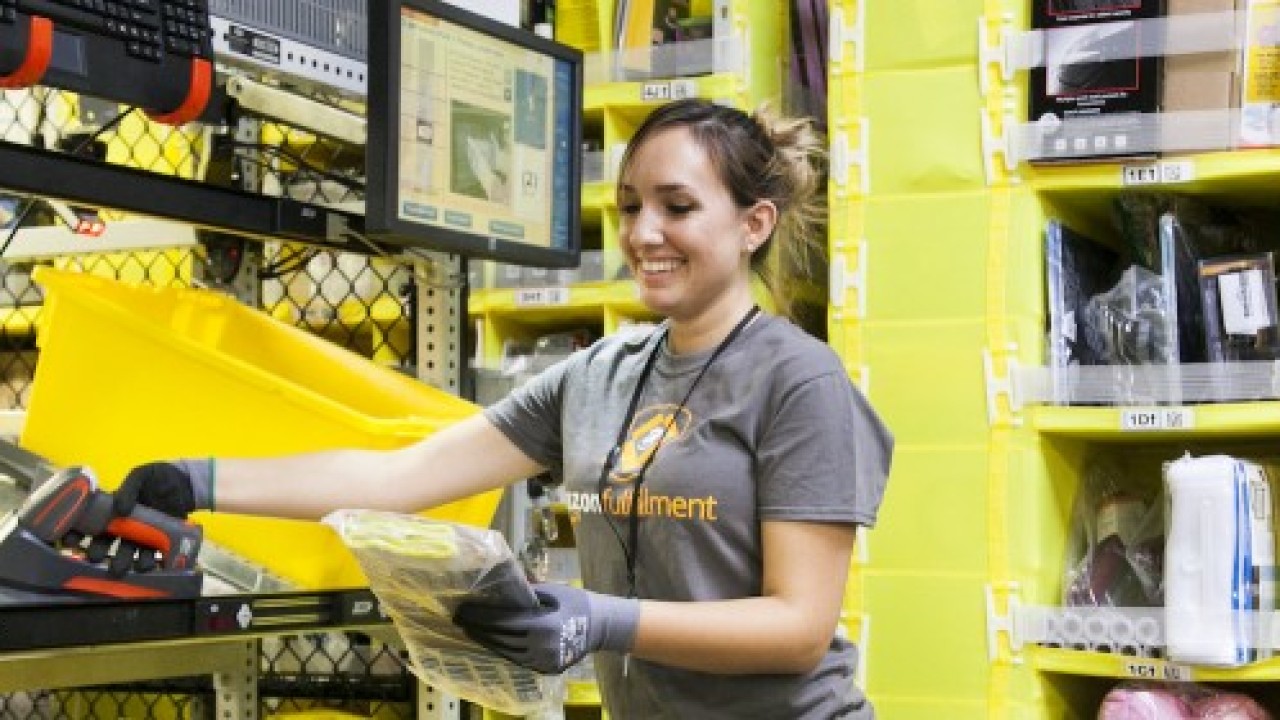 Amazon spent $775 million acquiring Kiva systems in 2012 and now it’s ready to show off the fruits of its investment. Just in time for Cyber Monday, the company has revealed the eighth generation of its fulfilment centers with Kiva robots at the heart of the operations.

The company has 15,000 Kiva robots operating in 10 new facilities across the US, many of which look like giant Roombas. It has also revealed the Robo-Stow, one of Earth’s largest robotic arms for moving vast quantities of inventory.

Amazon says the new fulfilment centers also feature new vision systems that can unload and receive an entire trailer of inventory in as little as 30 minutes instead of hours. The new systems also include new graphically orientated computer systems to help the remaining humans to fulfil customer orders.

While the new robots will do the heavy lifting, Amazon recently announced it will hire 80,000 seasonal employees this year, a 14 percent increase on last year. The company says it also expects to retain thousands of those new employees in regular, full-time roles after Christmas.