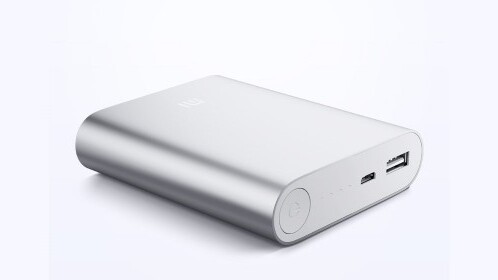 In the Ideal Gifts series, The Next Web team shares personal recommendations for gifts to give this holiday season.

I generally avoid gifting overly ‘practical’ items for the holidays, because most folks end up buying that stuff for themselves anyway. However, The Mi Power Bank from Xiaomi is worth breaking that tradition for.

Roughly the size of your palm, the Mi Power Bank packs a massive 10,400mAh battery to charge your devices while on the go, with enough juice to power up an iPhone 5s nearly five times.

There are tons of power banks out there, so why am I singling out Xiaomi’s offering? For one thing, it’s beautifully built out of precision-cut aluminum, and feels as good to hold as it is to look at. It’s also protected from surges and overcharging so you’ll never have to worry about damaging your mobile devices when using this. And it’s very reasonably priced too.

I’ve lost track of the number of times the Mi Power Bank has rescued my dying iPhone, and I only regret not having bought this sooner. If you’re looking for a great gift for the gadget aficionado in your life, this is a no-brainer.