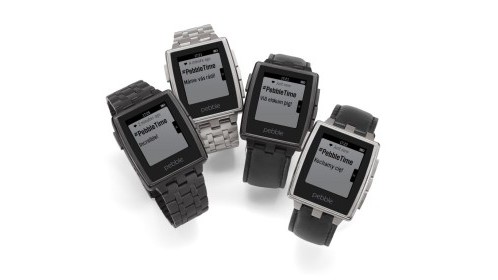 Pebble has graced its popular e-paper display-based smartwatch with a firmware update that brings full character support to display notifications in a range of languages, and has also updated its Android app to allow any app to beam notifications.

The new firmware now allows for Pebble watches to display notifications in 80 languages, handling special characters like “ß” and “Ż” correctly, instead of displaying ‘unknown character’ boxes in their place.

Version 2.1 of the Android companion app allows devices running Android 4.3 (Jelly Bean) and newer to push notifications from any app, and lets users select which apps they want to receive notifications from. Users can also now end ongoing calls, and the company said the app’s performance and reliability had been improved.

Pebble’s iOS app has also received a small update, that lets users access all the latest JavaScript apps from the Pebble appstore.

The Android app update will be rolled out today in phases, with access expanding to all users over the next couple of weeks.

Read next: Paypal Launches an App for Pebble Smartwatches