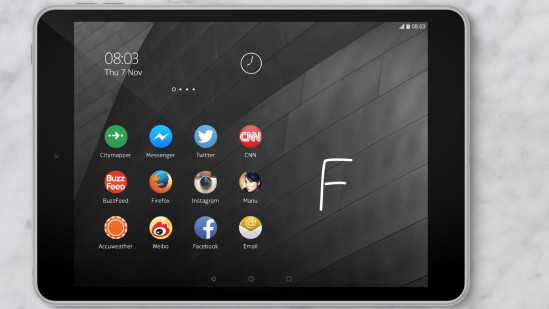 Nokia has today lifted the wraps on its first Android tablet, which comes with a 7.9-inch display and 2.3GHz 64-bit processor. It’s also just 6.9mm thick.

Other key specs include an 8-megapixel camera on the rear, a 5-megapixel snapper on the front and 32GB of on board storage. Interestingly, it also runs Nokia’s Z Launcher UI as standard

The tablet will arrive in China for Chinese New Year before being offered in other regions. Whether or not the world will want to see another Android tablet remains to be seen, but a lot of people wanted to see what Nokia could do when unshackled from Microsoft, and it seems that now they’ll get that opportunity.

However, it’s not going to be a Nokia-made device, instead, a third party (Foxconn) will take care of the manufacturing and distribution, the company said.