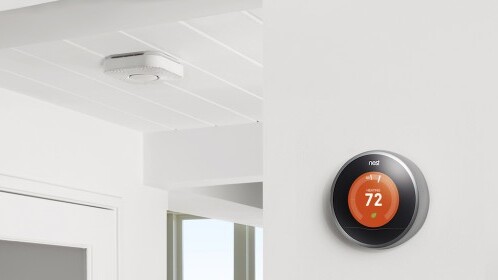 Nest arrived in the UK in April 2014 and hit other parts of Europe in September 2014 with its Nest Learning Thermostat and Nest Protect smoke alarm. We caught up with Lionel Paillet, Nest’s rigorously media-trained General Manager for Europe, whose answers were as smooth as Teflon, at the Web Summit in Dublin to discover the secrets of the company’s march across Europe.

First up, Paillet filled us in on Nest’s latest energy partnership with Electric Ireland, which goes live today. The deal bundles a free Nest Learning Thermostat, stand and installation – worth €374 – in with a two-year energy contract for new customers. Existing customers can get the same package for €99. Paillet says: “In our analysis, the Nest Learning Thermostat will save between 7 percent and 27 percent on a heating bill. The average bill in Ireland is about €1,000 and it’s starting to get cold so it’s good timing.”

Nest has found a very different environment in the UK and Europe compared to the US. In the UK, 60% of households don’t even have a thermostat. Paillet says: “There are a lot of programmers and not thermostats. When we went into Ireland we saw a lot of systems where you have a winter and summer button for water as well as heating. It’s not like it’s archaic, it’s just the way it’s been done.”

The UK and the Netherlands are home to Nest early adopters while Paillet admits his own home country of France is a little slower on the uptake. Nest has trained over 1,000 installers in the UK since it launched the Nest Learning Thermostat there in April.

Paillet predicts that the Nest Protect will grab serious attention from those slow-moving French folk next year. He says: “France is the last country in Europe to make smoke alarms mandatory. By March 8 2015, the law will say that you need a smoke alarm. French consumers will then experience the same thing that UK and Irish customers have experienced for years – the irritating chirp at night, the beep that you have no clue about what it means. They’ll experience all the things we have already been through with alkaline-powered smoke alarms.”

Steam gets in your eyes

Data from Nest Protect devices across the UK encouraged the company to push a software update to make a distinction between steam and smoke. It also revealed that 0.2% of British homes were exposed to a high level of carbon monoxide. Paillet says: “We added details of how much carbon monoxide you’ve been exposed to into the app so you can show it to the doctor. The treatment will vary depending on how much exposure there’s been. It gives you that information in realtime rather than when fireman come to your home.”

Nest initially thought it would face a lot of challenges in Europe due to the number of very old heating systems. That didn’t turn out to be the case. The big difference is in the savings those old houses see. Paillet says: “Badly insulated homes end up with a massive saving. In France, we’ve seen savings of between 5 and 31 percent. We took a house in Lille, a fairly isolated, old construction from the late-1800s and saved between 5 and 25 percent.”

Despite the spread of the Nest Learning Thermostat and Nest Protect across Europe, Paillet won’t be pushed on when the traditional thermostat and smoke alarm will be killed off. He says: “The first smoke alarm was released in 1940 and since then there’s been practically no innovation. If the consumer really wants the product and it makes sense, they will get it.”

But there are hints of where Nest will go next in our homes in the areas Paillet wishes were smart in his own house. He says: “I think lighting isn’t super-smart yet. There’s lots of ideas but they’re very complicated or expensive. I think security is another. The camera market is still nascent. We acquired DropCam so we’re working on it!” Last month’s acquisition of home automation firm Revolv will help with that too.