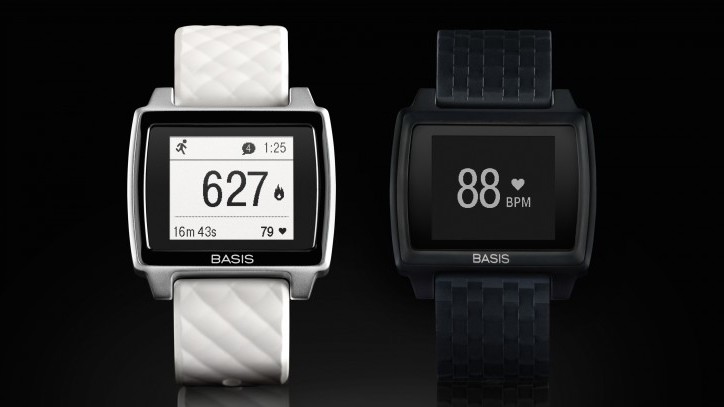 Basis, a wearable company acquired by Intel earlier this year, has announced a new fitness and sleep tracker called the Basis Peak.

The key selling point for ‘geeks in sneaks’ is its ability to measure heart rate without any external hardware, such as a chest strap or smartphone. A plethora of sensors means it can track your body movement – including walking, running and biking – perspiration and skin temperature, all while sporting a sleek design that doesn’t look ridiculous on your wrist.

It’ll be available for $199.99 next month in two designs. The first is a matte black watchface with a black strap, accentuated with red highlights. The second is a brushed aluminium watchface with a white and gray-accentuated band. Both support third-party straps using standard 23mm attachments.

A small touchscreen helps with navigation and it’s water resistant to 5ATM, which Basis says should stand up in a regular swimming session. Taking a page from Pebble and Android Wear smartwatches, the Peak also syncs with Android and iOS devices for call and text notifications; the feature won’t be available at launch, however – it’ll be a free update later on.

What sort of effect will have this on battery life? Basis is promising up to four days, which is more than recent Android Wear efforts – but given the Peak’s black and white display, that’s perhaps not surprising.