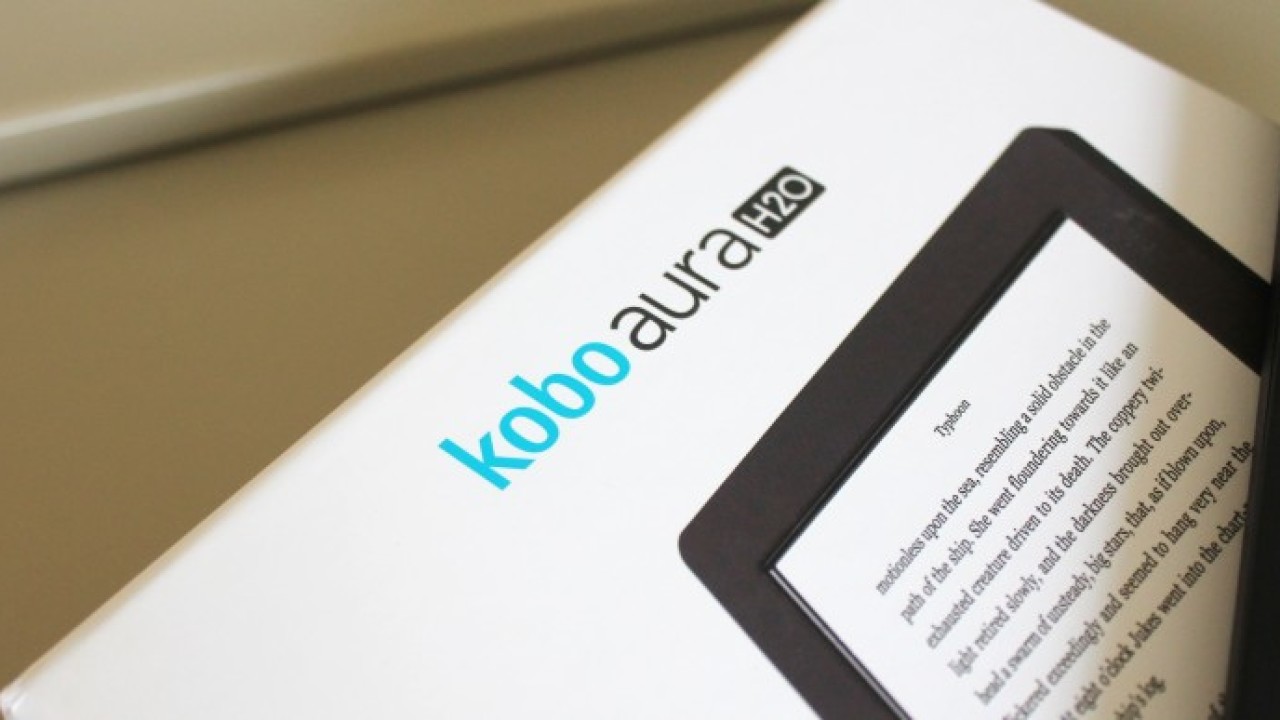 Amazon has become more or less synonymous with e-books with its omnipresent Kindle brand, but Kobo has been building out its e-reading empire with some alluring devices of its own in recent times.

If you’re new to Kobo, the Toronto-based company launched its first device back in 2010, appropriately titled the Kobo eReader. Since then, it has launched a myriad of devices, including the Kobo Touch, Kobo Arc, Kobo Mini and Kobo Glo.

Kobo, whose name was derived from an anagram of ‘book’, was acquired by Japanese e-commerce titan Rakuten back in 2011, and has steadily grown its presence in a number of markets since.

Last October Kobo launched the Aura, a compact e-reader that packs a punch, which succeeded the Kobo Aura HD. A month after the Aura last November, the Kobo Arc 10HD was launched, which we called a premium and pricey tablet that tries to please everyone.

The latest notable device out of Kobo’s vaults is the Kobo Aura H2O, a waterproof e-reader that lets you read worry-free in the bath, or anywhere that water lurks.

We got our mitts on one of these fellas, to see what’s what and whether it really can play nice with water as it claims.

The Aura H2O comes in black only and, as with the Aura and Aura HD, features 4GB of internal storage, expandable to 32GB with a micro SD card. It’s worth mentioning that it’s Wi-Fi only too.

So, with the vital stats out the way, here’s what Kobo’s latest machine looks like.

The Kobo Aura H2O only has one button – an on/off switch on the top edge. The back of the device will be familiar to existing Kobo users, as it sports a wavy, ridged surface, designed to make it easier to grip.

The interface doesn’t break with tradition either, with the main menu located in the top-right revealing settings, remaining battery, brightness, and Wi-Fi connection. The bottom left is where you navigate through your Library, bookstore and ‘Extras’.

Over time, Kobo will deliver personalized reading recommendations based on your feedback and habits. You can also tap on highlighted words to unearth related books, authors, articles and so on.

There’s also useful little nuggets within the ‘Extras’ section, such as a dictionary and bookmarks. ‘Reading Stats’ is for data nerds, who might like to know how much reading they’ve done, including hours, pages turned, books finished, and average number of pages per minute.


Under ‘Settings’, you’ll find a ‘Beta Features’ section, which serves up chess and sudoku, as well as a sketchpad. And yes, a browser.

As with other Kobo e-readers, the browser has been wisely hidden deep within the device, as it is a little odd to peruse the internet on an e-reader. It’s not as slick and smooth as you’re likely accustomed to from more dedicated connected devices such as tablets. This isn’t a tablet.

On the bottom end, you’ll note that the micro USB port and SD card slot are protected by a shield, which is easy to pull out with your finger nails. You’ll need to ensure this is fixed firmly in place if you plan to go in the bath with this thing.

Regardless of a device’s claims of being fully waterproof, I’m always a little bit apprehensive about placing an expensive piece of gadgetry in a pool of water. But what other way is there of testing it, right?

Indeed, Kobo claims that the Aura H2O will remain waterproof for 30 minutes in a water-depth of up to one meter. I placed it in a sink that contained around 8cm of water for 20 minutes, and it did no damage.

At any rate, it’s unlikely anyone will want to (deliberately) immerse this in deep water for any length of time, as it’s more a precautionary feature to protect bookworms when they venture near pools of water.

When you first immese the e-reader in water, a message will pop up warning you that water on the screen can cause it to behave unexpectedly.

But I was still able to navigate the interface fine, clicking buttons, swiping, and even reading.

The Kobo Aura H2O is certainly up to scratch with the previous Aura incarnations, and brings no real surprises (nasty or otherwise).

The device will set you back $179 or your local currency equivalent, which places it roughly in the same zone as the Aura and Aura HD (give or take $20). That said, it’s around $60 more than the Kindle Paperwhite and $100 more than the standard Kindle, but it comes in at $20 cheaper than the just-announced Kindle Voyage.

The main selling point and differentiator here, of course, is that the Kobo Aura H2O is waterproof. So if you’re in the market for a durable e-reader that can withstand immersion in up to 1 meter of water, then it’s certainly worth a gander. Even if waterproofing isn’t a high priority, the Kobo Aura H2O still more than holds its own. But if you’re on a budget, then you’re maybe best looking elsewhere.