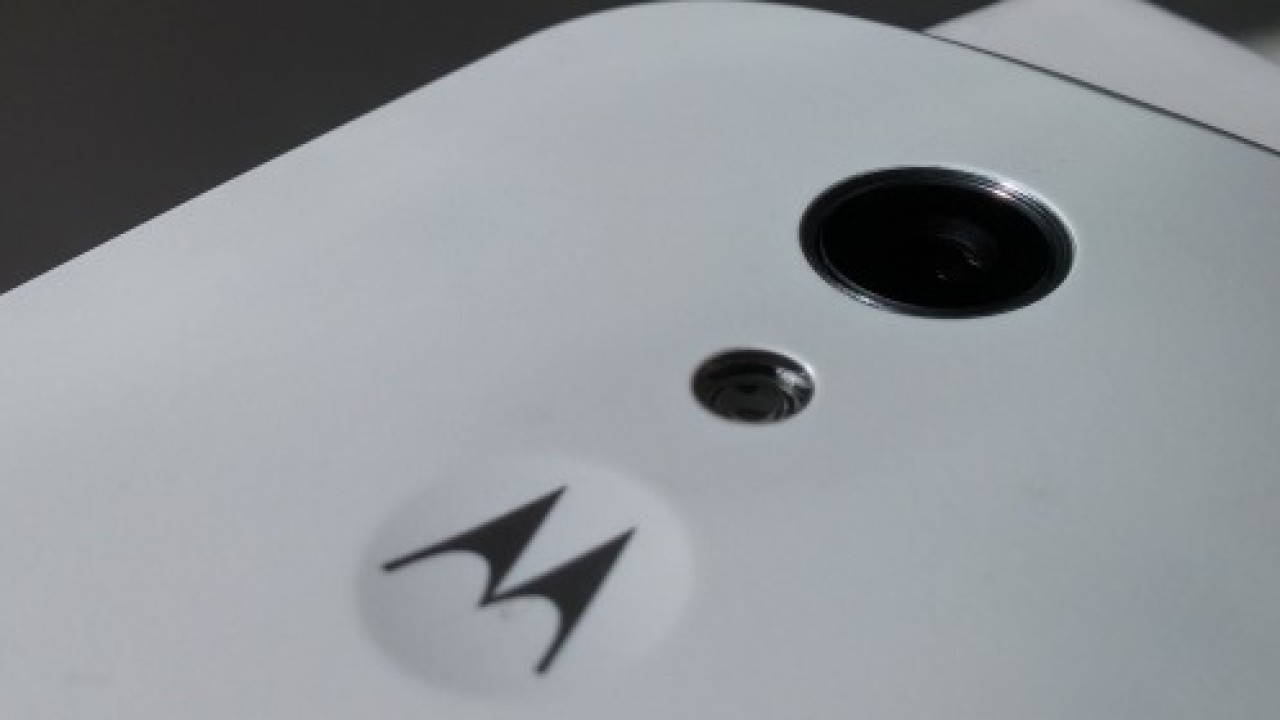 Motorola has lifted the lid on an updated version of its Moto G low-to-mid-range handset and we’ve already brought you our quick first impressions of the device. Now it’s time to delve a bit deeper to see how the Moto G measures up in the real world.

Before we jump in, it’s good to keep in mind where the Moto G is aimed – squarely at first-time smartphone buyers or people wanting solid specs at a reasonable price, rather than the bleeding edge. In the UK it costs less than £150 (around $180 in the US) and its predecessor managed to scoop the title of Motorola’s best-selling smartphone of all time. So specs might be middling, but hopes are high.

If you liked the look of the original Moto G, you’ll like the new version too, as, despite housing a larger (5-inch versus 4.5-inch) display, it looks pretty darn similar.

The model we had a look at was white, which is pretty plain – but some people like that sort of thing, and it’s easy enough to jazz it up with a different colored shell (sold separately, of course). It’s also available in black.

While it keeps the same overall look, there are a few notable differences. For starters, there’s now dual speakers above and below that 720p HD display, before there was just a single one on the rear.

On the front, the bezel is wider than it strictly needs to be, so there’s a bit of dead space at the edges – although less than the previous device. The banding around the edge of the phone is a bit plasticky-white for my taste, but this isn’t a top-of-the-range handset, so it can be forgiven.

At the base of the display is the micro-USB port, which provides a useful hooking point to get a fingernail in there and pry off the rear.

When you do, you’ll find dual-SIM slots and a microSD port for cards up to 32GB. It’s a bit of a shame that it won’t support higher capacity cards but it’s good to see expansion supported in some form as internal storage options are set at 8GB and 16GB.

Although you can pry the rear off to access those ports, the battery still isn’t user-replaceable.

The back of the phone is more a ‘soft-touch’ plastic, so it less glossy, which I prefer.

Just like the original Moto G, the new model has a curved rear panel, so there’s no uniform depth to the device – it ranges from 6mm – 11mm.

On the side, you’ll find the power button and volume rocker.

With a mid-range device, there are always question marks over how well it will perform – you can usually expect a high-end device to deliver on user experience, but the further you drop down the value chain, the more compromised you expect your experience to be.

Happily, the Moto G doesn’t seem to fall foul of this too much. Yes, that larger 5-inch screen is only 720p, rather than 1080p, and there are fewer pixels-per-inch (PPI) than the predecessor, which means images, icons and videos aren’t as crisp as on more expensive devices – but they’re not all pixelated and blocky either.

The brightness of the screen seems a little on the dull side – you’ll want to keep it above the halfway point in most situations and you could struggle to see much at all in the brightest of direct sunlight. For most situations it’ll be fine though. The screen is one of the device’s slight compromises, but not one that asks too much of the user’s forgiveness.

Under the bonnet, there’s a 1.2GHz quad-core CPU to keep everything ticking over – and it showed no signs of jitteriness when playing games like Asphalt 8: Airbone, which can contain some pretty fast-moving action. From switched off, it takes around 25 seconds to boot to a usable state.

Call quality itself is pretty solid – no echoing or tinny sounding voices that sometimes plague cheaper phones – and people on the other end reported a nice clear sound too.

The Moto G arrives with dual-SIM slots which work simultaneously. So, for example, if you were using it as a wireless hotspot with one SIM and received a call on the other, both would continue without a problem.

The new dual front-facing speakers are a nice addition; massively lacking in anything approaching bass – as every phone is – but plenty loud and clear enough for acceptable usage if you don’t want to use headphones.

Battery life, unsurprisingly, will vary depending on your settings and activity – signal strength, WiFi, Bluetooth, screen brightness etc. all contribute to your overall mileage. In general though, the Moto G will get you through a day of normal usage – some gaming, maybe a little video, lots of music – but at the end of it you’ll need to remember to put it on charge.

One of the areas the new Moto G has been upgraded in comparison to the original is the camera – there’s now an 8-megapixel f2.0 snapper on board, rather than a 5-megapixel affair.

And thankfully, it’s not just a lip-service upgrade in the quality stakes. Our initial review noted just how poor the camera was on the previous model, particularly at the edge of photos – it always seemed a bit ‘dirty’ or blurry.

This time around, however, images don’t suffer the same fate. It’s still no match for a high-end camera – and more notably, it lacks a lot of the image tweaking options found on many handsets nowadays, but it’s a great improvement over the original. Test shots below.

As you can see from a couple of these, while that dirty effect is now mostly gone, there are occasions when it’s still a bit blurry towards the edges.

That said, it performs far better in bright light and with objects up close, which results in clearer and crisper images. If you look at the full size image of the coke bottle, you can clearly make out a solitary drip working its way down the right-hand side of the bottle.

It’s a bit of a shame that it struggles to focus with objects a little farther away, but it’s definitely an improvement.

As before, options for adjusting shot settings (flash, HDR, panorama, etc.) appear via an on-screen jog wheel, and this time you’re also able to shoot in 4:3 and 16:9 aspect ratios.

Software-wise there isn’t a lot to talk about, which is mostly a good thing. The Moto G runs pretty much stock Android 4.4 on arrival but it’s due to get the upgrade to Android L when that starts to roll out. Generally, operating system updates tend to arrive earlier for stock Android handsets so the Moto G should receive the upgrade pretty swiftly.

While it is a ‘vanilla’ experience, there are a few Motorola specific apps on board, like Motorola Assist and Alert. For some, this spartan approach will be welcomed, for others more used to the manufacturer-specific tweaks of HTC’s Sense UI, or Samsung’s TouchWiz, it will feel a bit too basic out of the box.

For around $180, the Moto G strikes the balance between affordability and performance almost perfectly – and offers almost everything you could want.

It manages to deliver a mostly crisp 5-inch 720p display, lag-free operation, the option of expanding on board storage and a vastly improved – if not perfect – camera experience, but there’s one feature missing that would stop me from buying it. There’s no 4G connectivity available on the new models – only the old 4G version.

Some might argue that 4G is still priced at a premium, or not available to all yet so this doesn’t really matter, but for me it would be a deal-breaker. For my parents, or a more occasional smartphone user, perhaps not.

One thing’s for sure though: the Moto G offers remarkable value for money if you’re looking for a solid mid-range Android handset. It’s a hard task to pull off a compromised handset that delivers on experience, but Motorola has just about managed it.