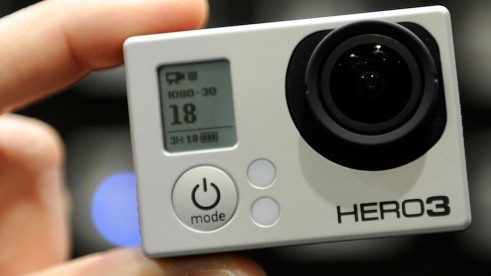 HTC is holding a press event next month, and the latest rumor suggests that the Taiwanese firm will unveil a waterproof camera in the style of GoPro. That’s according to company sources cited by Bloomberg, which reports that the device could sport a 16-megapixel camera, Bluetooth and WiFi support, and the ability to sync to Android and iOS phones.

This wouldn’t be the only reveal at the October 8 HTC event, Bloomberg suggests that a ‘new smartphone optimized for selfies’ may also be unveiled. Yes, another one.

GoPro raised more than $400 million from a stellar public listing this summer. Though its brand dominates the action camera space, it would be an interesting branch out from HTC, which has created well-received smartphones but lags Apple, Samsung and other rivals on sales numbers and market share.

Since we’re talking GoPro, check out two of our favorite videos: