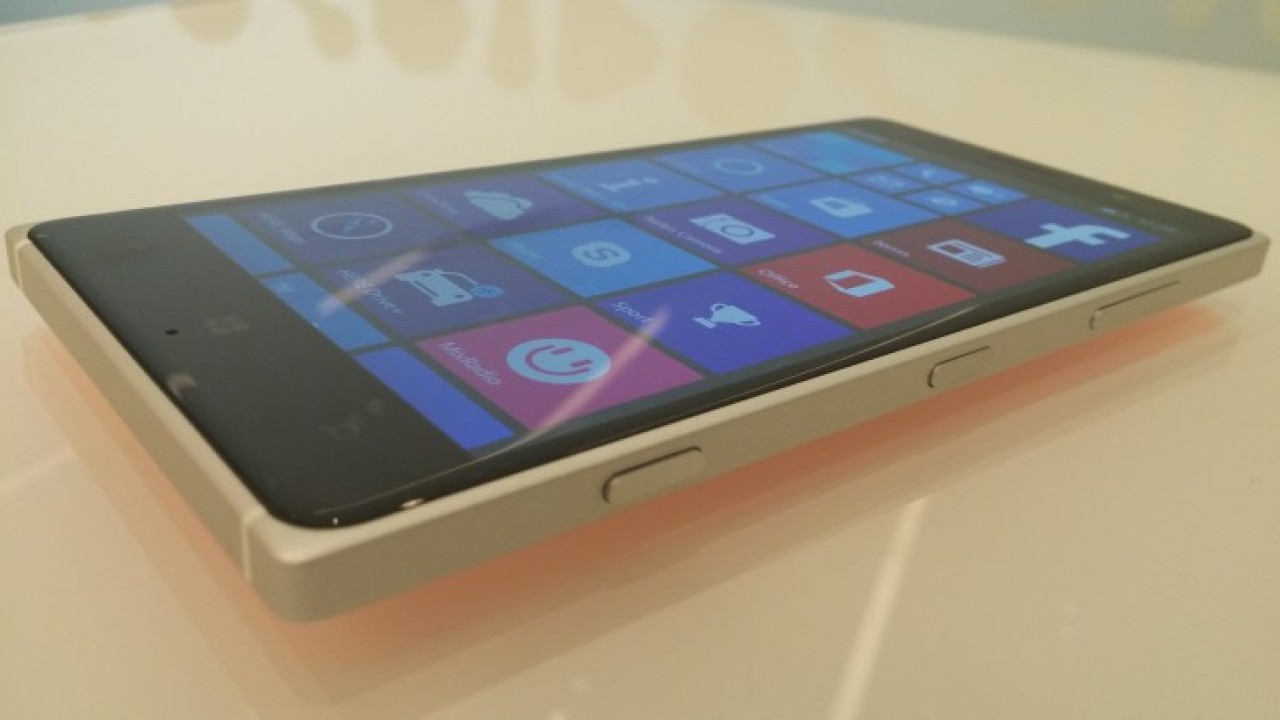 Microsoft has today announced the Lumia 830 – its latest in a long line of camera-focused smartphones – but rather than aim it clearly at the ‘premium’ segment of the market, Microsoft has attempted to provide a unified Windows Phone experience across a range of devices in order to provide greater consumer choice.

While that’s admirable, bringing high-end features and specs to the lower-end of the market usually results in a compromise too far – so how does Microsoft’s ‘affordable flagship’ measure up? We went hands-on to find out.

The device clearly takes cues from the recently released Lumia 930, and sports a more square-edged design than other members of the family like the 1020 – and that’s a good thing. Like other Lumias though, it’ll also be available in a range of colors, including orange, green and black.

Similarly, Microsoft has worked to keep the overall thickness – it measures just 8.5mm deep – and weight of the device down too. Officially, it weighs 150 grams, which makes it notably heavier than the iPhone 5s’ 112 gram weight. But then, it has a 5-inch screen to house, rather than the 4.x-inch of Apple’s flagship.

It’s an impressive display too, although not quite the full HD (720p) panel you’ll find on more expensive rival handsets like the LG G3. Nonetheless, it’s bright and crisp enough to please most people, if not display purists.

One of the areas in which the Lumia 830 could potentially feel compromised is with that 1.2GHz quad-core processor; rivals are often delivering chips clocked to above 2Ghz. In our brief testing, we didn’t notice any problems arising from the slightly less gutsy processor, but then we didn’t get to test it with any particularly challenging tasks either.

Where much of the focus has gone here is on the PureView 10-megapixel snapper.
Clearly, it’s unlikely to deliver the same quality as the 21-megapixel camera on the 930 or the 42-megapixel affair found on the Lumia 1020, but with Nokia’s bespoke camera apps and features on board, there are plenty of options for post-snap tweaks.

While we didn’t get much of a chance to test the camera out, we did take a quick look at the new dedicated Selfie Camera app, which allows you to do things like take a selfie using the rear camera simply by aiming the rear-mounted camera at your face. Once it detects that it’s looking at your face, it starts to beep to count down until the image is taken. Happily, it worked first time.

The key point to all of this isn’t that the Lumia 830 aims to deliver a revolutionary experience, it aims to deliver the same experience as the most expensive Lumia in the range, but at a middling price point.

That price is set to be around €330 ($430) – making it around €200 cheaper than a true high-end device. Whether or not this turns out to represent good value for money remains to be seen (and we’ll be taking a closer look at the Lumia 830 in our upcoming full review) but on paper it seems to tick most of the boxes.