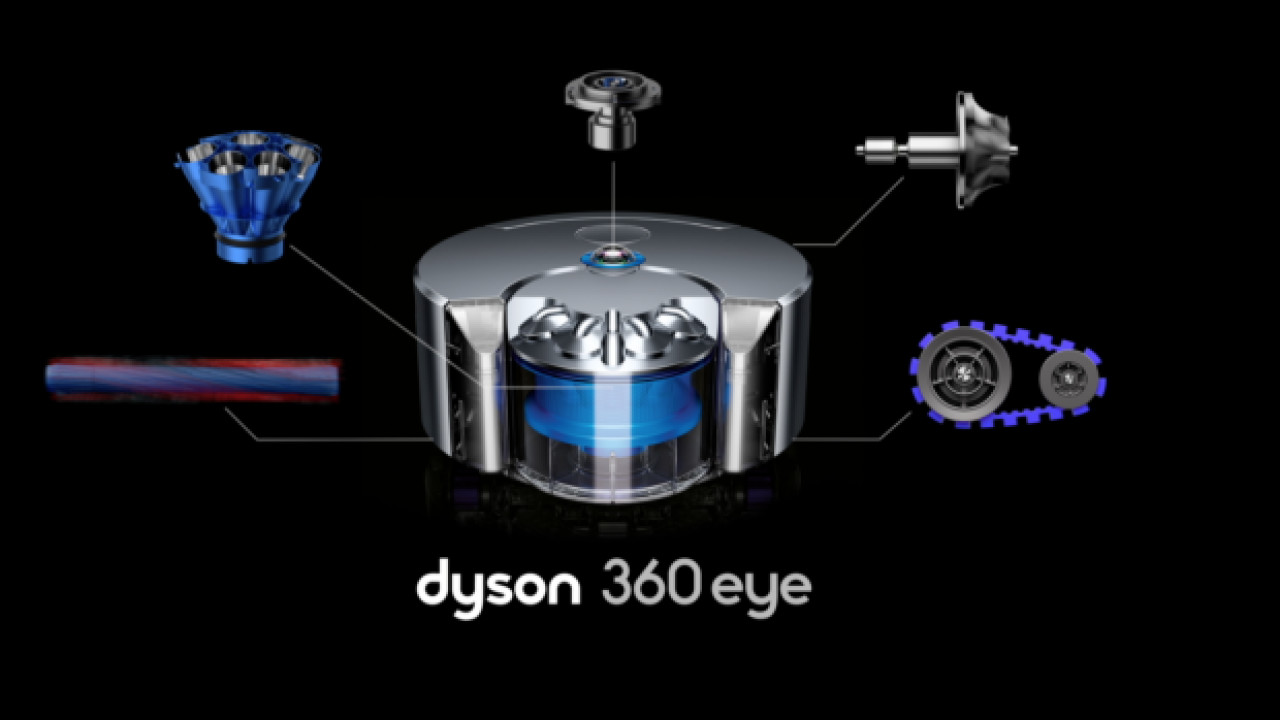 For those tired of doing all the manual sucking and blowing – when it comes to cleaning house, of course – Dyson has announced the 360 Eye, a robot vacuum that’ll do all the dirty work under your commands.

The Dyson 360 Eye features the company’s proprietary Root Cyclone technology to spin dust and dirt into tiny particles. As its name suggests, the device is equipped with a 360-degree panoramic camera and infrared sensors to detect its surroundings, allowing for precise positioning and efficient navigation.

The machine is designed to work on all floor types, using a combination of carbon fiber brush for hard surfaces and nylon bristles clean carpets. It’s even got mini terrain tracks to help move it through small obstacles.

You can also schedule the 360 Eye to clean house via an Android or iOS app. The machine can run for approximately 30 minutes at full charge, and self-docks at the sleek, thin charging station when battery is low.

The Dyson 360 Eye is expected to launch in Japan in spring 2015, with an international release later in the year.