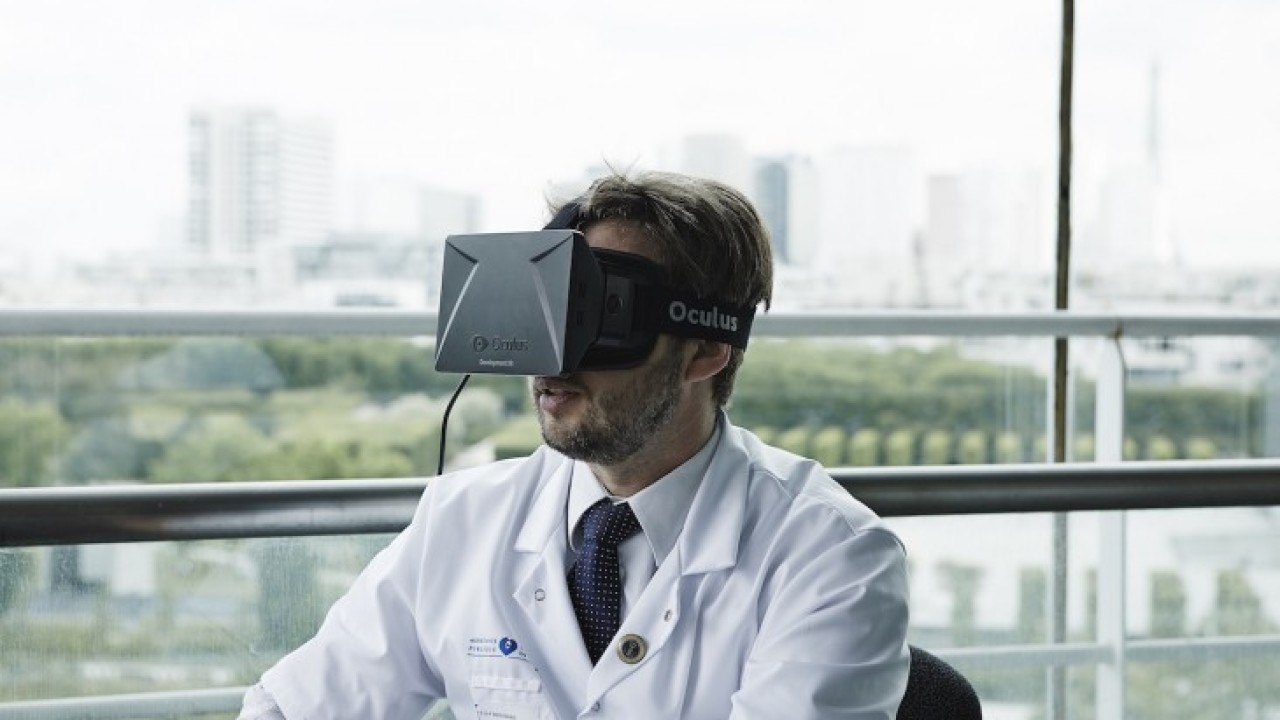 But how else could the device be used? Well, how about surgery.

As Polygon reports, a project funded by the MOVEO Foundation has allowed surgeons to capture an entire medical procedure from the surgeon’s perspective. Whereas before, a medical student would often need to participate in the surgery – missing some of the process and techniques – the Oculus Rift allows them to relive everything from the lead surgeon’s point of view.

The video was shot with GoPro’s Dual HERO system, which is a special housing for capturing video with two HERO3+ Black Edition cameras. Synchronised footage can then be converted to 3D in post-production.

It’s a novel training tool and in the video above, it’s suggested the technology could one day be used to broadcast live surgical procedures too.

This Medium post by Remi Rousseau, who kickstarted the virtual reality project with the MOVEO Foundation, has more information.

“The Rift won’t be a medical device,” he suggests. “Facebook probably doesn’t want to deal with FDA issues and the medical market is a small niche compared to their usual audiences. But it’s clear that the technical advances of the Oculus team (in latency reduction for instance), the systematic sharing of their research and the emergence of skilled VR developers among game developers will boost the field of medical VR for the next decades.”

Oh, and if you own a Rift, you can experience the procedure for yourself via this link. Be warned, it’s probably not for the faint-hearted.