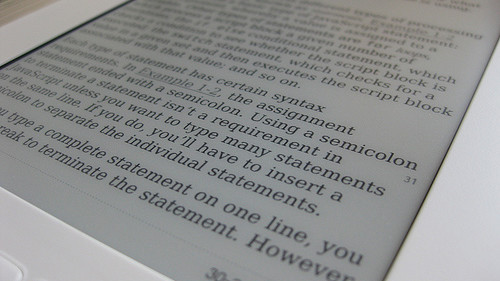 Sony has announced it’s to give up selling e-readers due to failing to compete within a crowded market.

This follows the company’s decision earlier this year to stop selling e-books to customers, directing them to competing service Kobo.

Today’s announcement means the Sony PRS-T3 has become its last e-reader model to be made.

You can’t help but notice that as Sony quits the industry, Amazon’s Kindle remains on top with a 90 per cent market share.

➤ Sony gives up on selling e-readers [BBC, via Lesen]