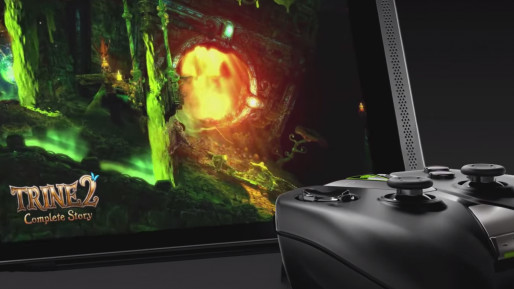 NVIDIA’s portable Shield gaming console was a niche device that failed to resonate with players. Undeterred, the company is back with a successor called the Shield tablet, which swaps the quirky controller and display hybrid for a more familiar slate and separate gamepad setup.

Running on a Tegra K1 chipset, the Shield tablet boasts an 8-inch, full HD display and a stylus. It runs on Android and comes with 16GB or 32 GB of internal storage, which can be expanded by up to 128 GB with a microSD card.

Similar to the original Shield, the new Shield tablet supports NVIDIA’s GameStream technology so that players can access over 100 titles from their PC. There’s also a Shield Hub app that will highlight 400 Shield-optimized games on top of the thousands of Android titles supported in the Google Play store.

The Shield Tablet also comes with ‘ShadowPlay,’ which lets players record and broadcast “virtually any Android game” to Twitch. The video game live streaming service has blossomed in recent years and such wide support could make it a popular choice with players who regularly use the service.

The Shield is available for pre-order now, starting from $299. A 16GB Wi-Fi version and 32GB Wi-Fi/LTE version will be available, alongside the new wireless controller for $59 and tablet cover/kickstand for $39.