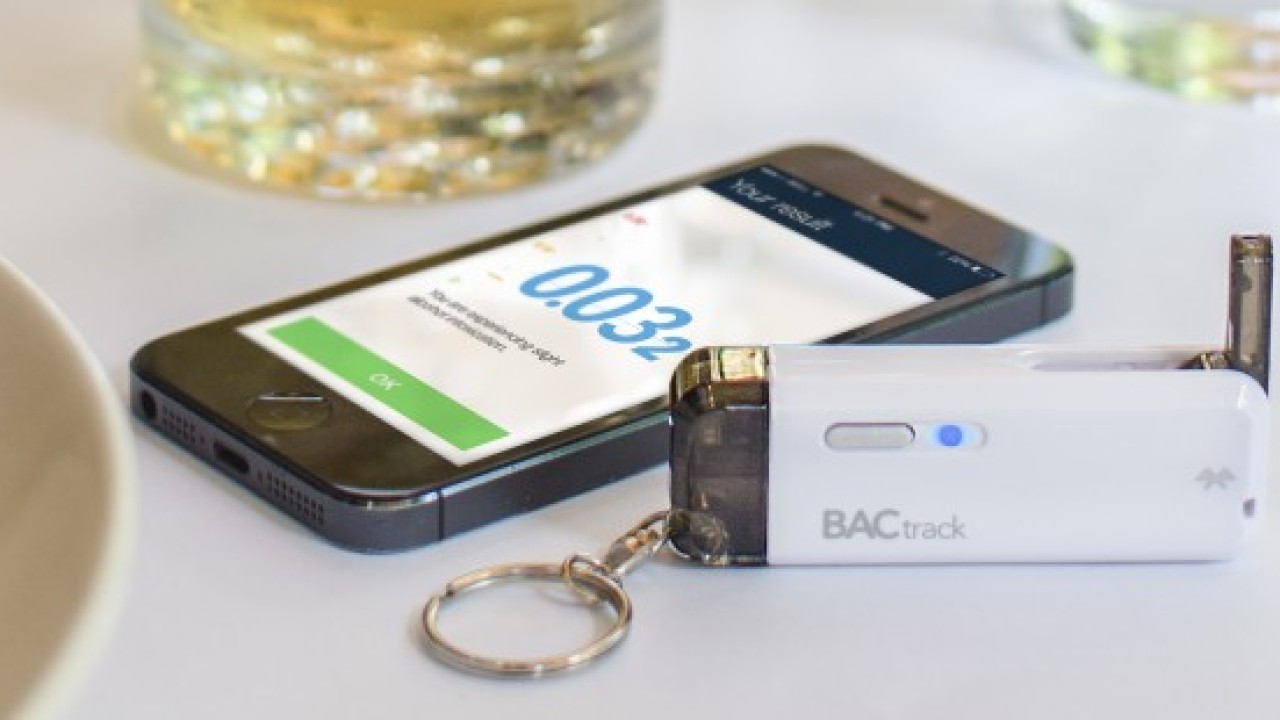 Breathalyzer maker BACtrack today announced the BACtrack Vio, a $49.99 alcohol testing unit that fits on a keychain and feeds the results over Bluetooth to your iPhone or Android smartphone.

BACtrack has been making breathalyzers for years, but it didn’t release its first smartphone unit until last year. The new Vio is more compact and affordable than the original BACtrack Mobile.

Alongside the product launch, BACtrack has also released an improved app with a better-looking design and new features like the ability to guess your blood alcohol content ahead of time.

The Vio is a bit thicker than a large USB stick, but it’s not too big for your pocket. The device is powered by a AAA battery, which I prefer over the rechargeable micro-USB batteries that some units have. To test your levels, open up the app on your phone, hold down the button to pair the Vio and then wait for the device to warm up.

Keep in mind that you should wait 15-20 minutes after eating and drinking to test in order to ensure accurate results. Once your reading is in, the app will suggest how much time you have before you’re sober again. You can also save your results over time if you’d like to keep a history of your consumption and how it affects you.

As I wrote last year, I’m a big supporter of the move to use our smartphones to make breathalyzers readily available to consumers. Most drinkers have to just guess what their limits are. The extra data could save lives.

Smartphone breathalyzers aren’t going to single-handedly do away with drunk driving, alcohol poisoning and other related problems, but if they make even a small dent, they will have proven themselves as powerful technology. Considering how convenient and affordable BACtrack’s Vio is, there aren’t many obstacles to keeping one on hand. If you’re a regular drinker, I recommend that you pick up the Vio, or a competing product like the Breathometer or the Alcohoot.