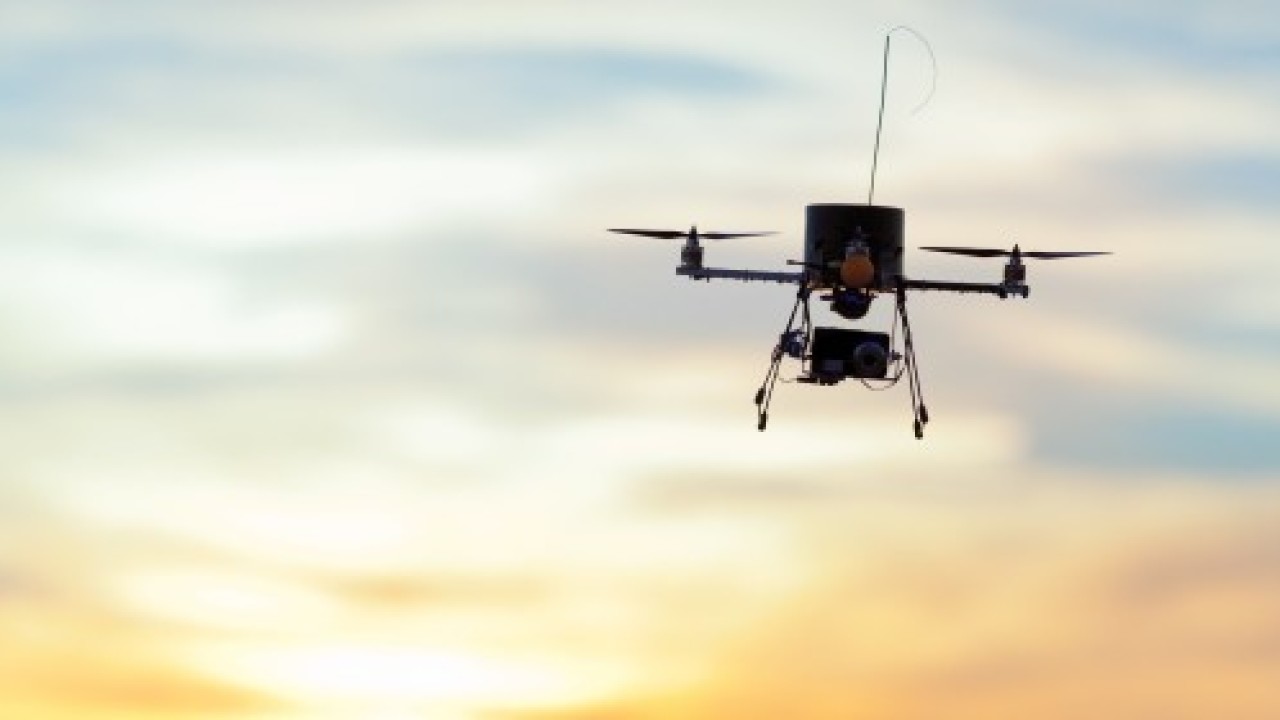 We’ve all seen impressive drone footage, whether that’s testing reusable rockets in the desert or a timeless birds-eye view of New York City, but if you’ve ever considered taking the plunge and forking out for one yourself, there are one or two things you should probably know first.

So, we’ve put together a little guide to the dos and don’ts to point you in the right direction with a little input from the relevant authorities in the US and UK.

Depending on where you are in the world, there are obviously different rules – just today, Spain published its own set of temporary regulations governing drone use. Don’t consider this legal advice, consider it a jump-off point for your own research; a little background info and some good old-fashioned common sense that probably could be applied wherever you are.

In the US, non-commercial drone use is still a mostly unregulated affair, although we wouldn’t necessarily expect it to stay that way indefinitely. Official regulations refer to all unmanned aerial drones as UAS (unmanned aerial systems) and don’t differentiate for personal drones. All guidance relating to ‘model aircraft’ use is exactly that – guidance, rather than ‘regulation’.

The Federal Aviation Administration (FAA) is in charge of overseeing airspace in the US and the guidance for non-commercial users. With the increasing realization for the potential of drones, it’s already looking closely at how – and when – they should be permitted for use by businesses (or individuals for commercial activity) in the US. All model aircraft use for business or commercial use in the US is already subject to FAA regulation.

However, if you’re hoping that Amazon’s delivery drones are just around the corner, you’ll be disapointed. The FAA ruled recently that drone use for business purposes will remain banned for the immediate future, but that hobbyist use is still OK for now, providing you follow a few rules.

Specifically, the drone must be kept in your line of sight and clearly observable from your position on the ground, along with a few less-specifically defined pieces of guidance which are more applicable to model aircraft:

“Users are advised to avoid noise sensitive areas such as parks, schools, hospitals, and churches. Hobbyists are advised not to fly in the vicinity of spectators until they are confident that the model aircraft has been flight tested and proven airworthy.

Model aircraft should be flown below 400 feet above the surface to avoid other aircraft in flight. The FAA expects that hobbyists will operate these recreational model aircraft within visual line-of-sight.”

Obviously, there are a few differences between model aircraft and personal drones – the addition of a camera, in many cases, being just one – so make sure you look into any other applicable laws in your own State regarding the operation of drones or capturing of personal images.

It’s worth keeping in mind here that the classing of drones as business use still applies even if you’re using one over private land at less than 400 feet – even if that activity isn’t directly making you money. For example, a realtor using a drone to take aerial shots of a property is still in breach of the rules and cannot be operated under section 336 of Public Law 112-95 which covers hobbyists.

Two drones do in fact already have certification for commercial use – the ScanEagle and Aeroenvironment’s Puma drone – but are only cleared for use in the Arctic. Neither of them are particularly like the sort of consumer drones available to purchase today anyway.

There also seems to be a general understanding that the FAA isn’t responsible for airspace under 400 feet, but this is incorrect, it says. According to the organization, it has broad provisions that cover from the ground up.

“Consistent with its authority, the FAA presently has regulations that apply to the operation of all aircraft, whether manned or unmanned, and irrespective of the altitude at which the aircraft is operating,” it states.

The FAA was planning to look at the use of drones for commercial purposes again and potentially put something more concrete in writing next year, but according to a recent review of the FAA’s progress, it’s falling massively behind its target delivery dates for any regulation covering UAS.

Again, we wouldn’t be surprised to ultimately see some provisions that cover personal drone use too.

Update: The section above has been edited to clarify that model aircraft in the US are currently subject to FAA ‘guidance’ rather than FAA regulations.

Personal use of drones, usually referred to as UAV’s in the UK, is governed by the Civil Aviation Authority (CAA) Air Navigation Regulations, and in very basic terms the most pertinent rules for drone enthusiasts are:

Additionally, it’s worth bearing in mind that if you’re flying it and collect identifiable images of individuals, you’ll have to conform with the Data Protection Act (DPA) or seek the appropriate exemptions – in most cases non-commercial use is permitted, but you can’t then later use any of the images or footage you captured for gain.

Again, if you want to use your personal drone within these minimum distances of people, you’ll need an exemption or waiver from the CAA.

In general, it’s best to keep away from people, but a little common sense can go a long way, Simon Rice, Technology Group Manager at the Information Commissioners Office (ICO), told TNW.

“A drone in itself is not processing any personal data until you strap a video camera to it… It’s only really when you start strapping on sensors, whether that’s cameras, thermal imaging, or whatever it might be, then the privacy implications start to arise. When you’ve got a camera involved it’s not a million miles away from where we are with CCTV… Obviously it’s a slightly larger problem because they’re mobile.”

Rice added that from the ICO’s perspective, it would also look at the purpose of the flight and how well informed people were as to that purpose.

“The more you can do to be open and up front with people and inform them, the easier it is to avoid potential difficulties..Think about how you can put those notices in place to tell people it’s not a police surveillance drone or any other drone.”

If you are in any doubt as to whether you live near or could potentially stray into restricted airspace – a heroically bad idea at all times – you can check out an interactive map before you set out. US or UK, it doesn’t really matter, flying one near an airport is pretty likely to land you in trouble, as your common sense should probably tell you.

There’s also another whole set of guidelines if you want to use drones or model aircraft flown in first-person view, which can be found summarized here.

Well, for one thing, it means you just sat there and read all those words for nothing. For another, it means you could land yourself in hot water legally.

We’ve already seen how realtors in the US could potentially get into trouble for drone use related to commercial activity, but don’t go thinking that you’re safe from prosecution in the UK. A photographer has already been cautioned for using a drone to collect aerial images of a fire that had broken out because he later sold them to media outlets.

It’s not just commercial infringement to be wary of though. In April, the UK issued its first conviction related to recreational use of a drone to a man that nearly crashed one into a bridge after allegedly flying it too close to a nuclear facility.

You can see the footage from the fateful flight, including the moment the drone narrowly misses a bridge. That cost him £3,500 in legal costs and an £800 fine.

On the other hand, some cases in the US brought by the FAA against individuals operating drones have been thrown out of court, so there’s clearly more clarity required around the subject on both sides.

Well, pretty much anything you want, providing it’s within the confines already laid out.

So that could mean making insanely good surfing videos – you’ll need some friends that are good at surfing for that one though – or simply getting an aerial take on a family gathering.

In other spheres, like the art world, the possibilities for drones are already being explored. For example, the Barbican Centre in London is holding an event called LOOP>>60Hz: Transmissions From The Drone Orchestra, which will use algorithmically-driven drones choreographed to music for an indoor display.

For personal usage, it’s important to keep in mind that even if you’re flying within regulations, you’ll want to make sure you respect people’s reasonable expectation of privacy as well as any other laws you could be breaking. Innocently keeping tabs on that neighbour you like with a drone is very much a no-no for reasons (legal and otherwise) beyond CAA or FAA regulations.

In the fullness of time, we’ll likely see smarter drones, capable of interacting and ‘talking’ with each other automatically and these will likely bring with them a new set of regulations, which could ultimately help the hobbyist – it’s really hard to know what is allowed, if what isn’t allowed isn’t clearly defined.

Somewhat marred by the association with military drones right now, the common perception of ‘personal drones’ as a term will continue to become further removed from its military roots – it’s easy to forget the internet grew out of DARPA research, but it’s no longer specifically associated with the military. With more guidelines for safe and legal usage, consumer adoption will continue to grow, and by extension, drones could increasingly become more useful and transformative for our lives.

As for commercial adoption, that’s a whole different set of hurdles to overcome…