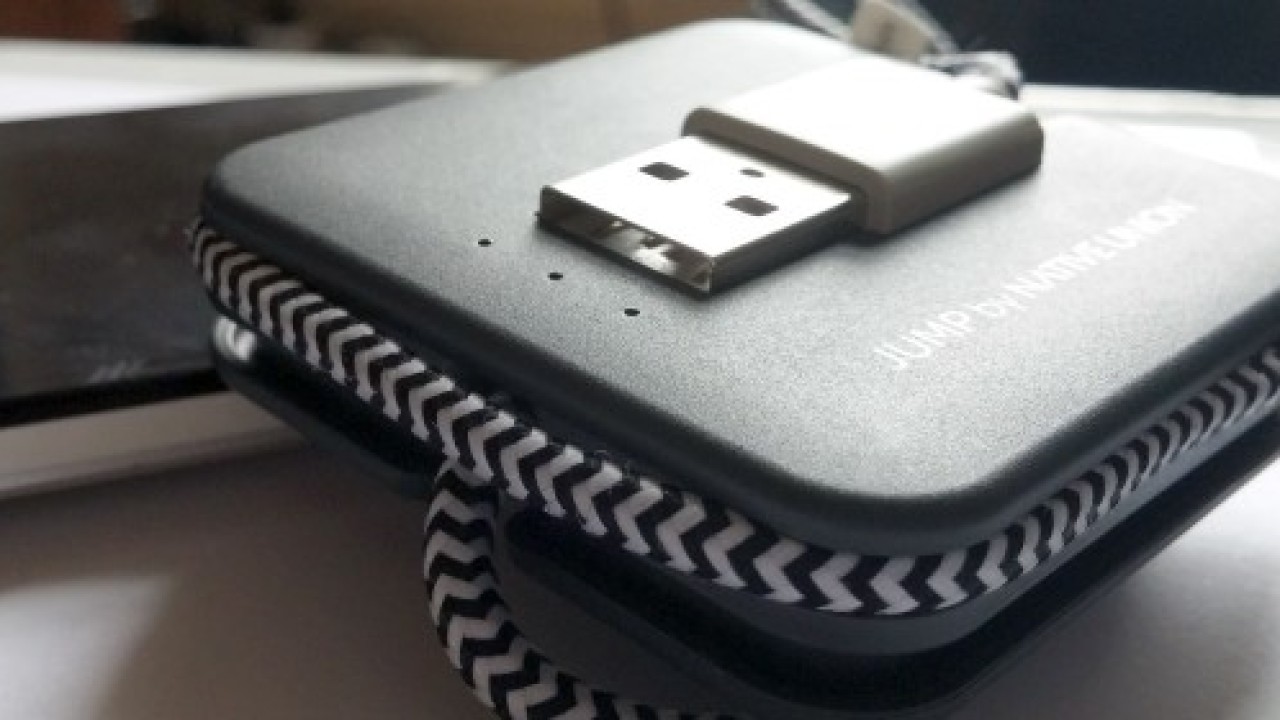 Following a highly successful Kickstarter campaign during which it raised nearly 10 times its target funding, Native Union’s JUMP cable is now available to buy in the US and UK.

The device itself is a small portable battery charger designed to let you recharge between a quarter and a third of your smartphone’s battery, according to the company.

While that might not sound too impressive considering some of the other portable battery chargers we’ve looked at before, the JUMP isn’t trying to charge your phone two or three times, it’s trying to be small and unobtrusive, which it mostly manages.

The idea behind it is that you use the JUMP cable in place of your regular cable when you charge your device, thereby meaning you never need to remember to carry a spare standalone charger with you.

As you use it, the JUMP charges your phone and the little box in the middle of the cable at the same time, thereby providing you with an extra bit of charge when you need it most.

The JUMP has been designed so that when the cable’s not in use, each connector fits neatly into place, making it easy to squeeze into your pockets – the unit is square, and a little narrower than a credit card meaning it’ll even fit into the small coin pocket in your jeans, which not too many mobile battery chargers can claim.

In reality, the exact amount of extra battery life it’ll give you depends on your phone and how big its battery is. The company claims an average of a quarter to a third of a full charge. I got around 20 percent on one occasion, but on another (when I was listening to music from the phone via a Bluetooth speaker) I got an additional 10 percent charge, plus about 30 minutes of music playback while it was charging.

As you might expect, if you plug the JUMP into a USB slot without having your phone plugged in the other end, it’ll charge a little quicker than doing both at once. Either way, with capacity of just 800 mAh it doesn’t take too long to refill (or too long to discharge) and there are three little LEDs indicating how much juice is left at any time.

Whether the Native Union JUMP cable is worth the $49.99/£39.99 asking price is really down to how much you value peace of mind. It’s a viably small and portable source of power to get you through the last few hours at the end of the day, and it seems to live up to its promise of around 25 percent extra battery life, depending on your device.

The only thing that really concerns me is how tightly the cable fits into place when wrapped around the JUMP. It’s really quite snug, which means the easiest way to remove each end is to actually pull directly on the connector, which probably isn’t the best idea in the long run.

Ultimately, it’s a lightweight charger that provides the peace of mind that your battery will make it through a night out, whereas the Dark Energy Reservoir is designed to potentially get you through Glastonbury Festival. But then, you wouldn’t really want to carry that in your pocket all weekend, which is really the point behind the JUMP.