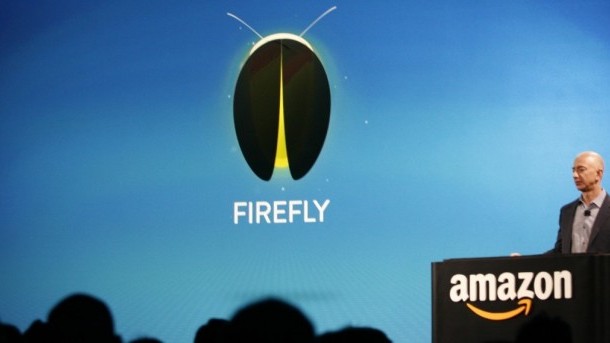 Alongside the launch of the Fire Phone, Amazon announced Firefly, a new service for identifying products and information out in the real world. Of course, Amazon will also help you find links to purchase those items when relevant.

As the debut device for Firefly, the Fire Phone will include a dedicate button that you can press to quickly scan an item. Firefly will recognize phone numbers, UPC, bar codes, URLs, books, TV shows, art and more. Amazon claims that the service, which builds on Flow OCR technology it already has in its mobile apps, can recognize more than 100 million products.

A demo by CEO Jeff Bezos showed Firefly recognizing the audio from a specific episode and scene from Game of Thrones. Amazon’s X-Ray can then provide more information about the show.

Firefly will include an SDK so that developers can extend the service to cooperate with their own apps. The vision for the service extends beyond commerce. For example, Amazon mentioned using Firefly to scan foods you eat into MyFitnessPal to get nutritional information. Or, you could also use the Vivino app to scan a wine label to learn more about how it tastes.

Firefly is designed to work even with glare, wrinkles and curves. Amazon uses “semantic boosting” to recognize items and check on the validity of the information.