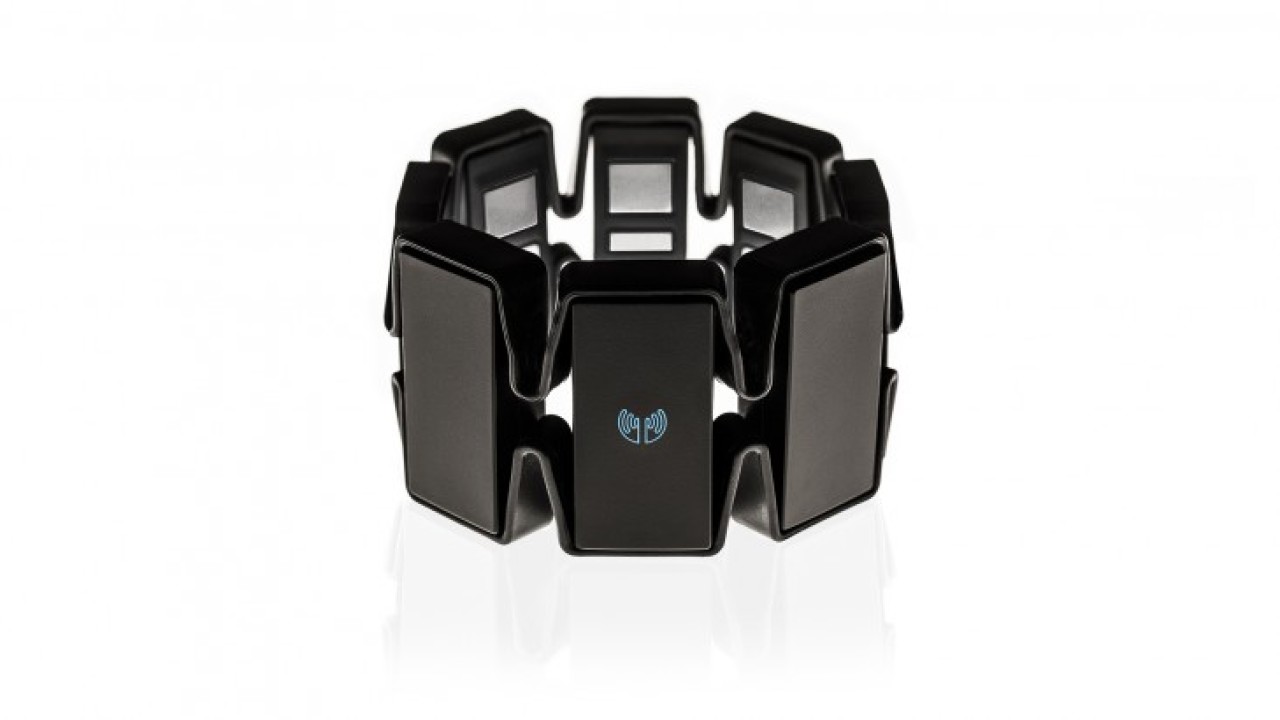 Thalmic Labs is one step closer to unleashing its MYO gesture control armband on the world. The company today revealed the final design for the device, which lets you control and interact with technology using only your fingers and hands.

The prior design looked quite bulky, with a solid strap that covered the entire circumference of your arm. In the new version, Thalmic Labs has cut the armband down to “nearly half the thickness” and used a new design that reveals more of your skin. A zigzagging line connects each block in the MYO armband, giving it a futuristic and stylish aesthetic.

The MYO can be worn just below the elbow on either arm, and detects the electrical activity produced by your muscles. It connects to other devices using Bluetooth Low Energy and can be used for a wide range of functions; in a promotional video, the user can seen stopping a track in iTunes by clenching his fist, as well as swiping through webpages by waving his hand up and down.

Thalmic Labs will be hoping that third-party developers embrace the device though – it launched a developer program last July, giving curious minds access to various documentation and APIs related to the hardware. Without widespread software support, it’ll be little more than a trinket on your desk.

The MYO armband is available to pre-order for $149. Thalamic Labs will start shipping developer kit pre-orders next month, before sending out non-developer orders in September. All customers will receive the final hardware though – and the armband will be available for general purchase this fall.