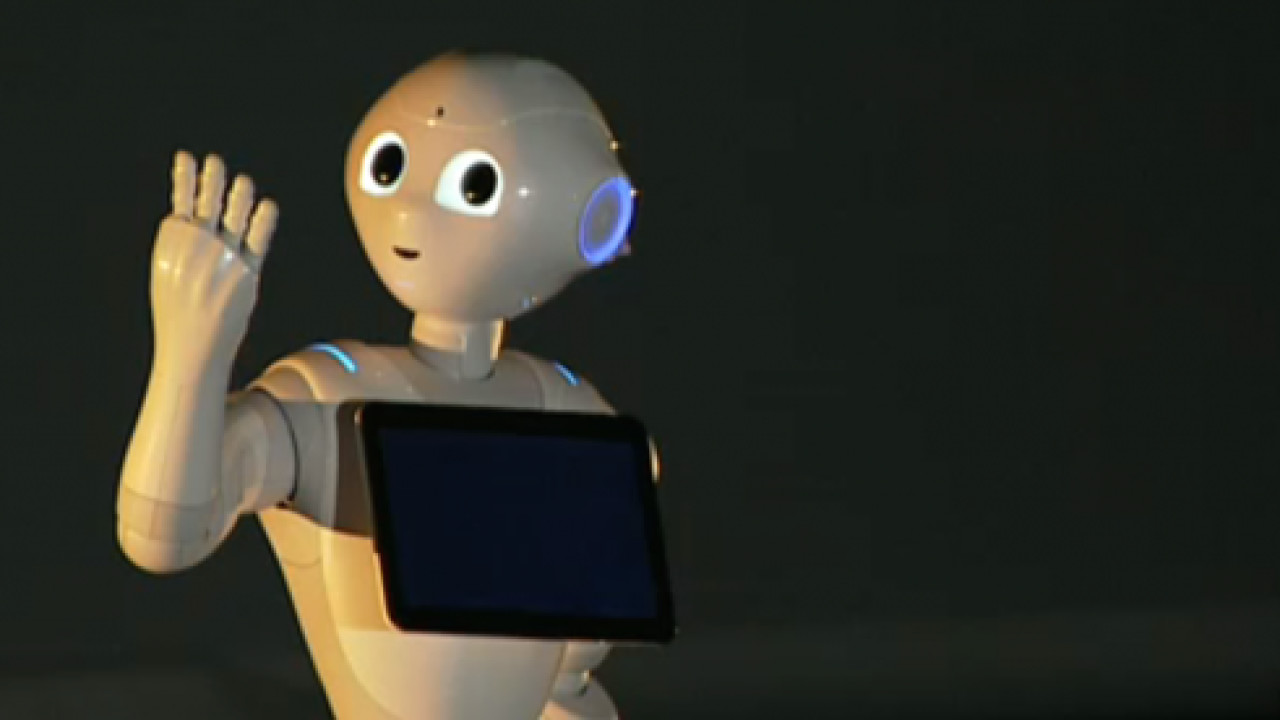 SoftBank is known for having many business interests — from an early investment in Alibaba, to the Sprint deal in the US — but now the company is moving into robotics with an “emotionally-aware” humanoid called Pepper.

Pepper was unveiled at a press event in Tokyo, and it is designed to perform a range of tasks, from customer service to helping out with family jobs, all while gauging the emotions of people around it. The robot uses an ’emotional engine’ developed by SoftBank, which is powered by a cloud-based artificial intelligence system. Each robot provides feedback from its experiences into the cloud AI, in a process designed to help them collectively improve their intelligence and awareness.

SoftBank is putting Pepper to duty right away, the robot will be deployed at two of the operator’s stores in Tokyo from tomorrow. However, it won’t go on sale to consumers until February 2015. Interestingly, founder Masayoshi Son says Pepper units will be priced at 198,000 yen — which is just over $1,900 — to keep them on a par with the cost of buying a computer.

Softbank will open up the platform to developers later this year when an SDK is released at a developer conference in September.

The initiative is the result of SoftBank’s partnership with French robotics company Aldebaran, which has deployed 5,000 robots worldwide across research, education and care programs. SoftBank invested in Aldebaran last year, and it has reportedly brought on Foxconn to cover the manufacturing side of the business.

“This is something that will change the way we think, live and work,” Alderbaran founder Bruno Maisonnier said at today’s event. “This is a new category of artificial beings… robots that can read your emotions.”