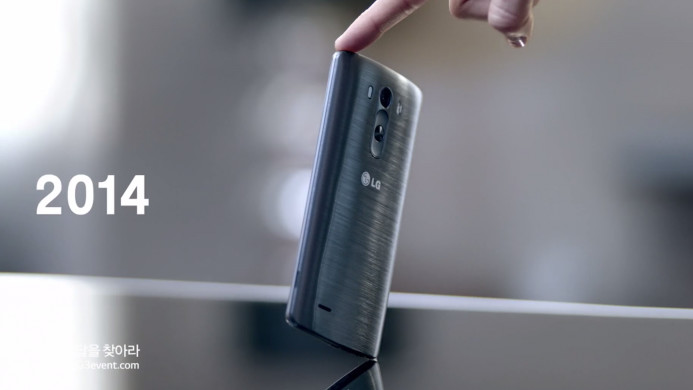 LG will be launching its new G3 Android flagship next week, but following multiple leaks, it appears to have practically given up on maintaining any secrecy around its next device.

The manufacturer has put up three short videos on its official teaser site, offering some crucial new details about the design, display and camera. The first is an unobscured view of the smartphone’s rear-side, which features a brushed metal finish – or a material impersonating it – and the LG logo. The front of the device was spotted in an earlier video for its QuickCircle Case, so you can easily put the two together and visualize what it’ll look like in the hand.

The display teaser, meanwhile, confirms the Quad HD resolution (2560 x 1440), while the final video centers on the camera. Some text flashes across the screen for the latter, but it’s all in Korean – I’m not much of a translator, unfortunately.

Heading into the launch event next week, it’ll be interesting to see whether LG can still surprise us. With the deluge of leaks and now multiple teaser videos out in the open, it seems the G3 has all but revealed itself.