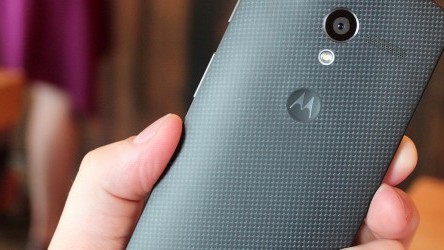 Corroborating a tweet published by @evleaks, Motorola has updated its Moto Maker site with mention of a new handset called the Moto X+1. This is presumed to be a successor to its flagship Moto X smartphone, which Motorola plans to release in “late summer“.

The tidbit was spotted by MobiFlip, but unfortunately there’s little else to report here. There are no images or specs to dive into, and clicking the ‘Moto X+1 Details’ button simply triggers a broken link.

Even so, its appearance suggests that the device will be unveiled fairly shortly. Motorola issued an invite yesterday for a press event on May 13, which many suggest will be for a new low-to-mid-range device called the Moto E. It could be that the Moto X+1 will be launched at this event instead, or perhaps both of them will be revealed simultaneously – although the wording “the next smartphone” implies a single product announcement.

Whatever Motorola has in store, TNW will be covering the event live as it unfolds later this month. Be sure to check our site for all the details.