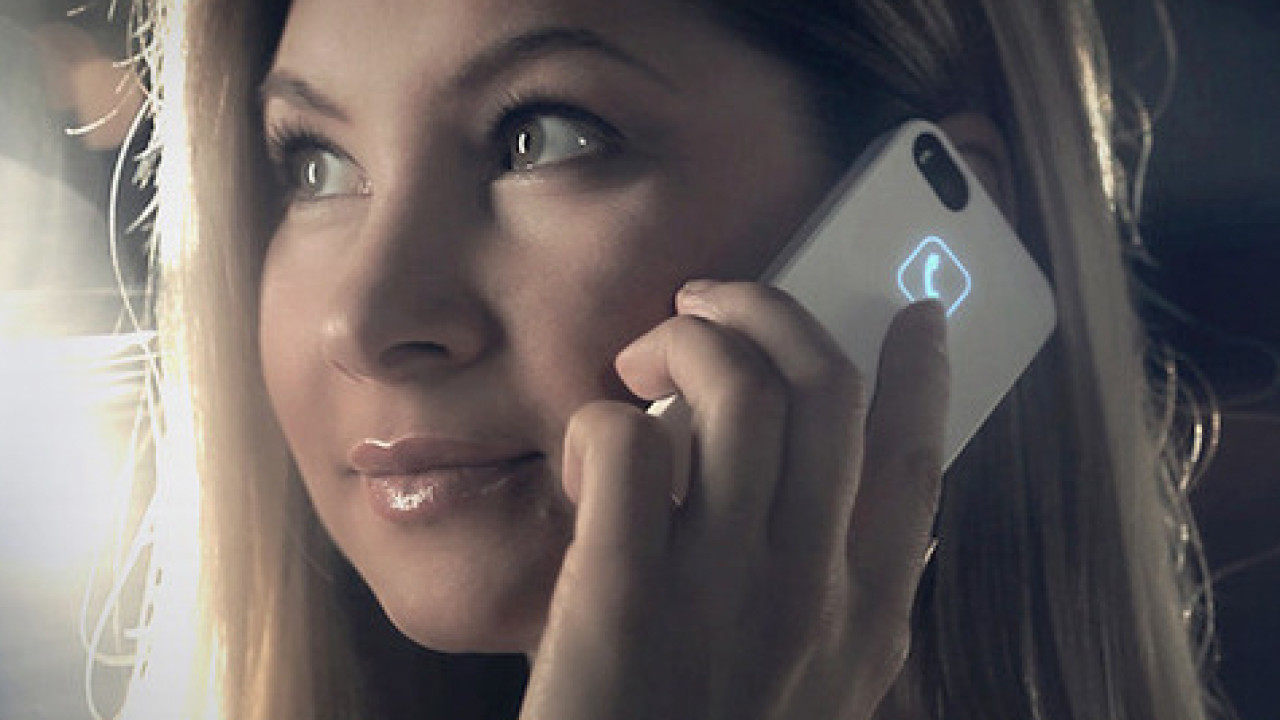 When using phones, we mostly pay attention to the front side of the gadget where the screen is, while its rear isn’t usually considered to be of any importance. Ukraine-based startup Concepter, known for its crowdfunded smartphone flash iblazr, has decided to put the back of your iPhone to use by giving it simple notifications for calls and text messages.

Surprisingly, the $50 “smart case” dubbed Lunecase, a Kickstarter campaign of which began today, does not have a battery of its own.

Moreover, it lacks any connectors as it only needs to catch electromagnetic waves that iPhone emits when receiving a call or a text to both power it and determine what exactly is happening. As a consequence, call or a text notifications appears a second before the phone starts ringing and disappears after a call has finished, or three seconds after a text is received.


The 0.125-inch thick protective case available in black and white will cost Kickstarter backers anywhere from $29 to $39, while its retail price will be $50. Providing the goal of $50,000 is achieved, first shipments of Lunecase will begin in August.

Concepter CEO Vladislav Tislenko says that developing a technology to determine the nature of electromagnetic waves — i.e., understanding which notification to show the user — was the hardest part. The startup plans to widen the range of cases later on, while no plans of catering Android users are in evidence.

It’s worth noting that Concepter team are no strangers to campaigning on Kickstarter. The startup’s previous product, smartphone flash iblazr featured on TNW back in July, was a huge success with more than $150,000 raised of the initial goal of $58,000.

Currently, together with launching the Lunecase campaign, the team of a dozen people is busy with pushing its first gadget to the US market. As Tislenko said in an interview with TNW, the company has already shipped a few thousand flashes and signed a contract with US retailer NewEgg. Negotiations are also underway with a few other US and Asian major distributors.

In addition to that, Concepter is already working on iblazr 2.0, the next generation of its smart flash and “a secret weapon full of innovations” due to be released in the end of 2014. Tislenko is apparently very proud of this but he won’t give the media any details.

In a nutshell, Concepter is an interesting startup to follow that is being built as a “Kickstarter company,” using crowdfunding not only for its first (or only) product as many do, but making the platform a basis for its whole business model.