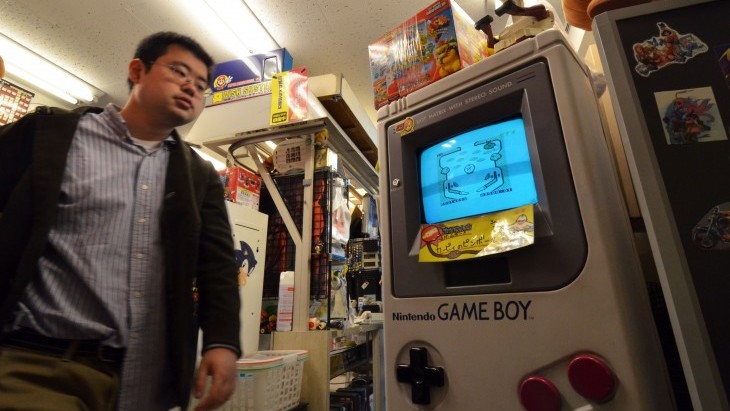 On April 21, 1989, Nintendo released the original Game Boy in Japan. It was built like a brick and rendered a mixture of black and gray pixels on a muddy green background. The console wasn’t light, slender or powerful, but it was the trigger for a new culture around video games and changed people’s perception of the interactive medium.

The Game Boy wasn’t the first handheld gaming device, but it was the first to resonate with a mass audience. The name was easy to remember and the button arrangement resembled the Nintendo Entertainment System (NES) controller. Nintendo was a brand that people trusted and the portable console launched with Super Mario Land, another high-quality outing for the plumber.

When the Game Boy launched in North America, the company bundled it with Tetris. The title needs no introduction, but its place in video game culture can’t be understated. Just as chess endures alongside increasingly sophisticated board games, Tetris’ appeal is timeless. The premise and control scheme can be explained in 15 seconds and it’s arguably the perfect representation of the classic mantra ‘simple to play, hard to master’.

Nintendo refined its beloved Game Boy with the skinnier Game Boy Pocket (1996) and Game Boy Light (1998, Japan only). Both used the firm’s original cartridge system – save files were stored on the game, rather than the console – which meant it was simple to upgrade and build an eclectic game library.

The Game Boy Color came onto the scene in 1998. Although Pokemon Red and Green had been available in Japan since 1996, it took developer Game Freak and Nintendo, acting as publisher, two years to bring them stateside. The pair was perfect for the console’s US debut and created another global phenomenon.

The Game Boy Advance (2001), Game Boy Advance SP (2003) and Game Boy Micro (2005) followed. Nintendo was unmatched in the handheld space and quick to push out new colors and features whenever demand started to slow. Remember link cables for multiplayer bouts? The Game Boy Camera and Game Boy Printer for instant photography? Time and time again, Nintendo delivered with enticing hardware and top-tier games that anyone could enjoy.

The Game Boy era ended when Nintendo unveiled the DS in 2004. Today, on the Game Boy’s 25th anniversary, we want to celebrate what was a truly marvellous  piece of consumer electronics. What was your first Game Boy system? Over the years, which game did you spend the most time playing?