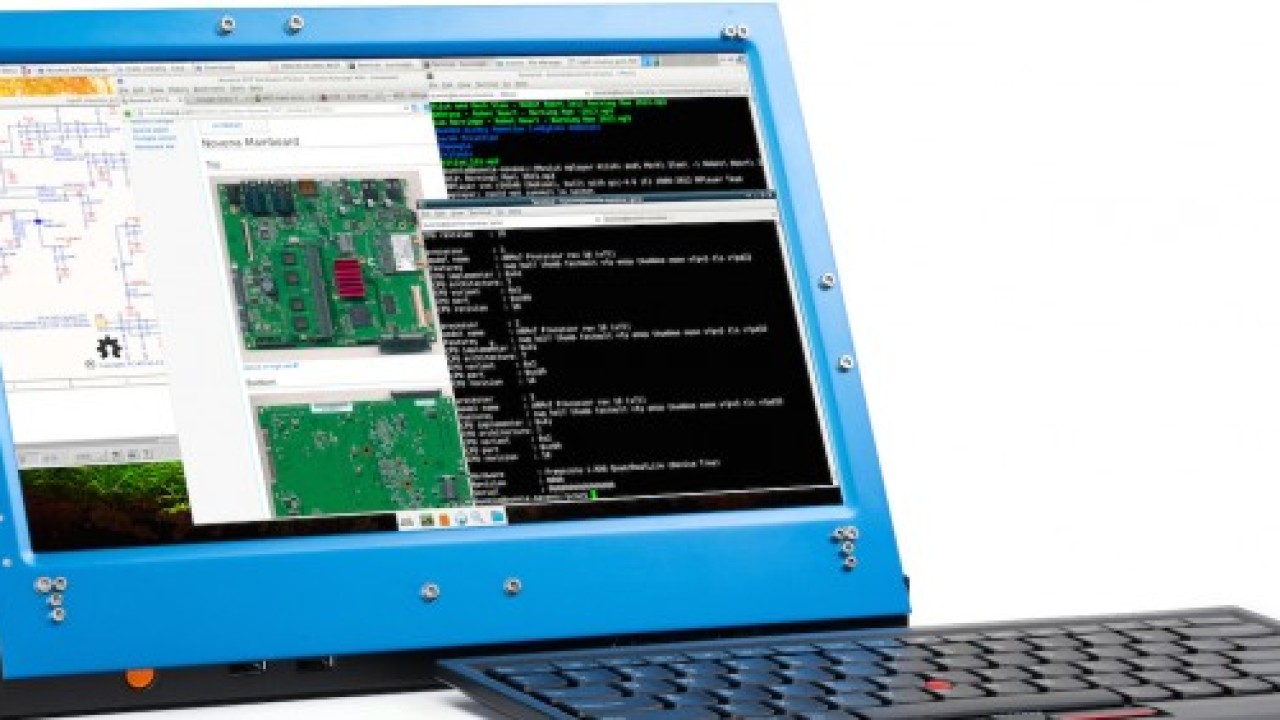 Andrew ‘Bunnie’ Huang is an American hacker who’s best known for hacking the Xbox — and one of his philosophies is: “If you can’t hack what you have, you don’t own it.”

It’s therefore no surprise that Huang has now started a crowdfunding campaign on Crowd Supply for what is likely the world’s first open source laptop, along with another partner Sean “xobs” Cross. Open source software has already been widely adopted in the tech industry, in which developers can get their hands on the source code and compile it into their own programs. However, hardware tends to come pre-packaged, with consumers typically not allowed to see what goes on inside. Huang tells TNW in an interview:

You’re not supposed to open your iPhone, it’s on contract with your carrier — if you break it, you have to fix it. So we’re trying to change that trend and give people the power that they need to hack and modify their products…

Basically we’re giving you fully jailbroken hardware. We never put the hardware in jail. So the reason you have to jailbreak a phone is because they took the hardware and locked it up. We don’t even lock it up. We give you everything — you’re a free man.

Huang’s Novena open source laptop allows users to download all the plans and details on how to build, change and modify it — which essentially means that the actual design of the laptop itself is fully open, and users can adapt it to suit any other use cases they can think of.

You can, however, use it in its original state too, as it comes with a basic word processing suite, a Web browser and a movie player among other typical features.

“In terms of the computation power it’s fairly basic, so it’s not like super awesome in graphics. But in terms of computing capability, it’s perfectly fine for word processing and emails, and Web browsing,” Huang says. The laptop is powered by a 1.2 GHz quad-core Cortex A9 CPU with NEON FPU and a 64-bit DDR3-1066 SO-DIMM, upgradable to 4GB, and runs on the stock Linux kernel with few patches.

In general though, the Novena laptop is built for and by hackers, developers and engineers, not merely for casual consumption.

On the inside of the device, the motherboard has a lot of features that are unusual for a laptop — for example it has two ethernet ports not one, which is particularly useful for developers who want to do network inspection, Huang says. There is also an expansion port, as well as a piece of reprogrammable hardware, which lets people add on cards to extend the laptop for extra capabilities. An example would be using the laptop to measure signals to carry out diagnostics in engineering research.

The architecture of the laptop is also similar to a smartphone. Huang explains that one of the reasons is because the CPU of a smartphone is made by more companies so there is more competition and the prices are lower. This means that the open-source laptop would be useful not only for those who want to work with hardware, but for software developers as well, who get the convenience of developing on one device for multiple platforms.

Huang is aiming to raise $250,000 for his crowdfunding campaign which runs through today to May 18. A fully decked-out laptop costs $2,000 but if you only want the motherboard it’ll be $500, while the motherboard along with the LCD screen and an enclosure will set you back by $1,000. There is also an heirloom laptop for $5,000, which boasts premium design features such as handcrafted wood.

The idea of an open-source laptop is also particularly relevant now amid the fears of a lack of privacy wrought by US government spying revelations. The National Security Agency was reported to have tools for spying that spanned computers, keyboards, firewalls and servers, and was also said to be able to access offline computers thanks to radio wave technology. Huang says:

The first question that crops up with the idea of an open-source laptop though, is the clear disadvantage of having someone else copy the idea entirely and manufacturing it instead. However, Huang says that big companies wouldn’t be interested in this as it’s a niche market which likely won’t be able to rake in much money. As for individuals, it would cost too much — about tens of thousands of dollars — just to make one device. Huang says he managed to put together a supply chain that can produce low volumes of laptops that are not unreasonably expensive, and to replicate this supply chain is the challenge.

In any case, the Novena open-source laptop has to overcome the hurdle of attracting $250,000 in funds before it can meet the world. Huang is pretty confident that though the market is niche, there are enough developers and privacy enthusiasts who would be interested in owning an open-source laptop.  “The market size isn’t millions of people but there are tens of thousands of people who could probably use this,” he says.

It remains to be seen whether an open source computer will eventually be as widely accepted as open source software — but at the very least, the Novena open source laptop is the beginning of an interesting approach to disrupt the idea of traditional hardware.