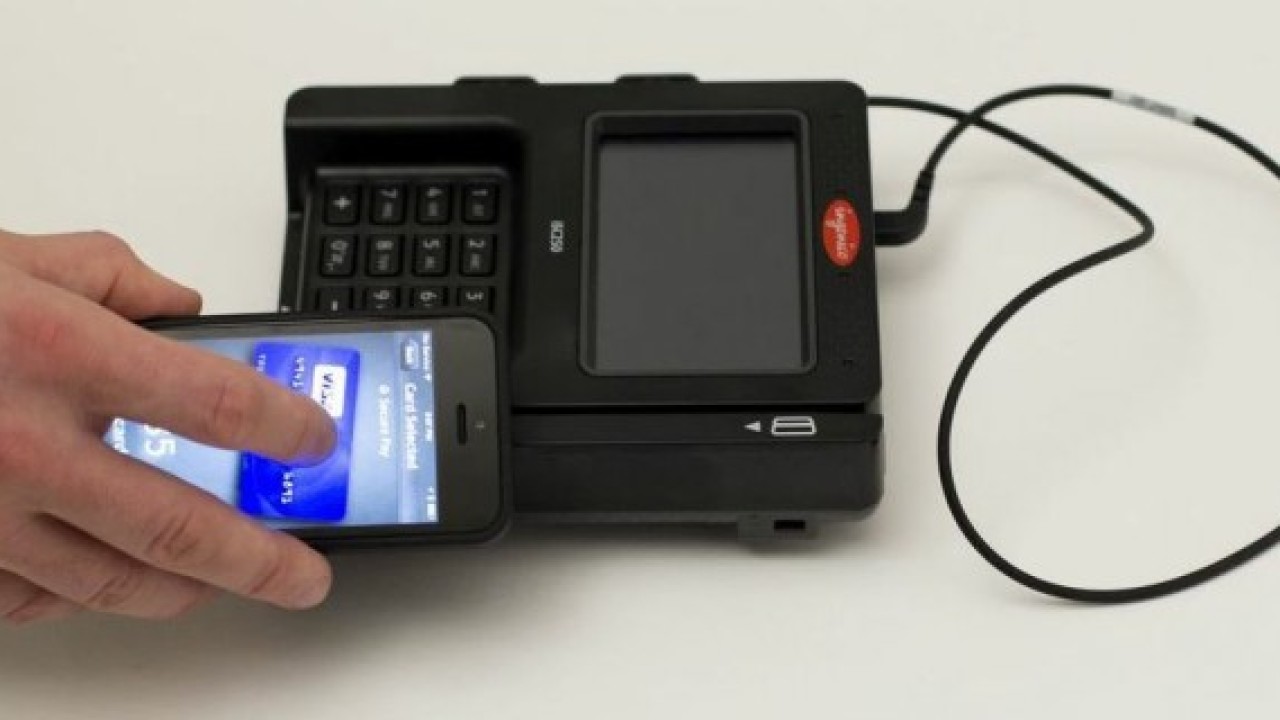 Paying for goods at retail stores with our phones has been talked about for years, but mobile payment startup Loop is close to making it a reality. The $39 Loop Fob attachment, which is available now, and the upcoming $99 Loop ChargeCase are still external to your phone, but the firm is working with manufacturers to include its technology in smartphones for as little as $1 per device.

Loop works by using a transmitter to generate a small magnetic loop that can be used on traditional point-of-sale systems in lieu of swiping a credit card. To pay, you simply hold your Loop device over the card reader. It’s an impressive hack–the kind of trick that feels more like magic than technology.

In fact, it’s reasonable to assume that merchants would respond with skepticism when you try to pay with Loop, but CEO Will Graylin says that he hasn’t had any pushback from the more than 2,000 transactions he’s made since starting to prototype the device. According to him, 95 percent of people don’t even question it.

The Loop Fob plugs into your phone’s audio jack and authenticates with the app, but it has an internal battery that lets you use it while detached from your phone. It also includes a built-in card reader for swiping your cards to save them. The ChargeCase, which is compatible with the iPhone 5 and iPhone 5s, includes about 60 percent of a full charge. While it does add extra bulk to your phone, most of us need the extra juice to make it through the day anyway, especially if you’re planning on using it as a mobile wallet.

Loop’s security settings bind your devices to a specific account and can only be unbound from within the app. The Loop Fob includes a button that you can use to initiate a payment, but you’ll have to decide how often you want the Loop Fob to authenticate with the app and your pin. You can set it to lock after 10 minutes, eight hours, or never.

Loop’s magnetic field is only about three inches, so you won’t have to worry about someone sniffing your card. While it’s possible that malicious attackers could skim your card info at the point of sale, that’s as much a risk for a physical card as it is for Loop.

The LoopWallet app also goes beyond simple payment. It can store a digital copy of your drivers’ license, as well as gift cards, loyalty programs and miscellaneous sensitive data such as passwords.

Graylin said Loop is working with card issuers to generate single-use tokens that will offer even greater security since it would make financial data dynamic for each transaction.

Coin’s smart credit card has gotten considerably more hype than Loop, so I asked Graylin what made his product better than Coin. Graylin made his point by demonstrating a predecessor to Coin. He explained that the card is extremely expensive to make because not many manufacturers can laminate the magstripe and there aren’t many suppliers for the type of battery it uses.

“Coin has to be swiped through a reader. The technology isn’t new, Coin just got a lot of buzz,” Graylin continued. “This is a throwaway battery. Nevermind $100, even $50. Even if they keep it at half-price and this is only good for a few hundred transactions and you’ve got to throw it away and start over? That’s ridiculous.”

Loop, by comparison, can be embedded in a phone for less than a dollar and doesn’t have a throwaway battery.

If Loop does take off, it will do so by standing on the clunky shoulders of existing systems. The technology simply wants to change the method of transmission (zapping instead of swiping), but it is otherwise invisible to the card issuers, the networks and the processors.

Credit card companies have spent a tremendous amount of resources on building tap-to-pay NFC solutions, but the need for new hardware and new cards has kept adoption to a minimum. By comparison, Loop boasts compatibility with 90 percent of merchants at launch.

“Nobody else in the world has ever done that,” Graylin said. “Nobody thought that this little thing [the magstripe reader] can be a contactless receiver. Everybody assumed, including Coin, that you need to make contact.”

Loop’s technology definitely qualifies as ingenious, but it still has to convince consumers to adopt it. The startup’s first generation of products still include a number of compromises to convenience and design, but it has a decent chance at finally turning your phone into a wallet.